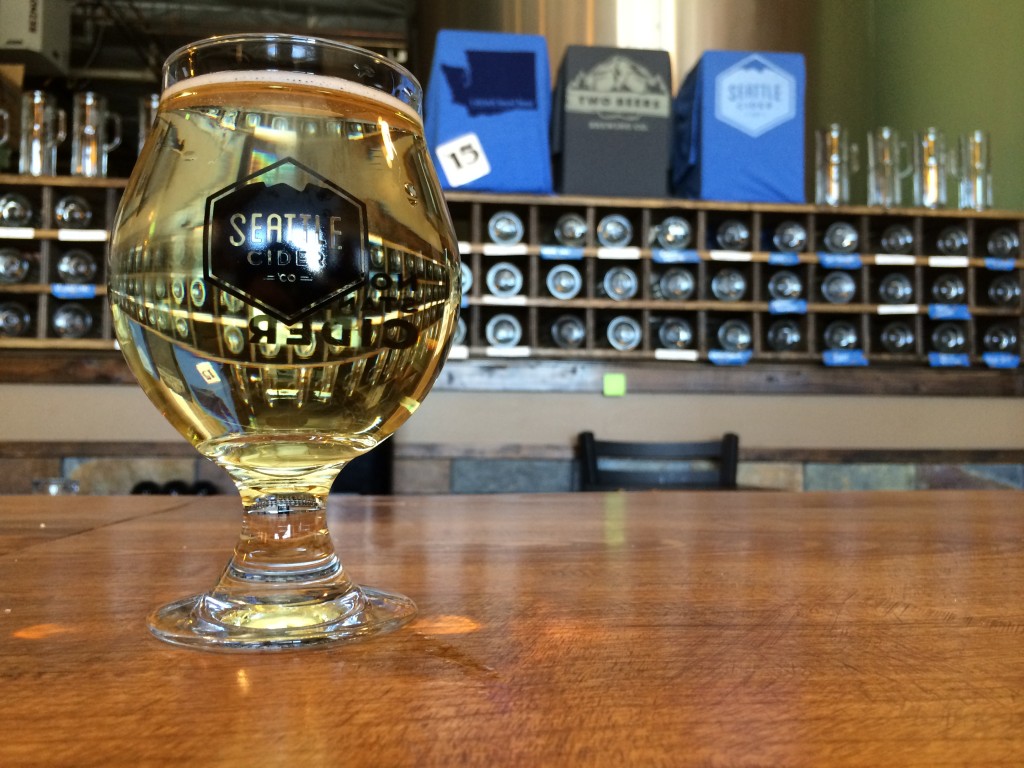 Though they’re not even one year old, Seattle Cider Company is not holding back in its seasonal releases. Their current seasonal, Gin Botanical, is one that resulted from a collaborative effort with local Seattle distillery Batch 206.

Seattle Cider Company launched in Seattle as separate, new business off shoot from Two Beers Brewing this past August. The founder of Two Beers, Joel Vandenbrink, decided to expand his talents from brewing to also taking on the challenges of cider. And since January, Seattle Cider has been distributing their ciders to their neighbors down south in Oregon.

Seattle Cider Company, Seattle’s first and only cidery since Prohibition, is excited to release their latest seasonal offering. Gin Botanical will be available on draft and in 220z bottles from March through May throughout Washington, Alaska and Oregon. Seattle Cider’s Gin Botanical offers a distinctive flavor profile, thanks to the gin botanicals from Batch 206 Distillery added during fermentation. This one-of-a-kind style joins the growing cidery’s two year round ciders, Dry and Semi-Sweet, available in 16-ounce cans.

The botanicals add a different touch that most craft ciders do not offer. These additional flavors are quite pleasant and offer a drinking experience not always associated with cider.

“When we previewed this style at our opening in August last year, we knew it was going to be an instant favorite – people have been asking for it ever since,” said founder and head cidermaker Joel VandenBrink. “Made with 100 percent fresh pressed Washington apples, we add in the gin botanicals during fermentation, ensuring a flavorful and crisp cider that’s perfect for a Northwest spring.”

Seattle Cider’s Gin Botanical is a semi-dry cider unlike any other, showcasing notes of lemon, orange rind, juniper, cucumber and verbena. Like the spirit that inspired it, this cider is complex, clean, aromatic and refreshing. Offering a 6.5 ABV and just 1.8 Brix, this one-of-a-kind cider is dryer than most ciders found on the market today with aromas unlike any other.