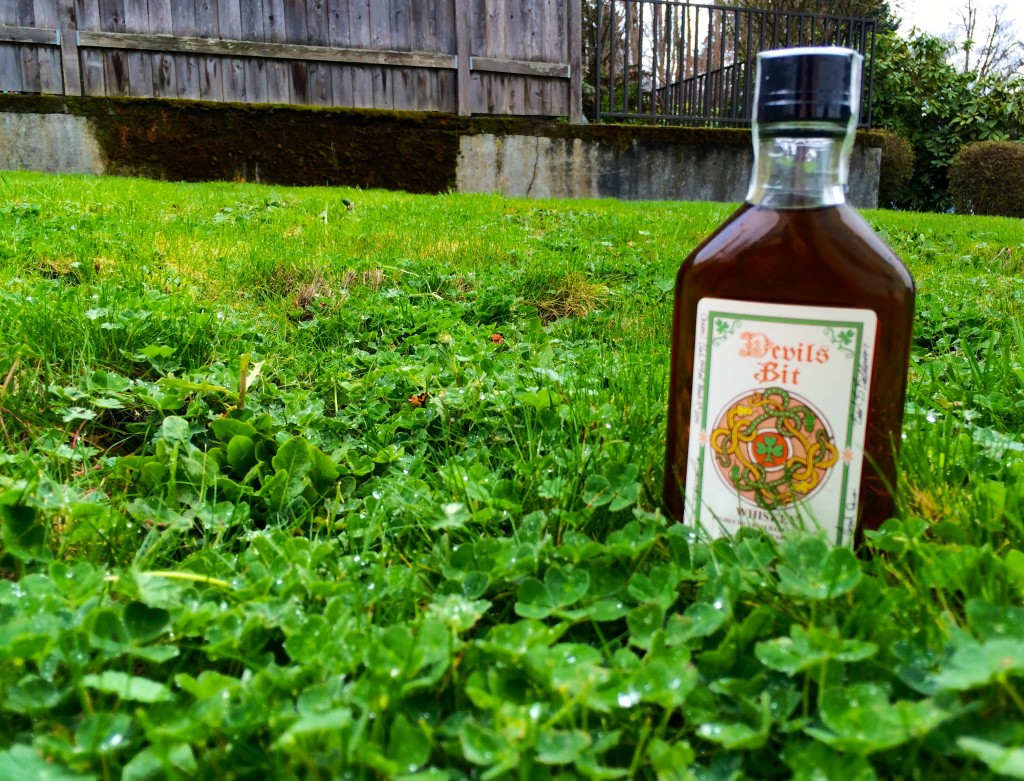 Once every year McMenamins releases its annual small batch Devils Bit whiskey on St. Patrick’s Day. This year’s release will feature a whiskey that has been aged for five years in a former Syrah Port barrel.

Not many 100% Oregon distilled whiskeys live up to its counterparts from Kentucky and Tennessee. This is mainly due to Oregon’s infancy in the game of aging whiskeys. A few exceptions to this are Clear Creak Distillery’s McCarthy’s Oregon Single Malt Whiskey and McMenamins Devil’s Bit whiskey.

McMenamins has been distilling at its Edgefield location since 1998 and with this longevity it has allowed its distillers to pack away and fully age some of its whiskeys fully produced on premise. And this is the case with its Devils Bit whiskey.

The name Devils Bit comes from the legend of a devil taking a bite out of a mountain in North Tipperary, Ireland, and then spit it out. This small gap became its defining characteristic and so the mountain is named Devils Bit. In honor of this landmass and Irish lore, Edgefield Distillery created Devils Bit whiskey.

The 2015 release is distilled from organic, floor-malted Maris Otter barley malt. Maris Otter is highly regarded by brewers for its bready, toasty and biscuit-like flavors. To balance the intense bread and toast flavors, Edgefield distillers aged this whiskey for five years in a used Syrah port barrel from Edgefield Winery. The end result is a limited edition whiskey available once a year with aromas and flavors unlike any whiskey in the world.

The initial nosing of the spirit is very delicate with notes of jasmine, dark berries and a bit of vanilla. At first, the whiskey almost smells brandy-like but then the palate brings you right back to firm notes of barley malt. From there the whiskey takes you on a tour of flavors— almonds, butterscotch, vanilla, light citrus and grape tannin—before finishing long and sweet on the back palate.

Devils Bit sits at 46% alcohol by volume, 92 proof and will retail for $17.00 a 200 ml bottle with a limit of 2 bottles per person. But don’t wait around too long, supply is very limited and will most likely sell out by noon that day.

Here is a list of McMenamins locations that should selling its very limited supply of Devils Bit on St. Patrick’s Day.