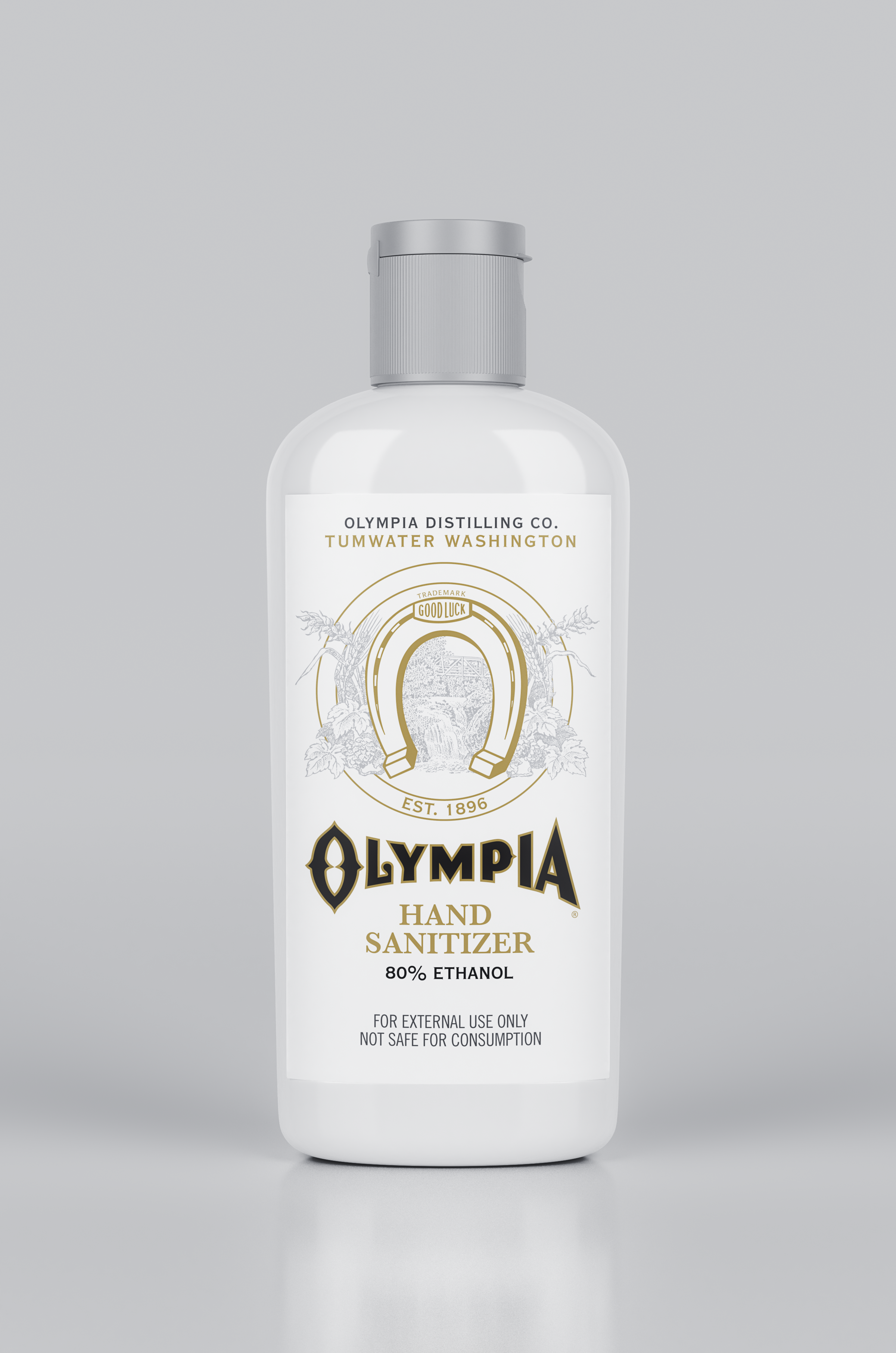 In the South Puget Sound, a new distillery from a legendary beer has begun to produce much needed hand sanitizer for the first providers during this COVID-19 pandemic.

With ties to Olympia Beer, the famous brewery from Tumwater known for “It’s The Water”, Olympia Distilling Co. was readying the launch of its new Olympia Vodka right when the Coronavirus hit the nation. Now this vodka launch that is distilled using the famous artesian water from Tumwater has been put on hold as the distiller steps up to produce hand sanitizer for the first responders and the medical filed.

This new project from the makers of Olympia Beer has been in the works for the past two years, but had yet to be publicly announced. Now the distillery let by its two Master Distillers, Ray Watson and Lesa Givens, have already produced over a thousand bottles of hand sanitizer and are giving them away at no cost to the brave people on the front lines. Earlier this week on Monday, the first batches were dropped off at the Lacey Fire Department in Lacy, WA and Providence St. Peter Hospital in Olympia, WA. The second batch was donated on Wednesday to the Adult Family Council for use in their several adult family homes and care facilities in the Olympia and Tumwater area.

“This community has always supported Olympia,” said Watson in a statement. “In this time of intense need it was a no-brainer for us to use our facility to do what we can to support our community right back.”

The opportunity for Olympia to help in this way was created last month after the Alcohol and Tobacco Tax and Trade Bureau, waived parts of a federal law to allow distilleries to immediately commence production of hand sanitizer without having to obtain authorization first. Olympia Distilling Co. now plans to produce even more hand sanitizer over the coming weeks to continue to meet the needs of the community.

“We have lived here in the Pacific Northwest all our lives,” said Givens in a statement. “These people risking their own safety for the health and well being of others are our friends, family and neighbors and we’ve been contacted by many of them who need help. We’re proud to do our part.”

Remember, hand sanitizer is not necessary for the general public when staying indoors at home as warm water and soap will suffice. The Centers for Disease Control and Prevention recommends washing hands with soap and water whenever possible to kill the coronavirus and prevent infection. But if soap and water are not available, the agency says, hand sanitizer can be used if it contains at least 60 percent alcohol and is rubbed vigorously for about 20 seconds.

Once this pandemic is behind us, Olympia Distilling Co. will launch its new vodka around the Pacific Northwest this year. For more information about Olympia please visit: https://theoriginalolympia.com