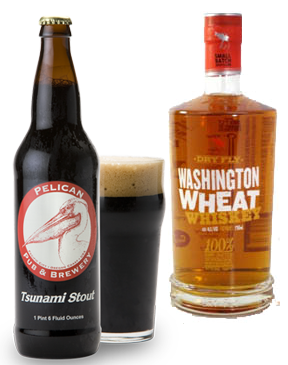 Pelican Brewing Co. will be releasing the first of their Barrel-Aged beer series, Dry Fly Tsunami, on Saturday, February 8th. Dry Fly Tsunami is a magical elixir created by the combination of Pelican’s award-winning Tsunami Stout and barrels from Spokane, Washington’s Dry Fly Distilling that once matured their Washington Wheat Whiskey.

You can join Whitney Burnside, Head Brewer at Pelican Pacific City, on Saturday February 8th at 4pm at their Brewpub in Pacific City and again at 5pm at the recently opened Tillamook Tap Room. During this time Burnside will talk about what went into the making of this barrel-aged beer and will then pass around samples for all to enjoy. For those attending the Pacific City release there will be a special “shot & a pint” combo, that includes a pint of Dry Fly Tsunami as a pairing alongside a shot of Dry Fly Distilling’s Washington Wheat Whiskey. 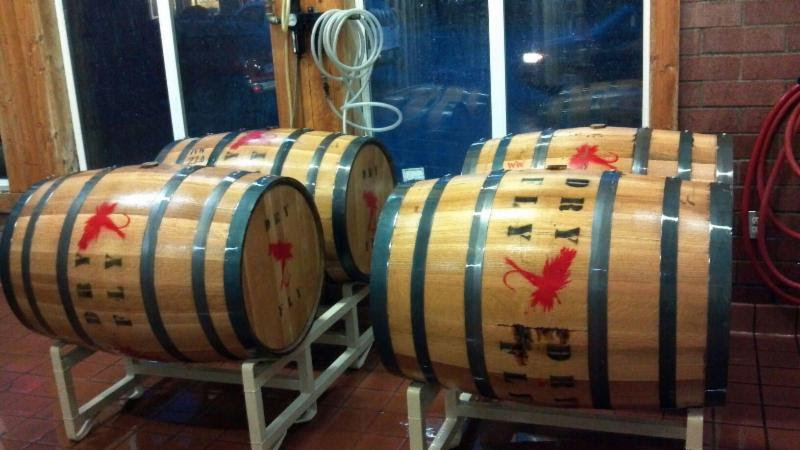 The dark roasted aroma of Tsunami stout is not lost in this pairing, only accentuated and balanced with notes of vanilla, oak, cinnamon and orange. The wheat whiskey kisses your taste buds while providing just the right amount of warmth. This full bodied beer offers a slightly dry espresso-like finish.

Having been a fan of Dry Fly’s Washington Wheat Whiskey, we here at Brewpublic are looking forward to this big beer from Pelican. And we are not the only ones that enjoy Washington Wheat Whiskey. Lance Mayhew of the Oregon Culinary Institute states “On the palate, neat, this whiskey was very soft, almost like a baby’s blanket caressing my tongue, with freshly baked orange scones, cinnamon toast, white pepper and peppermint notes.” Sounds like a match definitely worth checking out.