With the revival of the brewing industry here in the United States it has also brought with it the strong upswing of craft distillers. Both industries are now a solid part of what makes up Portland’s strong culture of imbibing. It seems as more and more breweries open there are a solid amount of new distilleries opening as well.

On Saturday, February 28th, StormBreaker Brewing will be the host to their Inaugural Brewstillery Fest. As much as we love craft beer, we love it even more when paired with a great spirit. Attendees to this new fest will be able to sample pairings of beers brewed from 15 local breweries with spirits from 8 accompanying Oregon distilleries.

At StormBreaker Brewing all of their beers are paired with a whiskey, scotch, or rum. The fest is designed to bring the best of brewing and distilling together and enjoyed simultaneously.

StormBreaker’s Dan Malech states, “It is our goal to find some more ideal pairings. At the fest breweries and distilleries will be paired together to create the perfect pairing. There will be some beers created just for this event to go with a specific spirit, some aged in barrels from their distilling partner, and some that were always just meant to be.” 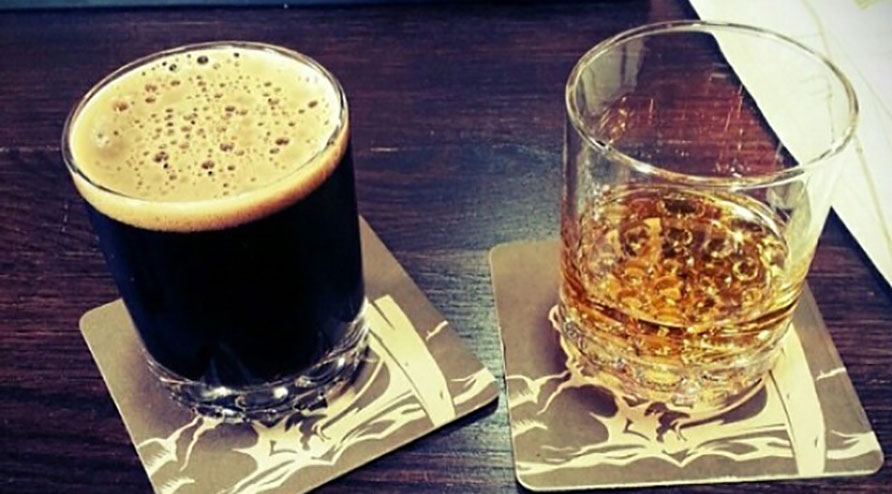 The festival will be both inside and outside at StormBreaker where they will have temporary heated tents covering most of the beer garden. Event organizers are still working out many of the details and the pairings list will come out soon. Advance tickets will go on sale in mid-January. At the fest, one ticket will get you a 4 oz pour of beer and ¼ oz pour of spirits.

And in other StormBreaker Brewing news, Rob Lutz was recently featured on the Brazilian television’s Reporter Hollywood during their recent trip to Portland. In the video below, Lutz discusses the brewing process for two of the hosts from this Brazilian show.