Finally those of us in the Pacific Northwest will receive our first juried wood-age beer festival on January 17 and 18 at the Left Bank Annex in Portland. Yes, the inaugural Big Woody Barrel-Aged Beer and Whiskey Festival will be held in Portland next month. Tickets are now on-sale.

Presented by Bend, Oregon’s Lay It Out Events, these folks have been overseeing the growth each year at the The Little Woody in Bend for the past five years. Here is a review from the 2011 Little Woody Festival.

We here at Brewpublic are pretty stoked about a barrel-aged beer festival finally taking place here in Portland. Having attended the premiere barrel-aged beer festival in the country, Chicago’s Festival of Wood & Barrel-Aged Beer, we know how much fun this event can be. Organizers state that they want to make this “the biggest wood-aged beer event in the nation.”  They will definitely have their work cut out for them but we certainly look forward to watching their progress!

More from the organizers……

The Big Woody will gather the best breweries from across the Northwest to showcase craft wood-aged beers. Limited-edition brews will be judged by experts and enjoyed by attendees. Portland’s favorite food carts will be on hand to provide perfect beer-paired dishes.

The Big Woody was inspired by the Little Woody beer festival in Bend, which has drawn thousands of craft-beer lovers to Central Oregon for the past five years.

“The Big Woody will have the best wood-aged beers from around the Northwest, including beers that will only be available at this event,” said Lee Perry, the event director for both the Little and Big Woody.

Top breweries from across the Northwest will be debuting specially produced beers during the Big Woody, including Portland’s Hopworks Urban Brewery, Block 15 from Corvallis, Deschutes Brewery and Boneyard Beer from Bend, and Colorado’s New Belgium Brewing. The only rule is that beers must be aged in wooden barrels. Past Little Woody festivals have seen brewers age beer in everything from Kentucky bourbon barrels to pinot noir barrels, creating beers including sours, Belgian-style ales and classic Northwest IPAs.

The Big Woody will be a sanctioned BJCP event, meaning that each brewery’s beers will be judged by experts certified by the Beer Judge Certification Program. Winners will receive medals for each category of judging and one beer will be awarded overall Best in Show.

“Everybody knows that the best beer in the nation is brewed in Oregon, and the biggest wood-aged beer event in the nation should be in Portland,” said Perry.

Entry to the festival is $40 and includes 20 tasting tokens and a commemorative snifter glass. Space is limited. To purchase tickets and learn more, visit www.woodybeer.com. 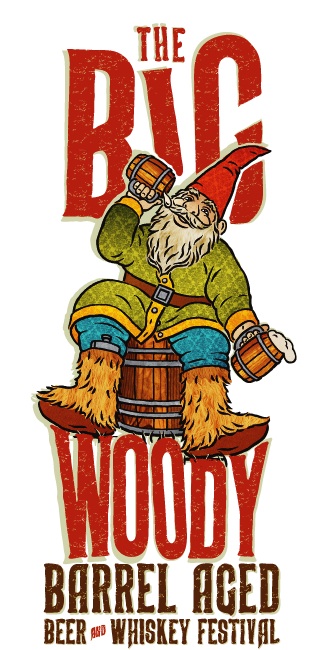 About Lay It Out Events:
Lay It Out Events offers the best in event consultation, design and implementation. Lay It Out Events produces more than twenty festivals, races, and contracted events each year. Their events include the Bend WinterFest, the Bite of Bend, Balloons Over Bend, the Deschutes Dash Sports Festival, the Happy Girls Runs in Bend, Portland, Sisters and Spokane, the Little Woody and Big Woody beer festivals in Bend and Portland and the National Beard and Moustache Championships. Committed to giving back to the community, Lay It Out Events donates a portion of each event’s proceeds to charity. More than $35,000 was donated to Oregon nonprofits in 2013. For more information, visit www.layitoutevents.com.