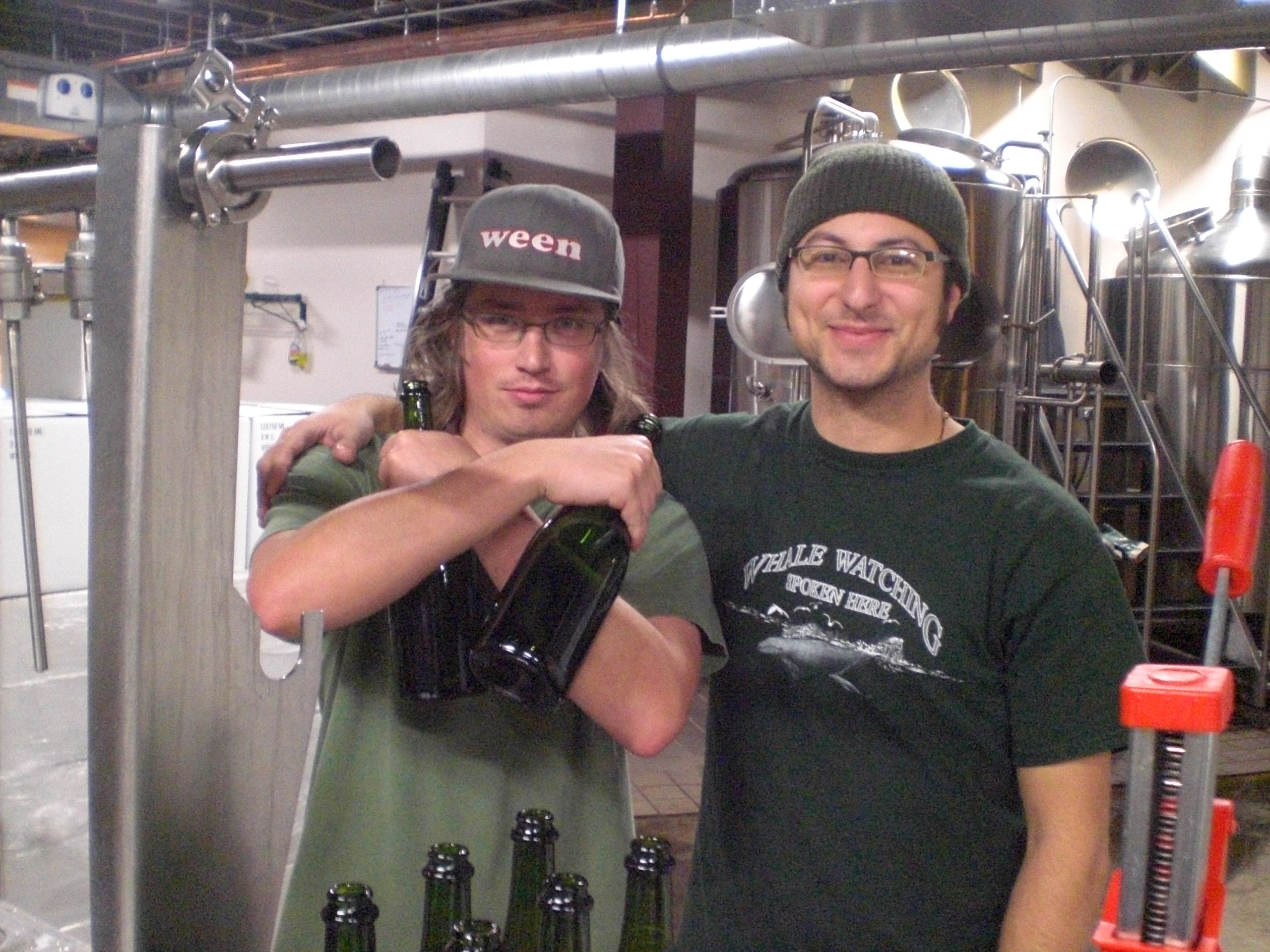 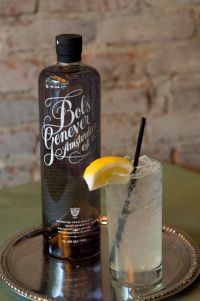 Upright Brewery has created a special beer in conjunction with Lucas Bols, makers of Bols Genever.  This recent partnership was formed to create the complementary beer to drink alongside Bols Genever straight from the original Dutch tulip glass–a combo known as Kopstootje (pronounced kop-stow-che) and a common Dutch tradition found in most bars in The Netherlands.

Literally translated as a “little head butt,” a Kopstootje is the Dutch take on a “beer and a shot,” famously enjoyed by sipping from a tulip glass filled with Bols Genever and paired with a beer. Bols Genever is a tradition sweeter recipe of gin from the 1820. The ritual of the bartenders is to fill up the tulip glass to the very rim before  the drinker bends forward to slurp off the top of the genever and then take the first sip of beer.  It’s a ritual that is becoming very popular in the United States with the recent reintroduction of Bols Genever.

The Upright brew created is called “Kopstootje Biere” and will be a traditional biere de garde with a unique twist: the addition of some of the same botanicals used in Bols Genever. The end result will be a dry beer with a hint of malt and botanicals–a pleasing combination to match Bols Genever, a very popular spirit in Holland. 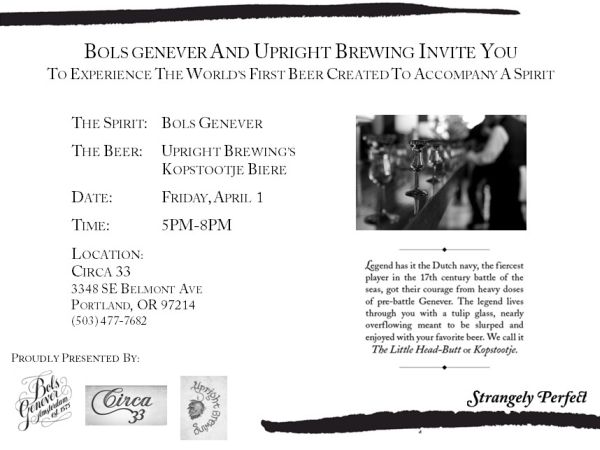