When it comes to whiskey from the state of Utah, High West Distillery & Saloon first comes to mind. When it began distilling in 2007 in downtown Park City, it was Utah’s first legal operating distillery since 1870.

The distillery was founded one year earlier by David Perkins and his wife, Jane. David. During the distiller’s short history, High West was honored with Whisky Advocate’s prestigious Distiller of the Year award in 2016 and is now available in all 50 U.S. states and internationally.

In more recent years, High West has expanded to open a new 30,000 square foot world-class distillery and visitor center featuring educational tours in Wanship, Utah. There it distills on a 1600-gallon copper pot still and blends its popular whiskeys.

One whiskey in the High West portfolio is Double Rye!. This offering is a blend of two different rye whiskeys aged from two to nine years. The mash bill is comprised of 95% rye, 5% barley malt sourced from MGP and 80% Rye, 20% Malted Rye from High West Distillery. From there it is aged in new, charred, white American oak barrels and then bottled at 92 proof.

The bottle of Double Rye! that we are sampling is from Batch No. 20I09 in a 750mL bottle. Double Rye! offers a nose that’s full of pine, and cinnamon, spearmint. The palate of the whiskey is where the rye shines forth alongside more pepper, mint, vanilla, and a bit of botanicals. This leads us to distinguish the slight appearance of botanical on the nose. Double Rye! finishes with a more mellowed rye spiciness, a bit of oak alongside a touch of licorice that leads us to thoroughly enjoying this pour! It is definitely a more modern take on a rye whiskey but is one that is a bit more approachable than others on the liquor store shelf.

So what about creating a cocktail with High West Double Rye!? Here are two sour recipes; one for a Whiskey Sour and the other for a Frisco Sour.

Preparation: Combine ingredients in a tin and shake until chilled.  Strain into chilled cocktail glass. 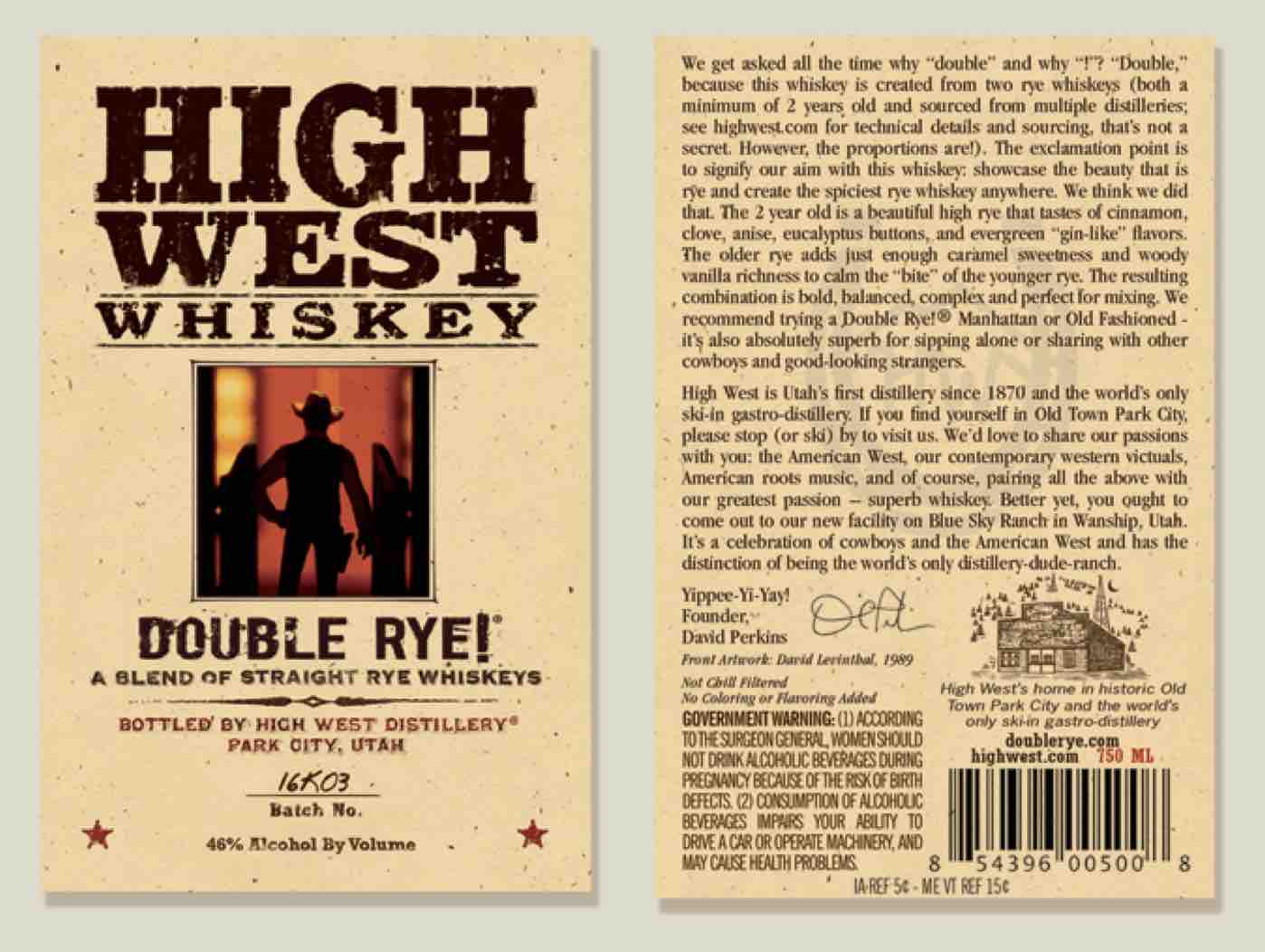 High West Double Rye! is packaged in 375mL and 750mL bottles and retails for $39.95 per 750mL bottle in Oregon. You can locate bottles of Double Rye! by utilizing the OLCC Liquor Search or High West Product Locator.