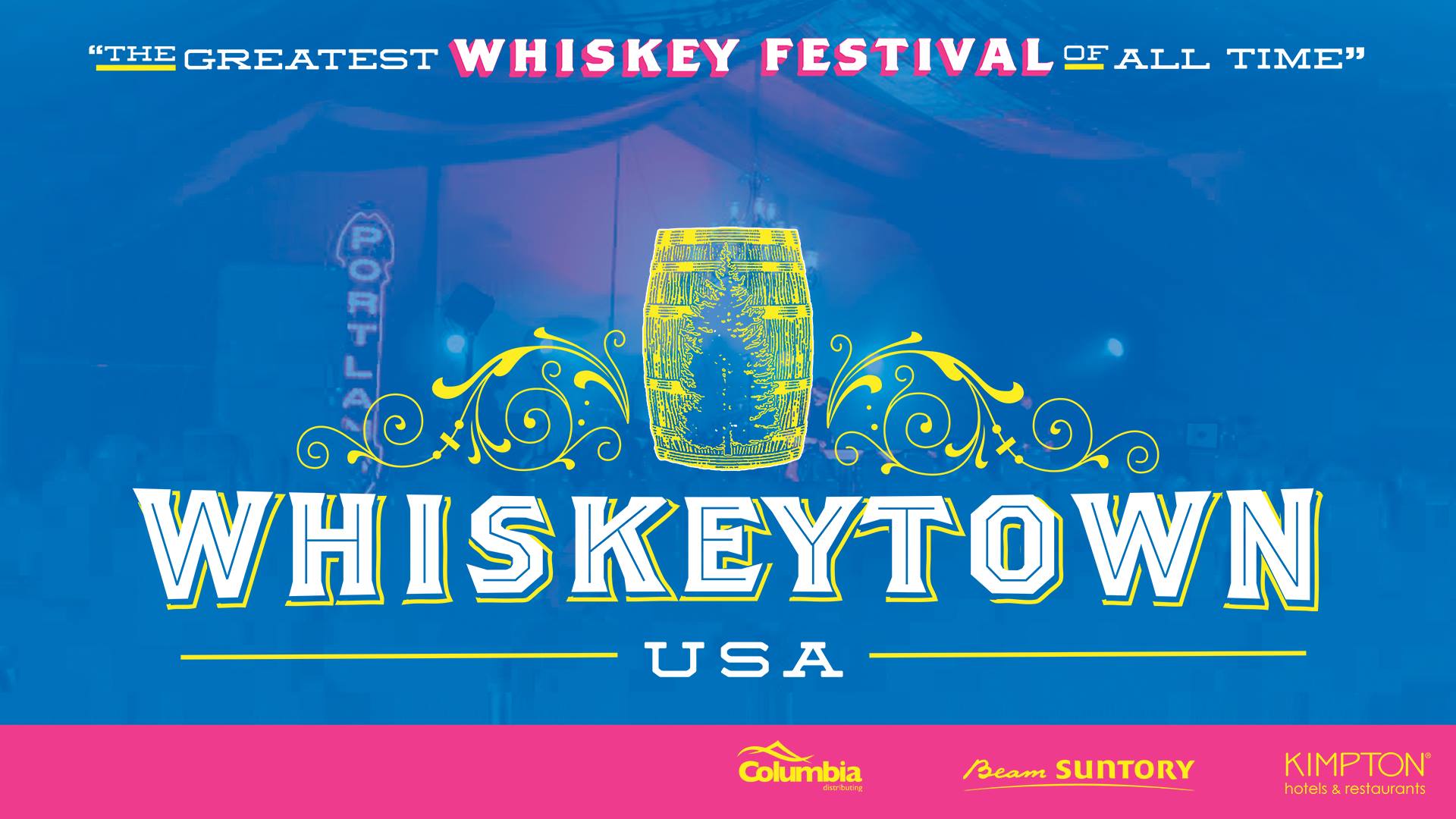 Portland’s largest whiskey celebration returns bigger than ever this year as WhiskeyTown USA adds a third day when it sets up in Southeast Portland from Friday, May 13 through Sunday, May 15. After moving around Portland’s Northwest area over the past few years, this year WhiskeyTown USA is moving its festival to Portland’s Inner Southeast to 100 SE Alder Street. Here there will be over 200 whiskeys being poured along with 25 Performers. 30 Vendors. 9 Restaurants plus a Cigar Lounge and a Mechanical Bull. Sounds like a great time!

Here are additional details from the WhiskeyTown USA press release:

Portland, Ore. (May 2, 2016) – On Friday May 13, 2016 WhiskeyTown USA will take place at the Portland Night Market venue (100 SE Alder Street) for three days, presented by Beam Suntory and benefiting the Children’s Cancer Association. 2016 marks the 4th year that WhiskeyTown USA has been hosted in Portland, Oregon and has changed venues twice.  With the new venue set for this year’s festival, WhiskeyTown is happy to say this will be a longtime location for the large event (free of large rocks on the terrain). The festival has averaged 7,000 attendees, with the addition of an extra day, this year there is an anticipated 9,000 guests.

Tickets will cost $30, which include entrance for one day, three tasting tokens, and access to browse through a wonderland of tasting booths, stocked with over 200 national and international whiskeys – pours of spirits are given in exchange for one tasting-token.  The whiskey booths will be serving spirits, alongside more than 20 local restaurants and bars, and 30 merchants showcasing their best art and wares.  Early birds ticket purchases will receive the best value with a cost of $50 per ticket that comes with eight tasting tokens.

WhiskeyTown was created with the basic idea to have a festival that encompasses all aspects of the whiskey culture from music, to education, art, and socializing.  The iconic Whiskey Delta tent will be home to the main stage with three days of live music spanning talents like the Dead Winter Carpenters, The Lil’ Smokies, Rabbit Wilde, and Dirty Revival.  Two beer gardens, sponsored by Columbia Distributing, will be pouring ice cold ales and small “chaser stations”, will be set up in the tasting hall to serve 4oz beers to refresh your palate in between your preferred scotch and whiskey shots.  The pig races will return for the second year, where folks can place wagers on their swine of choice, (all funds generated will go to the Children’s Cancer Association) and see which tiny competitor will make a lap around the hay track first.

On Saturday, the Whiskey Delta will be intermittently taken over by the annual WhiskeyTown USA “Cocktail Competition”.  Winners in the past include Michael Lorberbaum of MWL, Emily Mistell from Rum Club and Sue Erickson of The Fireside.  This year’s competitors are top-notch talents from your favorite bars in the city: Jon Lewis of Taylor Railworks, Carlton Dunlap of Americano, Tyler Hauptman of Pizza Jerk, Michelle Ruocco of PN26 PDX, and Mike Mayaudon of Raven & Rose – all being wrangled live on stage by “Jesse Card of Bit House Saloon”, the MC.  The competition is judged on the taste of their Whiskey Smash, and how creative they get on stage (think fire-breathers, sequined Speedos, confetti cannons, and gorilla suits), and finally determined by a head-to-head secret ingredient round. Judges include Patrick Taylor of Cana’s Feast, Kristen Koors sommeliere at Laurelhurst Market, Darius Hartwell a consigliere and whiskey enthusiast, and Sue Erickson the 2015 competition winner.

The bars at the festival will be run by several of Portland’s most impressive bar teams.  In the Cigar Lounge guests can find themselves among limitless choices of rolled tobacco and lounge seating with a bar hosted by Morton’s.  The Speakeasy – an indoor cavernous area with highly limited occupancy, a pool table, and live music – will be hosted by an exclusive bourbon, offering cocktails made-to-order and neat expressions.  The main bar will be manned by Swank & Swine, with a long list of spirits for guests to order as they wish.  And, in the hustling Whiskey Delta, Raven & Rose and Bit House Saloon will host one long dueling 32-foot bar constructing classic cocktails in the best possible way.

Education is also at the core of WhiskeyTown.  Tasting+history classes will be hosted by an impressive list of prestigious whiskey professionals, visiting from around the globe.  Whiskey Hall of Famer and Four Roses distiller Al Young, is slotted to host a class on Friday.

Tickets are available online http://ticketswest.com/events/whiskeytown-usa/119019/.
This is a 21 and older event.
Full schedule on the website. http://whiskeytownusa.com/schedule/