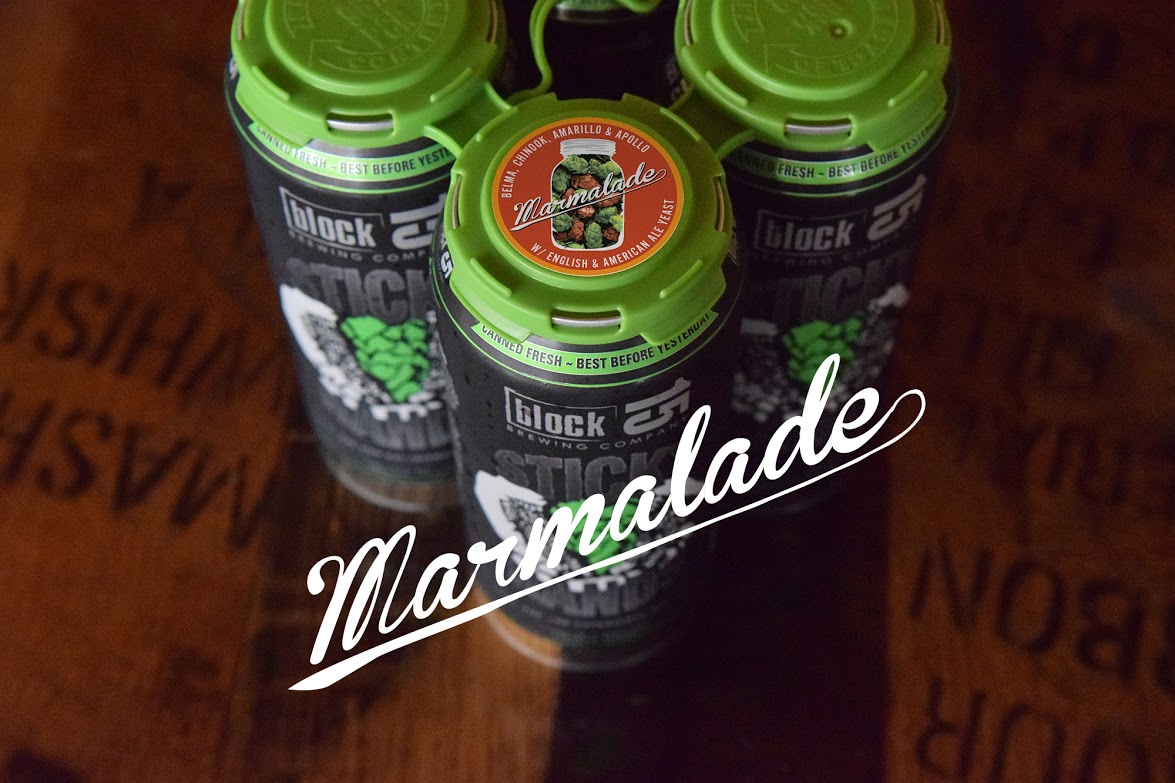 Block 15 Brewing will be making its Portland deliveries this week and on Tuesday, November 1st, Bridgetown Beerhouse will host an evening featuring the official Portland release of Sticky Hands, Marmalade. This new, one off version of Sticky Hands that is brewed with Belma, Chinook, Amarillo, and Apollo Hops will be available on draft and in 16 oz. cans.

Chris Althouse and Jacob Oliver from Block 15 Brewing will be in attendance and are also bringing with them a few other special releases from 5:00 to 8:00pm. Here’s a preview of the Block 15 beers that will be on draft.

Sticky Hands, Marmalade Description:
Occasionally, our brewers combine our base Sticky Hands recipe with innovative techniques and hops sourced from around the world, in order to create a unique variation of our Hop Experience Ale. Our second variation of 2016, Sticky Hands, Marmalade combines a trio of classic Block 15 hops (Chinook, Amarillo, and Apollo) with the new Belma varietal, which brings a mix of grapefruit and candied orange peel character. We selected this hop blend to complement our base Hop Experience Ale with zesty and jammy orange notes, while fermentation with a blend of English and American Ale yeast accentuates this beer’s fruity notes and produces a silkier mouthfeel. 8.1% ABV