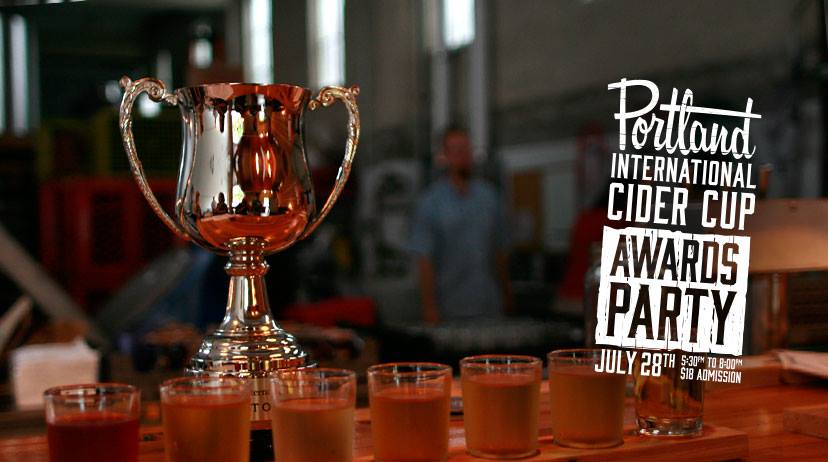 To close out Oregon Cider Week, Reverend Nat’s Hard Cider hosts the annual Portland International Cider Cup (PICC), a cider competition that drew 25 cideries from four states and Canada to be judged. Held in conjunction with the Northwest Cider Association, PICC will announce the winners at the Inaugural PICC Awards Party on Thursday, July 28 hosted by Square Mile Cider at Widmer Brothers Brewing, from 5:30 to 8:00pm.

Pouring at the PICC Awards inside Widmer’s private Great Room will be seven gold medal winning ciders, a cider cocktail from Reverend Nat’s with the help of Darlene Hayes, PICC judge and author of Cider Cocktails – Another Bite of the Apple, a no host bar and appetizers created by chef Brian Cannarozzi of Widmer Brothers Brewing. During the event all 26 PICC medalists will be announced along with Small and Large Cideries of the year, and the runner up and the Best of Show winner who will be given the cup to take home to their cidery to be displayed until the 2017 competition.

During this year’s judging, over 100 ciders were entered in the 13 different categories. Judges ended up selecting eleven bronzes, eight silvers, and seven gold medals as well as a runner up and Best of Show cider.

Emily Ritchie, Executive Director of the NWCA said in a statement, “We are excited to take over a competition as well regarded as the PICC. With a minimum of four judges per panel, the cideries who enter receive a great amount of professional level feedback from respected peers in the cider industry. Additionally, the winning cideries are given a great marketing tool in that they are recognized as some of the best ciders in the Northwest.”

Cideries participating in this year’s PICC were:

Advance tickets are now on-sale at $18.00 each at http://picc2016awardsparty.bpt.me. Don’t delay as this event is expected to sell out.