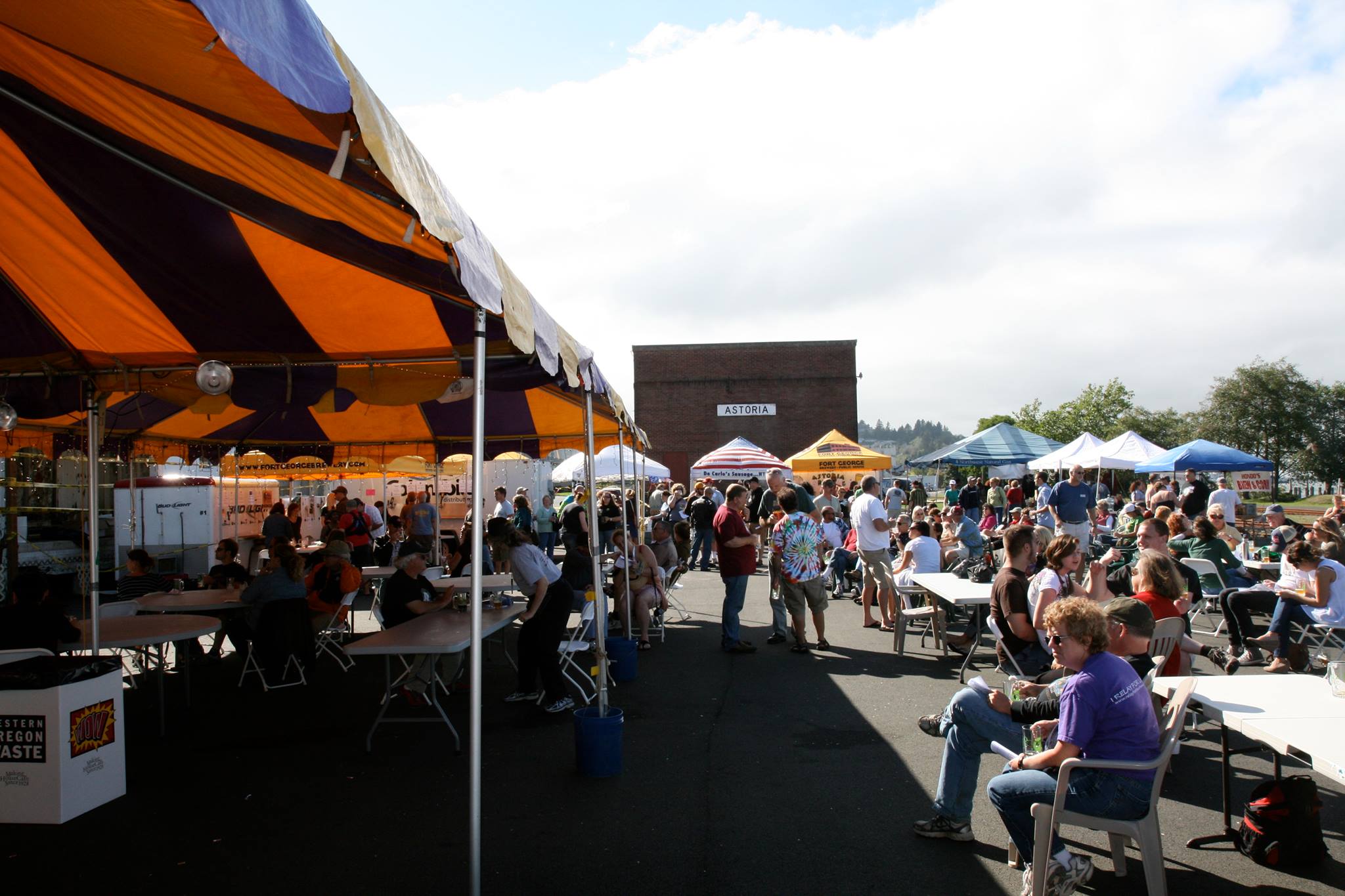 Since 2002 the Oregon Coastal town of Astoria has been hosting one of the longest running fall seasonal beer events in all of Oregon. The Pacific Northwest Brew Cup, features more than 40 regional breweries and returns to the Astoria waterfront on September 25-27, brought in part by the Astoria Downtown Historic District Association, with proceeds benefiting local downtown revitalization efforts.

Always held the last full weekend in September, the PNW Brew Cup is held overlooking the nearby Columbia River next to the Columbia River Maritime Museum. The festival features northwest beers on tap Friday through Sunday, along with live music, food vendors, and activities for the entire family. Admission for the September 25-27 festival is free, but to sample beers one must purchase a souvenir mug ($9) and tokens ($1 each, good for a 4 oz. pour). New this year is a home brew competition that will take place on Sunday, September 26, that is hosted by Hondo’s Brew & Cork.

Last year the People’s Choice Award winner was Prodigal Son Brewing in Pendleton, OR for its Huckleberry Wheat. The 2014 “Thar She Blows” Award, for the first keg to blow was Mill City Brew Werks from Camas, WA for its Logsplitter Imperial IPA.

The 2015 Music Schedule will consist of an eclectic sampling of music from all over the Pacific Northwest. The lineup for each day is listed below.

The Pacific Northwest Brew Cup will be held east of the Columbia River Maritime Museum, at the Barbey Center. The event can be accessed by vehicle or the Astoria Riverfront Trolley.