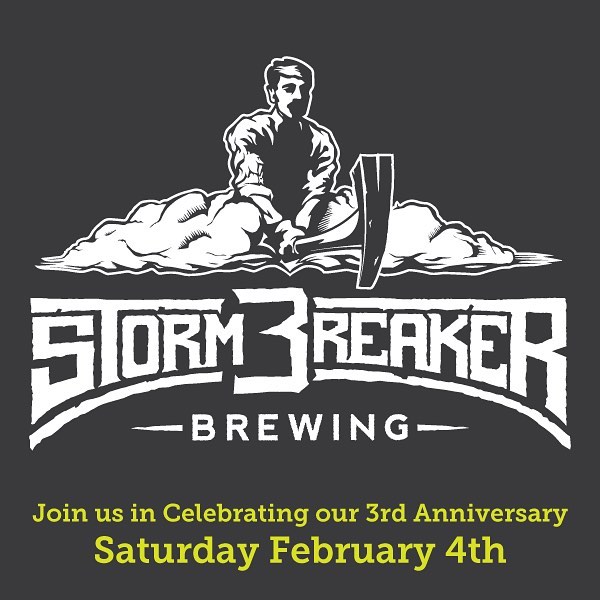 For the special occasion StormBreaker will release a few beers for the milestone including its Anniversary Triple IPA and Barrel Aged Winter Coat. The brewery will also debut its Barrels Full of Chocolate, an imperial brown ale aged on cocoa nibs and aged in bourbon barrels for one full year. There will be a limited supply of bottles for purchase.

Throughout the day there will be raffle prizes, a special guest beer slinger from 2:00 to 4:00pm and some anniversary cake at some point during the day.