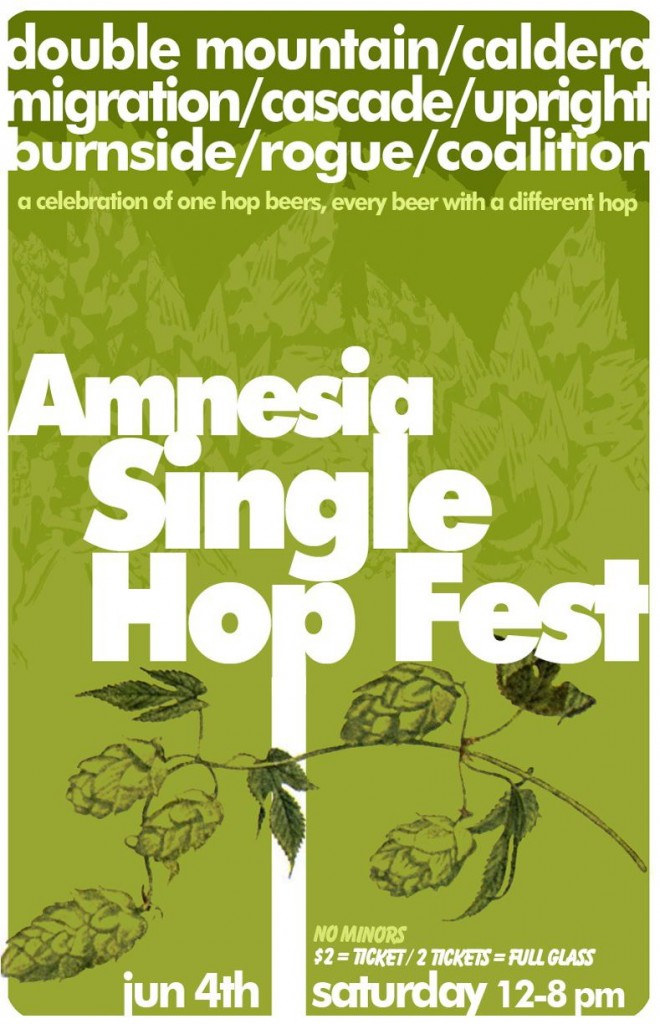 On Saturday June 4th Amnesia Brewing will host a mini beer fest dedicated to one hop beers. These are beers made with just one variety of hop throughout the brewing process from bittering to finishing. There will be eight guest breweries each with a unique style of beer and each beer made with a unique hop variety. Amnesia will also be featuring two single hop seasonals of their own.

Also, Along with each beer poured will be a whole cone sample of the hop varietal used and a description detailing the particular hop, such as their crossbreeds and flavor profiles. We live in the second largest hop growing region in the world and hops are one reason our region produces some of the best beers in the world. Celebrate the wonders of this herbaceous vine!