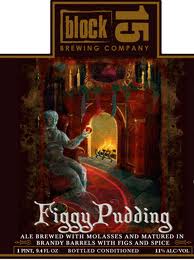 The BeerMongers is ready to spread the Christmas liquid joy. On December 23, 2011, you know, the day before the day before Christmas, The Mongers crew will be tapping a fantastic array of holiday treats including the highly sought after Block 15 Brewing‘s Figgy Pudding ale. Says bar manager Josh Grgas “What started with a keg of Block 15’s Figgy Pudding is now an annual event. We’re getting ourselves involved in the holiday frenzy by filling our taps with rare holiday themed beers. Everyone needs respite from the holiday shopping and family.” Here’s the skinny on what will be pouring on this day: