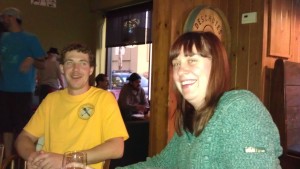 The 3rd Annual Roscoe’s Summer Beer Summit will take place on Friday June 29th beginning at 4PM. We will have 14 great summer beers on tap for the event. A few of the taps will have some of our favorite summer seasonals, but there will also be a lot of beers that just taste great on a nice summer day.
Some of the breweries (and beers) will include: Logsdon (Kili Wit), Dogfish Head (Festina Peche), 10 Barrel (Raspberry Sour Puss), Amnesia (Goldie Hops), Anchorage Brewing (Galaxy White IPA), Upright (Offen Weisse), Stiegl (Grapefruit Radler), Elysian (Yuzu’s Golden Ale), Fort George (Spruce Bud Ale), Full Sail (Berliner Weisse), The Commons, and more. Some of the brewers will be in attendance to answer questions about their brews.
We will have taster trays available so that people are able to try a little of everything.
Tags:Jeremy Lewis, Oregon, Portland, Quyen Ly, Roscoes, Southeast Portland, summer, summer seasonal beer