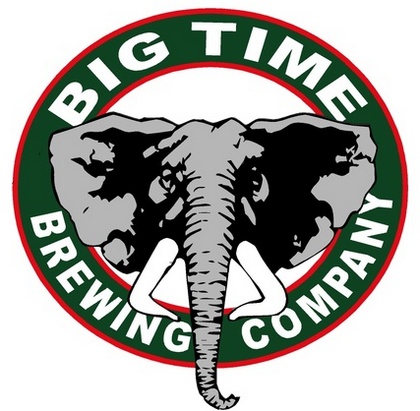 The second event, salted for Saturday March 24, 2012 from 2:00 until 5:00PM will go down at APEX (1216 SE Division Street, Portland, OR).  According to the brewery, Whiny the Complainer and Wheatapaug Groove will again pour along with Powderfinger Rye Ale and Scarlet Fire IPA. There also will be a washoe tournament for beer industry teams at APEX as the brewers meet and greet wraps up. Cluley says “Please come on out, try some Big Time ales and cheer team Icculus (Bradley and Drew) on.”

More about Big Time’s featured beers from the brewery: 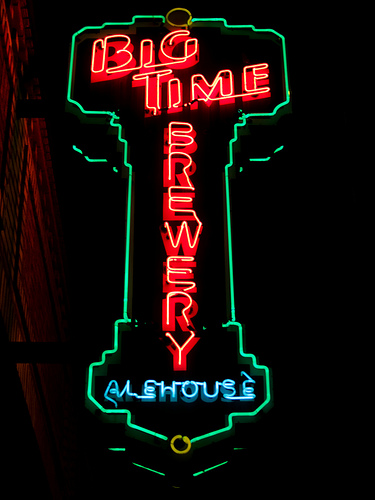 Whiny is a delicious triple India Pale Ale that features an abundant amount of bitterness, hop flavor and aroma from over 3 lbs of hops per barrel.  Hops include, Cascade; Centennial, Chinook; Columbus; Magnum; Amarillo; and Simcoe.  WtC was dry hopped with Nelson Sauvin hops from New Zealand.  Original gravity 1.088; Terminal gravity 1.019; 9.1% abv.  The name Whiny the Complainer was thought up by former head brewer Bill Jenkins – it is in homage to Russian River’s Pliny the Younger – and the patrons who whine because they missed out on their coveted few ounces of PtY.  Whiny was the 2,300th batch brewed at the Big Time since batch #1 was brewed on November 10th 1988.
Wheatapaug Groove is a hoppy American wheat ale with lots of Cascade, Chinook and Amarillo hops. The addition of orange juice concentrate to the boil adds to the citrusy goodness of this beer. Original gravity 1.054; Terminal gravity 1.012 5.5% abv.
Powderfinger is a pale spicy ale with 18% rye malt supporting a decent bitterness and floral note from the plentiful use of Liberty hops.  Original gravity 1.067; Terminal gravity 1.015; 6.8% abv.
Scarlet Fire IPA became our fifth year round beer at the Big Time in 1996 joining Bhagwan’s Best IPA,  Prime Time Pale Ale, Atlas Amber, and Coal Creek Porter as the only beers always available in our pub. These five ales are augmented by 25 to 30 seasonal beers throughout the year.  Scarlet Fire features Cascade, Columbus, Chinook and Centennial hops. Original gravity 1.066; Terminal gravity 1.017; 6.4% abv. The Big Time is the oldest brewpub in Washington State having opened its doors on December 7th 1988.  Drew Cluley is the 5th head brewer to take the helm on the brew deck at the Big Time having moved over from Pike Brewing Company in April 2011.  The Big Time is celebrating 24 years of serving quality craft beer to beer aficionados in the University District of Seattle.  4133 University Way, Seattle 98105