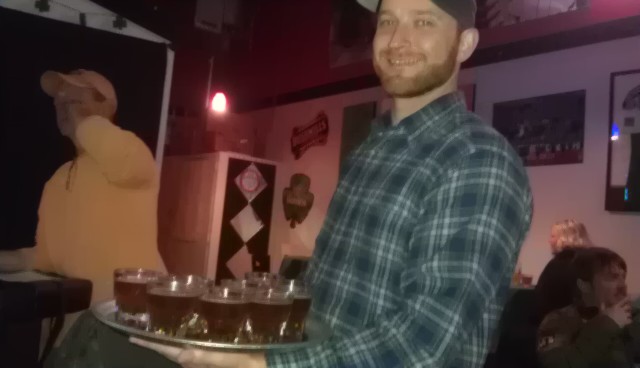 Join The Beermongers and Elysian Brewing as they welcome the BEGINNING OF THE END OF THE WORLD with………..BEER!!! Saturday, January 21st, 2012 from 6-9pm at The Beermongers

Elysian/Fantagraphics will officially kick off our 12 Beers of the Apocalypse beer series with the release of NIBIRU Yerba Mate Tripel! Nibiru will be released on tap and available in bottles at The Beermongers. Nibiru is a Belgian-style Tripel flavored with an infusion of yerba maté. Combining the tasty esters of Belgian yeast and the compelling tea-like flavors of the South American herb mixture, the beer weighs in at 7.6% alcohol by volume. A mixture of German Northern Brewer, Czech Saaz and American Amarillo hops round out the uniqueness of this first beer of the Apocalypse. Elysian’s local Beer Enthusiast, PDX Dave, will be on hand to join in the revelry and give out some cool stuff.