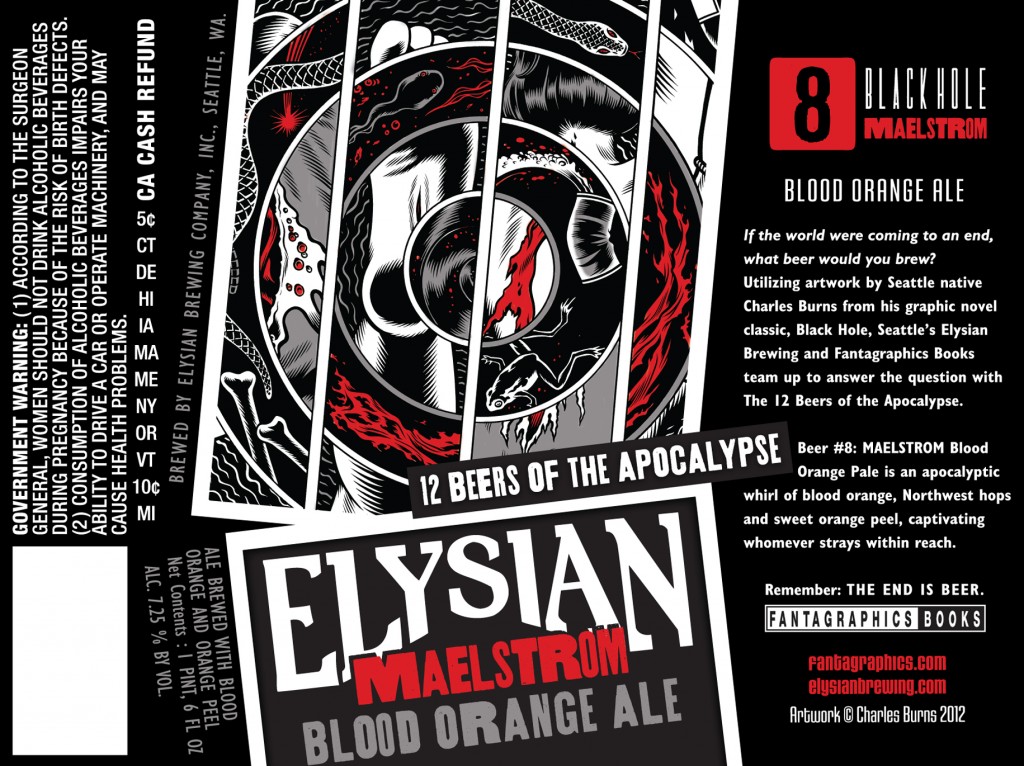 Join Roscoe’s Pub and Elysian Brewing as we welcome THE END OF THE WORLD with………..BEER!!!

Don’t miss the official Oregon release of MAELSTROM BLOOD ORANGE ALE, the 8th of Elysian‘s 12 Beers of the Apocalypse Series!! Maelstrom will be available on tap and by the growlette, along with several other killer Elysian brews on tap. Brewed with blood oranges, Northwest hops and sweet orange peel, this beer is a unique distraction from the approaching end of the world as we know it..(according to the Mayan Calendar).. Elysian will be there to join in the revelry and give away some cool stuff. BE THERE!!!

Down, down, down Maelstrom will go, pulling the hapless beer enthusiast in with a beguiling blend of blood orange, Northwest hops and sweet orange peel. Stray too close and you may not escape the currents of this tender trap. Blood orange provides tartness and the blush of a brazen sea, Citra and Amarillo hops from the Yakima Valley offer bite and aroma, and orange peel suggests a little something else on the wind.

Maelstrom is brewed with pale, Munich and Dextri-pils malts, bittered with German Northern Brewer and finished and dry-hopped with Citra and Amarillo. SG 17° P/1.068; alcohol 7.25% by volume