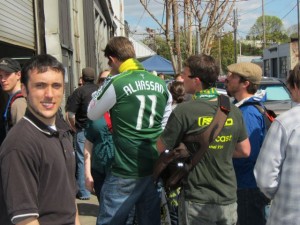 Portland’s Cheers to Belgian Beers Festival is Back

Portland’s Cheers to Belgian Beers (PCTBB) is back for its sixth year with nearly 50 Oregon breweries crafting signature Belgian style beers specifically for this annual event. Each participating brewery puts its own creative spin on the selected yeast strain, highlighting the wide variety of flavor profiles possible in Belgian beers. Admission is free but tickets to taste are $15 and include entry to the festival, a commemorative tasting glass and five drink tickets. Food will be available for purchase at the event.

After sampling all the Belgian style ales, attendees will vote for their favorite in the “People’s Choice Awards.” The brewery that wins the most votes earns the right to select next year’s yeast strain. Last year’s co-winners, Hopworks Urban Brewery and Logsdon Farmhouse Ales, have selected Canadian/Belgian Ale and Roeselare Ale Blend yeasts for this year’s competition. Attendees can expect beers made with both yeast strains as well as other Belgian style ales.

Admission to the event is free. Tastes are $15 and include five drink tickets and a tasting glass – which are required to taste. Additional tastes are $1. Tickets can be purchased at the festival entrance. This is a 21 and over event.