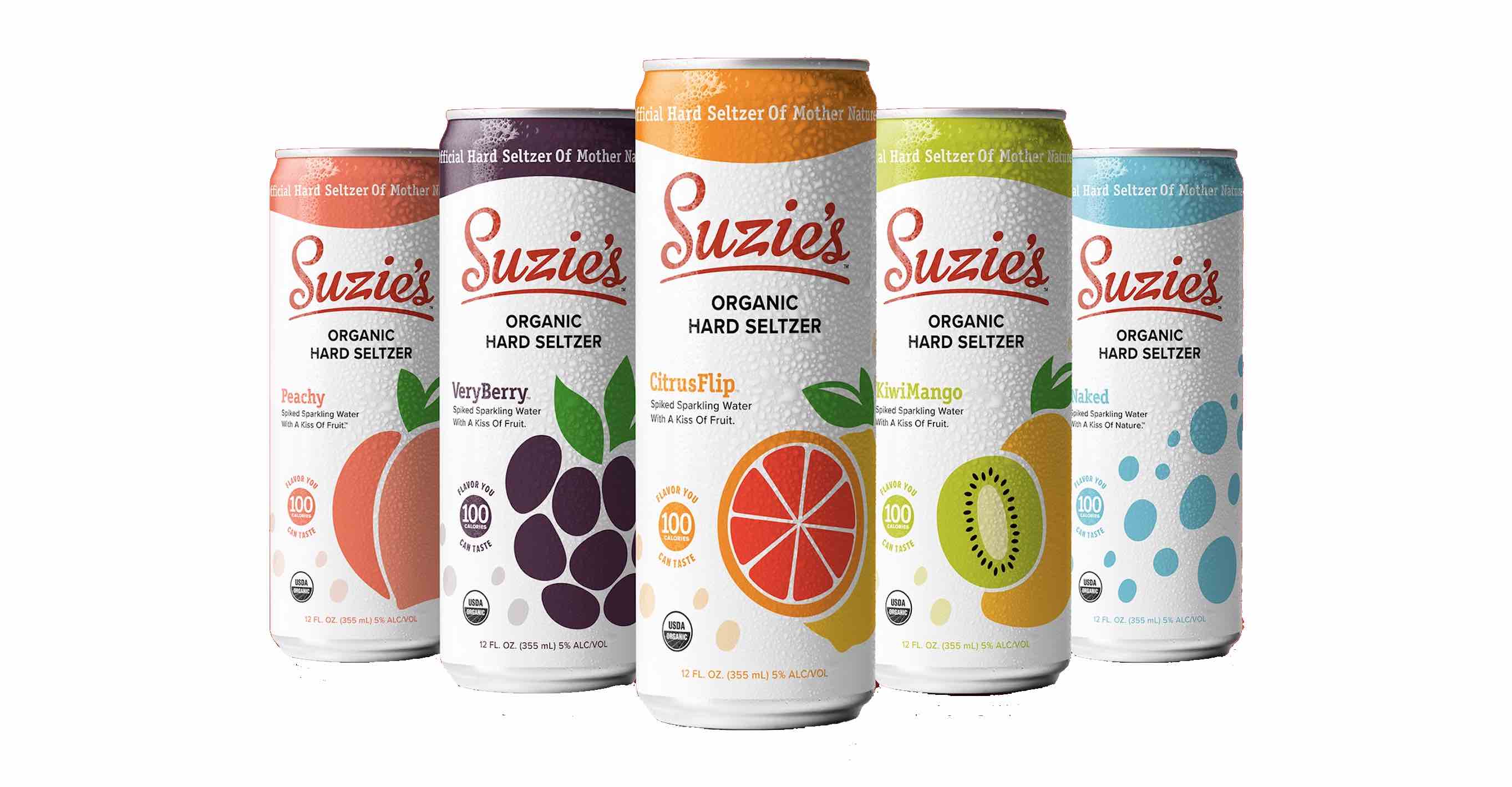 After launching in its home state of Oregon this past summer, Suzie’s Organic Hard Seltzers is expanding its distribution into five new markets. Suzie’s, one of the few organic hard seltzers on the market, will be hitting the shelves in Washington, Idaho, Wyoming, Colorado and New Jersey.

Known for its fabulous lineup of organic mustards, the brand diversified this year as it entered the alcohol market. Produced at the Suzie’s Brewery Company in Pendleton, Oregon, the lineup includes five organic flavors – CitrusFlip, KiwiMango, VeryBerry, Peachy and Naked. The seltzers are packaged in 12-can multi packs featuring all flavors and in 6-packs of each individual flavor.

“We began with the cleanest, purist spring water from the Blue Mountains of Northwest Oregon and added ingredients grown using organic-certified farming practices,” said Chris Barhyte, President of Suzie’s, in a statement.

Suzie’s distribution agreements are with Craig Stein Beverage for the Washington, Idaho, and Wyoming markets, CS Artisans in Colorado and Black River Traders in New Jersey.