Last week at the conclusion of the Craft Brewers Conference in Chicago, the biannual World Beer Cup (WBC) was held.  This global competition with a majority of American entries, has run since 1996 with an ultimate goal to create “greater consumer awareness about different beer styles and flavor profiles while promoting international brewing excellence.” A panel of certified beer judges were in place to honor the top three beers in 91 categories with gold, silver, and bronze awards. The World Beer Cup, one the most prestigious beer competitions in the world, witnessed 13 Oregon breweries take home medals in 2010. Here’s a look at some of the winners.

Oregon breweries claimed six gold, four silver, and three bronze medals at the 2010 WBC, second to only California who claimed 45 medals (but also entered 185 more beers than Oregon). Among the Oregon winners, was Bend Brewing Company (BBC). Accomplished brewmaster Tonya Cornett continued her winning ways for BBC. Cornett won top honors in the strong ale beer style category for its Outback X, a beer Cornett describes as demonstrating “roasted malt with hints of hops in the nose leading to a rich, roasted malt flavor with a background of dried fruits and sherry.” “The Outback X was originally brewed for our ten-year anniversary,” Cornett explains. “We re-brewed it because people liked it so much, and I am thrilled that it just keeps doing as well as it does.” This is the third gold medal for Outback X.

This year, 642 breweries from 44 countries and 47 U.S. states vied for WBC awards, making for the world’s largest-ever commercial beer competition. Winners were selected by an international panel of 179 beer judges, including Cornett, who served a first-time WBC judge this year. “Sixty-five percent of the judges are from other countries,” she says. “I felt really fortunate to judge alongside and learn so much from them.”

BBC has won 12 brewing competition medals in the last four years. This is Cornett and BBC’s sixth gold. In 2008, Cornett was honored as the first woman to win the title of World Beer Cup Small Brewpub Brewer of the Year. BBC simultaneously won Small Brewery of the Year. “I am actually better known in the international brewing community than I am in Bend,” jokes Cornett.

Shawn Kelso of Barley Brown’s Brewpub in Baker City, Oregon, much like Cornett, has been proving that it doesn’t take a large brewery to rake in medals. Kelso, on Barley Brown’s four-barrel brew system took home gold for Shredders Wheat, in the American-style wheat category. The same brew that landed the brewpub a Silver at the 2009 Great American Beer Fest (GABF) was now at the top of the pack. Look for more great beers from Kelso and Barley Brown’s to come. Rumor has it the brewhouse could be seeking out a larger brew system in the 10-15 barrel range to keep up with increasing demand for their delicious brews.

Caldera Brewing of Ashland scooped up two wins at this year’s WBC including a gold medal for their Rauch Ur Bock in the Smoked Beer category, and a silver medal for their Pilot Rock Porter in the Brown Porter category. Look for more innovative releases from brewer Trevor Kemp and Caldera founder Jim Mills. The brewery has recently kicked of their Kettle Series in 22-ounce bottles. This series includes the Rauch Ur Bock, so you can also taste the gold medal winner. Also in the Smoke Beer category, Rogue Ales of Newport snagged a silver for their Smoke Ale. The Pelican Pub & Brewery and Brewmaster Darron Welch won a silver medal for MacPelican’s Scottish Style Ale at this year’s WBC. The staple Pelican brew won the medal in the Scottish-Style Ale category and was one of 29 entered.

“As an experienced World Beer Cup judge, I can say that this year’s event was one of the most competitive I have seen,” said Welch. “The quality I saw even in the preliminary rounds was very high and there were lots of outstanding beers that didn’t receive medals. The fact that MacPelican’s Scottish Style Ale was honored this year is extremely flattering.” 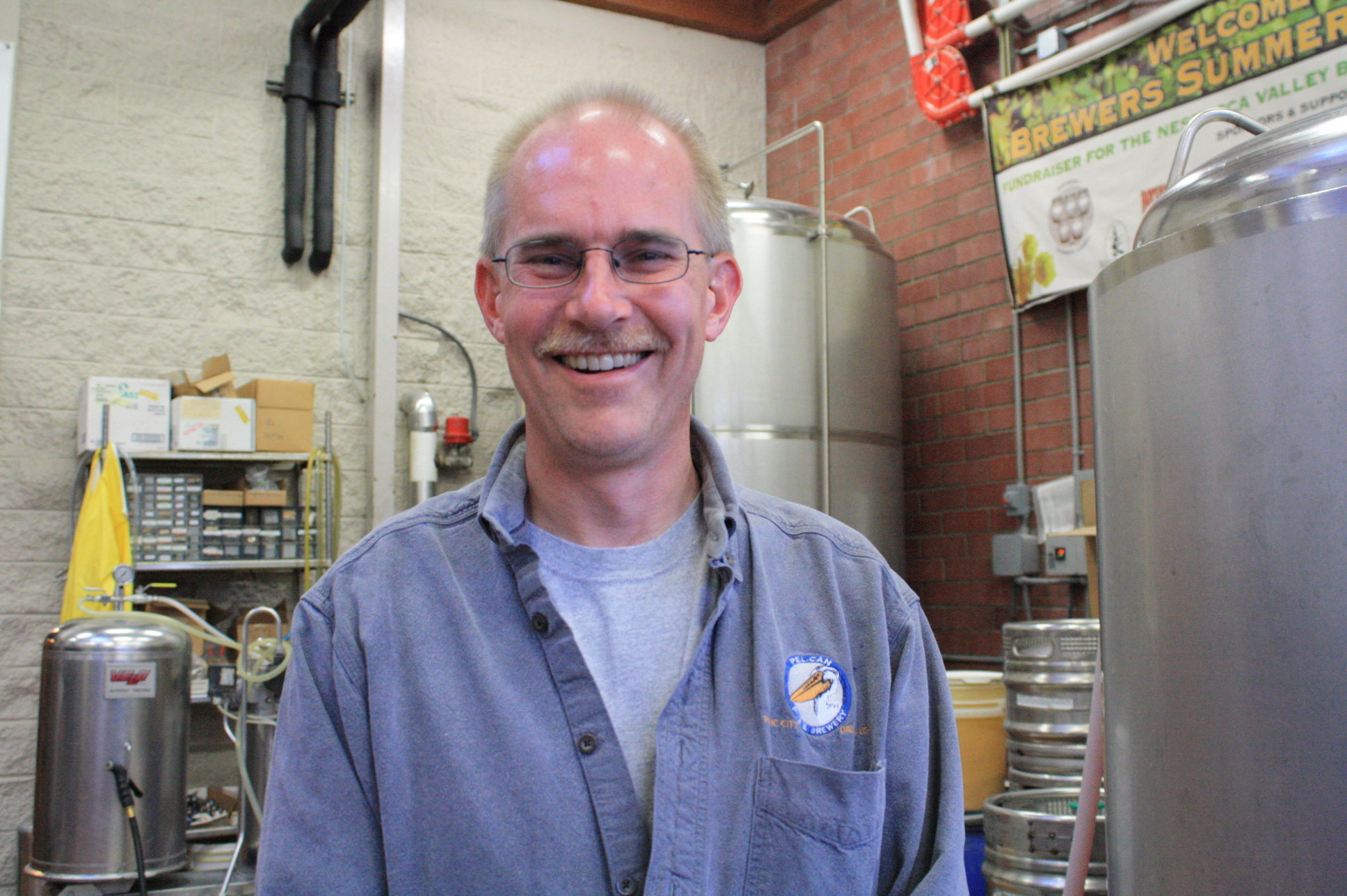 Upright Brewing and founder brewer Alex Ganum won a bronze medal for their Gose, a mildly tart wheaten ale, in the German-style Sour Ale category. For Ganum, this is his first WBC win, but hey, it’s only the first year his brewery has been in existence. We expect a lot more bling-bling for him in the future.

Hopworks Urban Brewery (HUB) continues to do well in just a few years since opening to the public. HUB claimed a silver medal at WBC for their Organic Velvet ESB in the  Extra Special Bitter or Strong Bitter category. Look for Christian Ettinger, Ben Love and company to accumulate a healthy collection of beer competition medals as time goes by. 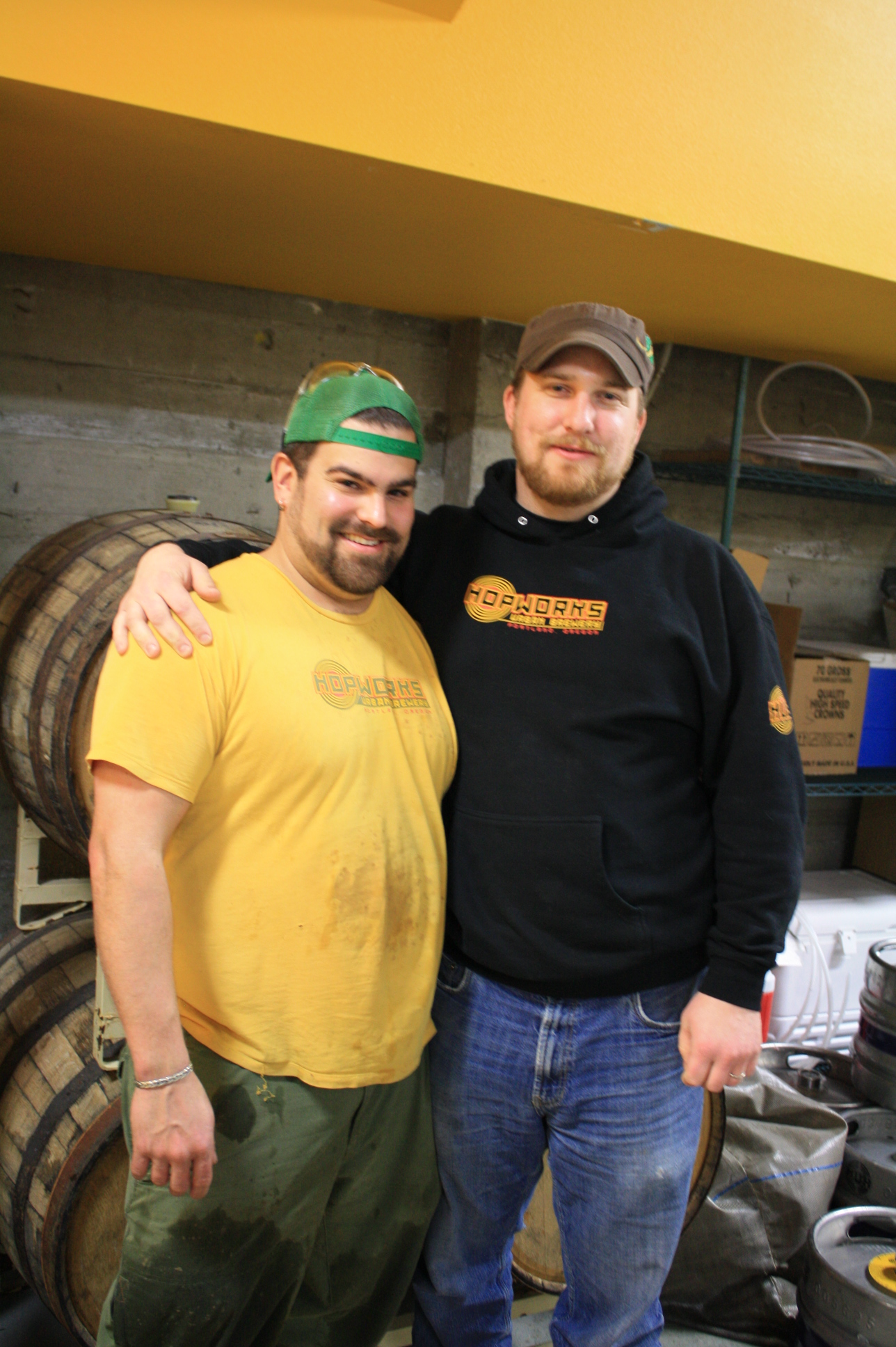 Widmer Bros took home two WBC rocks this year. Their Drop Top Amber was crowned with the gold in the Ordinary Bitter and their original Alt pocketed a bronze in the German-Style Brown Ale/Düsseldorf-Style Altbier circuit.

Rounding out the Oregonian wins Full Sail of Hood River receiving a gold in the American-Style Dark Lager field for their Black Session; Deschutes nabbed a gold for their well-known Bachelor Bitter in the Special Bitter or Best Bitter field; Hop Valley of Springfield sealed the bronze honors for their DD Blonde, American-Style Wheat Beer.

Congratulations to all the winners at this year’s World Beer Cup. Prost!