Week of Wild (December 14-18) will climax Friday December 17 from 5-10PM with a festival featuring ten wild ales on tap and more than 50 bottles. Tasting tickets are $1.  Beers are 1-4 tickets for 3-ounce tasters. No entry fee.

Event will be held at 16 Tons. Check our website for updated info.  Nosh Pit (http://www.thenoshpit.com/) will be set up making deliciously wild sandwiches and other snacks. We will be pouring ales ranging from Farmhouse to Funky, from Tart to Tooth-Achingly-Acidic. 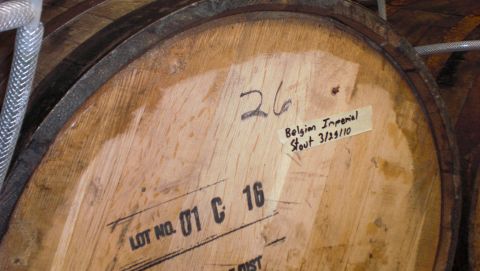 For more information about the festival: http://sixteentons.biz/blog/?page_id=502

About 16 Tons: 16 Tons Bottle Shop features fresh draft beer to go in mason jars and growlers, a rotating selection of 350+ craft beers and 250+ wines in bottles, Sake, Cider, Organic Chocolate, and more. We are located on the corner of 13th & High St. smack dab between downtown Eugene and the University of Oregon.