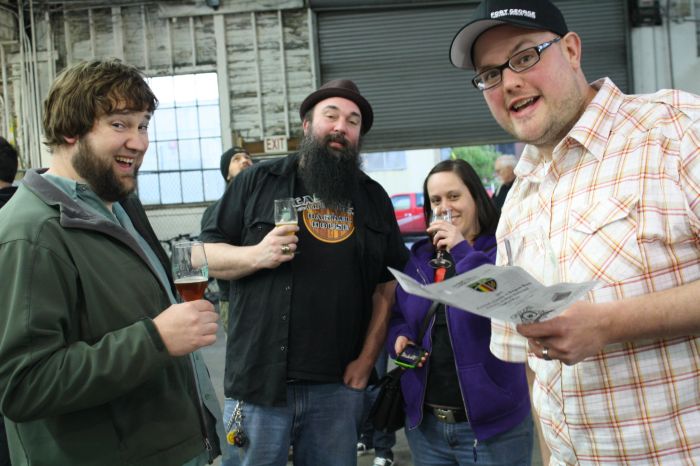 Today’s Portland Cheers To Belgian Beers kicks off at noon. From the looks of things at last nights preview dinner, we are feeling pretty confident that this year’s PCTBB will prove to the the best yet. Here’s three key reasons why… 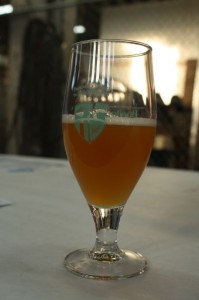 All the beers at this year’s event employ the Wyeast 3787 Trappist High Gravity yeast strain. Chosen by last year’s winner, Block 15 of Corvallis, this yeast works well with an assortment of styles and is able to ferment high alcohol beers well. Not just the yeast, but the variety of breweries being exhibited this year. New breweries include Beetje, Breakside, Burnside, Coalition, Flat Tail, Logsdon Farmhouse, and Migration; all of them are making some interesting, if not vibrant beer styles, too. Look for highlights this year to include: Lucky Lab Petit Baiser, Breakside Brewers Bramble, Upright Monk & Mingus, Fort George Hellcat Pepper Pale, Old Market Trappist Le Blonde Inlenet, Logsdon Farmhouse Ales Seizoen Bretta, and Deschutes Daddy Issues. We tasted quite a few delicious beers; not a bad one in the lot, and from what we’ve gathered from others, just about every beer is a winner. 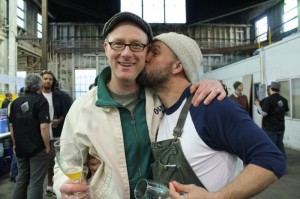 The Oregon Brewers Guild has done a great job in highlighting the talented folks who are behind these palate expanding recipes. During the festival, various brewers will be on hand for meet the brewer sessions so that the public can connect with them and put a face and personality with the beers they are tasting. Further, there will be featured brewer disc jockeys spinning record from the DJ booth above the festival grounds. For a complete list of meet the brewer times and DJs, visit: http://oregonbeer.org/pctbb/. 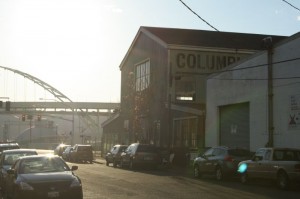 Since Block 15 won the people’s choice last year, the event was without a Portland home (well, we suppose it could become Corvallis Cheers to Belgian Beers, but that just wouldn’t be the same). Generously, Metalcraft Fabrication, a company that makes brewing tanks and vessels for Oregon breweries, offered up their lofty warehouse space. Not far from Widmer Brewery on North Tillamook Street, Metalcraft rustic cannery-esque feel seems perfect for this year’s PCTBB. With an accompanying outdoor lot adjacent to Interstate Avenue, beyond barbed wire spirals, you can catch view of the imposing Fremont Bridge. Inside shards of light adorn the belly that houses what beer writer Abram Goldman-Armstrong described as the “embryos of (future) breweries.” PCTBB will be the public’s unique opportunity to check out this industrial environment with its own smokestack and mechanized beauty.