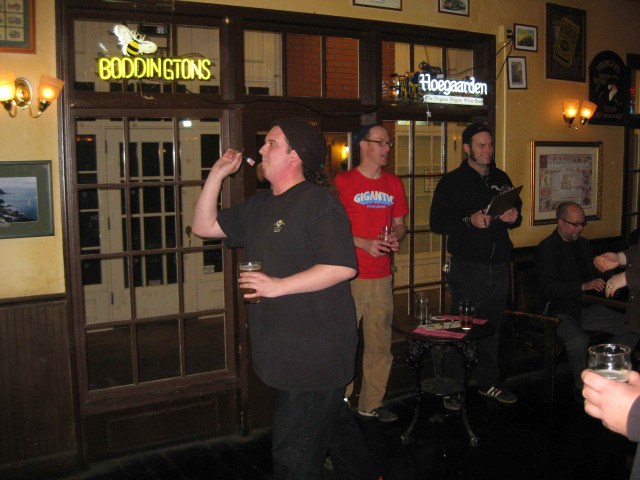 Getting ready for the 6th Annual Portland’s Cheers To Belgian Beers requires a friendly dart throwing competition. Yes, it’s what you throw that tell which Belgian style beer will be brewed. And this competition featured who’s who in local brewing. 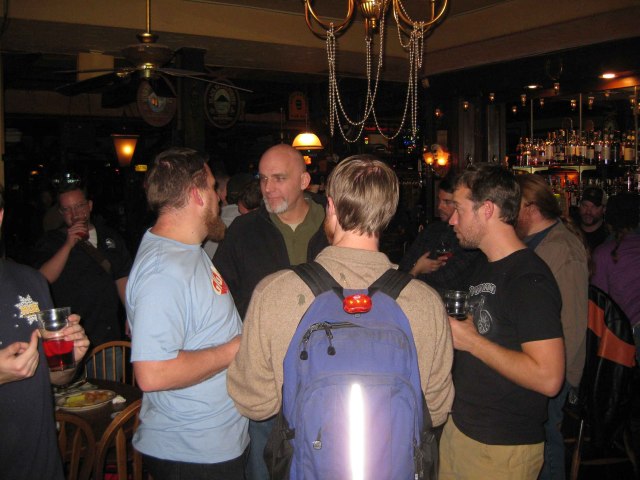 Taking place once again at the world famous Horse Brass Pub, brewers gathered to throw a dart. It is this dart throw that will determine to some extent the style of beer that they’ll brew. If the brewer throws a dart in the inner circle on the dartboard, the beer will be higher in alcohol and a dart thrown outside the inner circle the beer will be lower in alcohol.  And to decide if the beer will be dark or light depends on which radial section the dart hits. A black radial will produce a dark style and the whitish radial will produce a light style of Belgian beer. And for the ringers out there, you hit the bull’s-eye and it’s brewer’s choice. I noticed at least one being hit on this night! 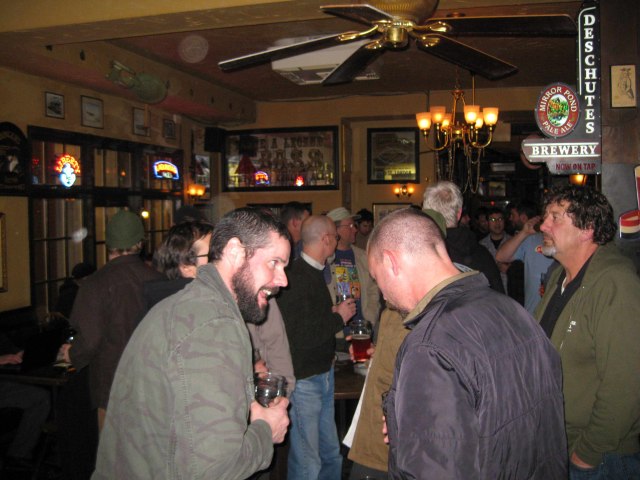 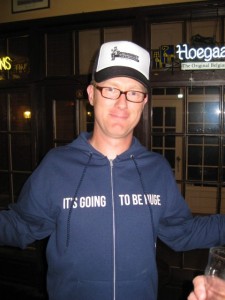 As done in the past, the previous year’s winner gets to choose the yeast strain that will be used. At the 2011 festival there was a tie between Hopworks Urban Brewery and the new kid, Logsdon Farmhouse Brewery. Because of the tie brewers this coming year will get a choice of two different Wyeast yeast strains. Hopworks chose Wyeast Yeast Strain: 37864 – PC Canadian/Belgian Ale Yeast and Logsdon chose Wyeast Yeast Strain: 3763 – Roeselare Ale Blend.

Something new this year is that the dart throwing event took place two months earlier than in prior years. By doing so, this will allow the brewers more ample time to get this special Belgian-style beer into their production schedule. It also will allow for the more creative brewers to possibly barrel age a beer.

Mark your calendars, the 2012 edition of Portland’s Cheers To Belgian Beers event will take place on Saturday, April 21 from Noon-9PM. Continuing from this year’s new location it will once again be hosted at Metalcraft Fabrication at 723 N Tillamook Street in North Portland, Oregon.

All of the dart throwing results can be seen on the Oregon Brewers Guild website.