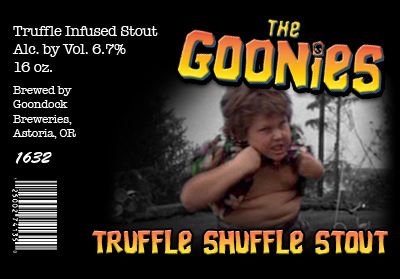 Brewpublic welcomes Taplister founder Kerry Finsand as a guest columnist who discovers the Truffle Shuffle Stout, a beer fit for the Goonies, poured during the cult movie’s 25th anniversary celebration in Astoria, Oregon.

If you are an Oregonian or happened to grow up in the 80’s then you most likely are a Goonies fan.  The Goonies is a cult classic film from 1985 about a group of kids that finds themself on an adventure when they stumble upon a pirate treasure map.  Last weekend marked the 25th anniversary of this classic cult film.  A majority of the movie was filmed in Astoria, while multiple scenes were filmed in Cannon Beach, showcasing the iconic Haystack Rock.  Recently, the town of Astoria put on an entertaining weekend with bus tours of the film locations, showings of the movie at a local movie theater, a meet and greet with the stars, including Corey Feldman (Mouth), Jeff Cohen (Chunk), Sean Astin (Mikey) and the director Richard Donner. 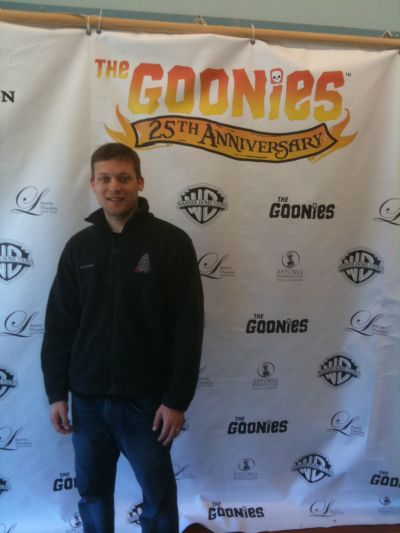 Since I have always wanted to see the Goonies House and other film locations, this was the perfect opportunity.  I convinced my wife Josie that we should spend Saturday hanging out in Astoria checking out the Goonies events and grabbing a pint or two at the local breweries.  We ended up visiting about ten different locations, but my favorites were Mikey’s house, which is known as the Goonies House and the recently opened Oregon Film Museum, used as the county jail in the movie. 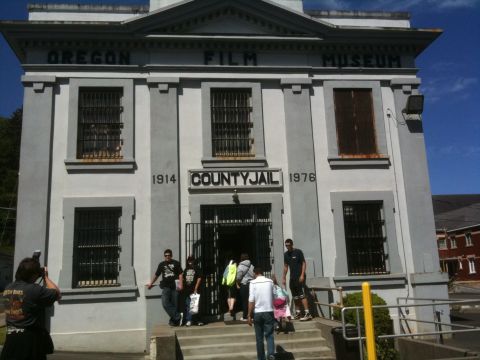 Okay,so what does this have to do with beer?  A big reason why I wanted to go to was to try the official 25th anniversary beer brewed by John Dalgren of Astoria Brewing and Jack Harris of Fort George Brewing.  Their collaboration beer is called the Truffle Shuffle Stout.  This chocolaty and sweet beer was  brewed with 7 ounces of ground black truffle mushrooms and lots of specialty malts.  My wife and I decided to stop at Astoria Brewing first to try this one of a kind stout.  When we arrived we sat next to a group of friends also trying the beer.  We all liked it, and probably even more since it was made for the Goonies 25th anniversary. 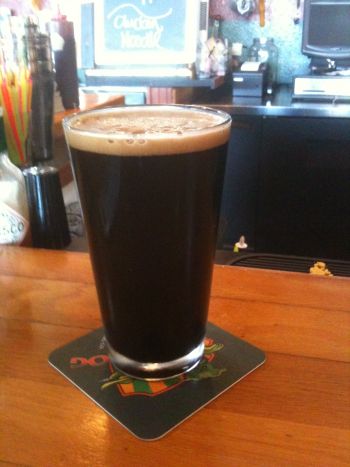 Next we went to the Fort George for lunch and beers.  I was excited to go there since I have not been in a year, and I love their beer.  Apparently we got there in time for more Truffle Stout because I learned through local beer circles that they blew through 16 kegs on Saturday night. If you feel like you missed out on trying this beer don’t fret.  The Truffle Shuffle Stout can be found at fine Portland area bars including Apex, Bailey’s Tap Room, Belmont Station, Saraveza.   While there I saw a lot of people doing the truffle shuffle and having a good time.  I also talked to one of the bar tenders and asked when they will be canning their beers, she said it would most likely happen sometime next year.  I can’t wait to go camping or hiking with a tall boy of Vortex IPA. 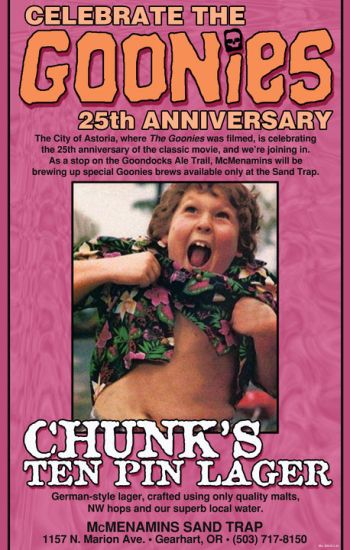 While at Fort George, I discovered on my iPhone that there was another Goonies beer by McMenamins Sandtrap called Chunk’s Ten Pin Lager.  Here is their description indicated it to be a “German-style lager, crafted using quality malts, Northwest hops, and our superb local water.”  My wife and I decided to drive to Gearhart to try this beer since we needed to try the “other” Goonies beer.  The beer was not worth the drive, but the restaurant it’s self has a nice patio and over looks the golf course.  In the battle of Goonies beer, the Truffle Shuffle Stout wins hands down. 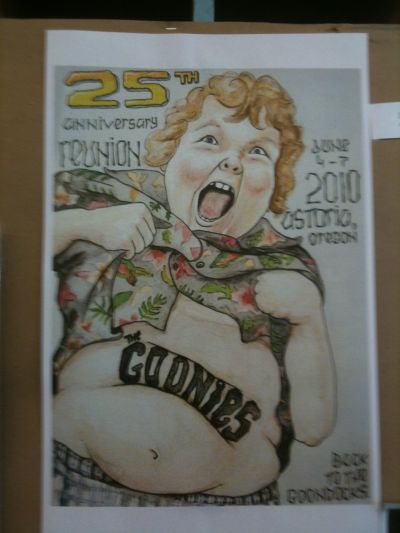 On a side note after doing some research online for this post, I came across the original Truffle Shuffle Stout.  The Twin Beer Blog has 8 Goonie beer labels they made for fun.  In fact their website makes a lot of novelty beer labels and is worth checking out.  Their version of the Truffle Shuffle Stout is 6.7% ABV and made by the fictional Goondock Breweries in Astoria, Oregon.     It is only five years until 30th anniversary celebration.  I look forward to trying the next Goonie beer, perhaps it could be called “Hey You Geuze.”