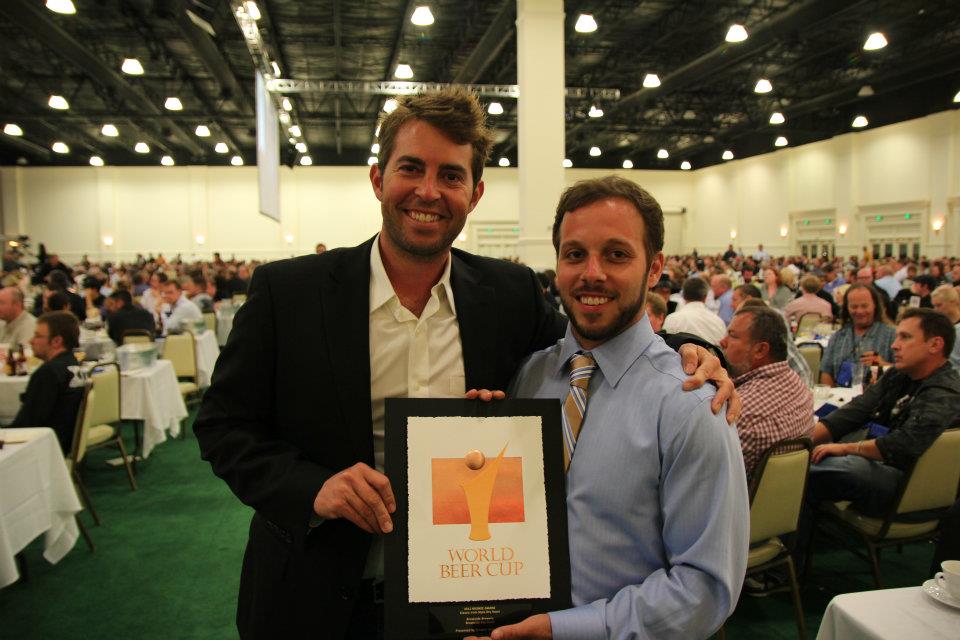 Breakside Brewery of Portland, OR, not long after announcing their new expansion with a 30-barrel production brewery in nearby Milwaukie, OR, has further declared that they will be partnering with Maletis Beverage mid-next month for distribution.

Breakside Brewery under owner Scott Lawrence and Brewmaster Ben Edmunds have greatly enhanced the craft beer scene in Portland since opening in 2010, winning multiple national awards for their craft beer and received local praise for their food pairings with regional artisan culinary specialists.

Here’s the full scoop on the new Breakside-Maletis partnership from the brewhouse:

PORTLAND, Ore. (Oct. 15, 2012) – Breakside Brewery announces their new partnership with locally owned Maletis Beverage. Beginning mid-November the distribution company will start distributing Breakside Brewery draft beers to bars and restaurants throughout northwestern Ore. with the intention of distributing in packages once they are available. With Maletis distributing batches of Breakside’s innovative beers to a larger market, the brewery will be able to focus their efforts on increasing brew production.

“We knew Maletis was the right company to go with based on their reputation in the craft beer community, says Breakside Brewery owner Scott Lawrence. “From the first day we met we felt very comfortable with them, they were someone we could sit and have a beer with. They are the right company to help us expand into old and new markets within Oregon and someday soon within Washington.”

Breakside Brewery is a craft brewery producing exciting combinations of traditional and experimental beers, serving Oregon through wholesale accounts and their own brewpub in the Woodlawn Neighborhood of Portland, Ore. Sourcing locally and producing seasonally, Breakside owner Scott Lawrence is committed to supporting the community and expanding palates with a fresh approach to the industry, investing in the talent of a seasoned team. Head Brewmaster Ben Edmunds works with local chefs and fellow brewers to foster a culture of collaboration, while also setting the standard for innovation and creativity. Finding unique sources of inspiration, he incorporates uncommon brewing ingredients at the peak of their freshness and flavor in his own brews.The brewery is currently set to debut an expanded brew house in Milwaukie, Ore. late 2012 allowing creation of Breakside’s avant-garde beers at a higher volume. Breakside Brewery is located at 820 NE Dekum St.; Portland, Ore. and is open for lunch, dinner and happy hour. Find more information at www.breaksidebrews.com  or by calling 503-719-6475. Follow us on Facebook at Breakside Brewery or on Twitter @breaksidebrews.