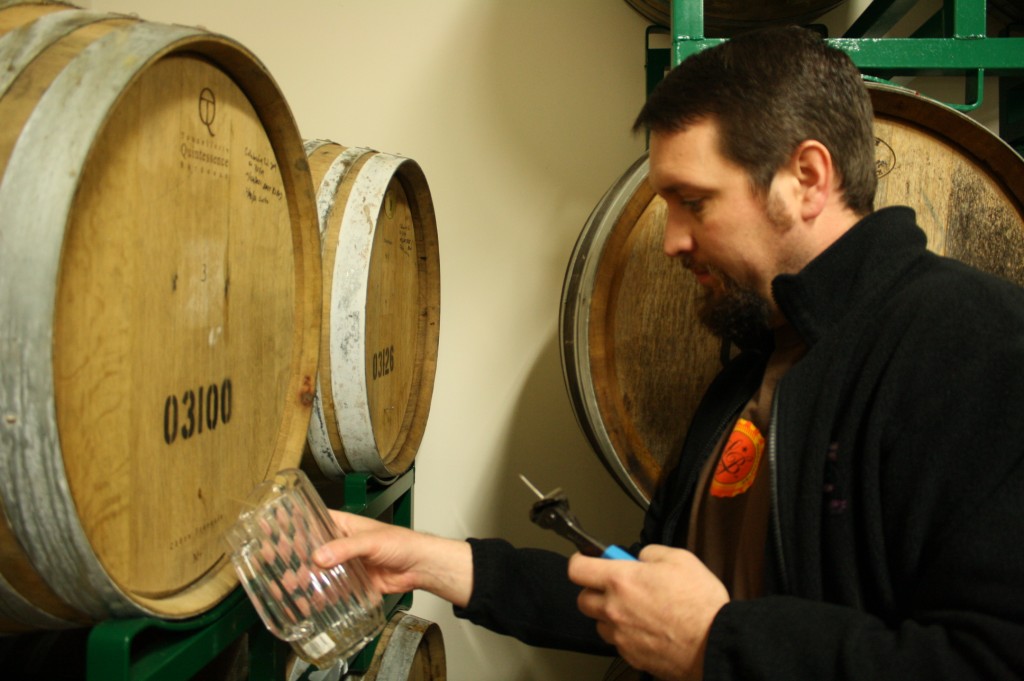 For the eighth year in a row, Oregon Brewers are gearing up for the annual salute to all things Belgian, Cheers to Belgian Beers Festival. The fest will once again be held at Metalcraft Fabrication in Portland and will run Friday May 30th from 5-9 PM and Saturday May 31st from 12-8 PM. And for the fifth year in a row, or so, Oakshire Brewing will be participating in this unique and enjoyable festival. I’ve been asked to say a few words about the festival and our entry, Saison Debutant, and how the beer came about.

In the event you haven’t attended this fest, each brewery (this year 50+ attending) brews a special Belgian Style beer using a single yeast strain provided at special pricing by Wyeast Laboratories. The yeast strain is decided upon ahead of time and for the 2014 fest, the strain is 3538 Leuven Pale Ale. One of the best parts of this fest is that each brewer is free to let their creativity shine and make whatever “Belgian-inspired” beer they can come up with using the selected yeast strain. There is one caveat though, and that is the dart throw at The Horse Brass. Several months before the fest, brewers who want to participate gather and throw a few darts. The spot on the dartboard that is hit determines if the brewer has to make a light or dark beer and a high or low alcohol beer. This assures there is plenty of variation in the beer styles presented at the fest. So, come on out this weekend and enjoy the great beers, some great food, and a Brewer DJ or two spinning vinyl. 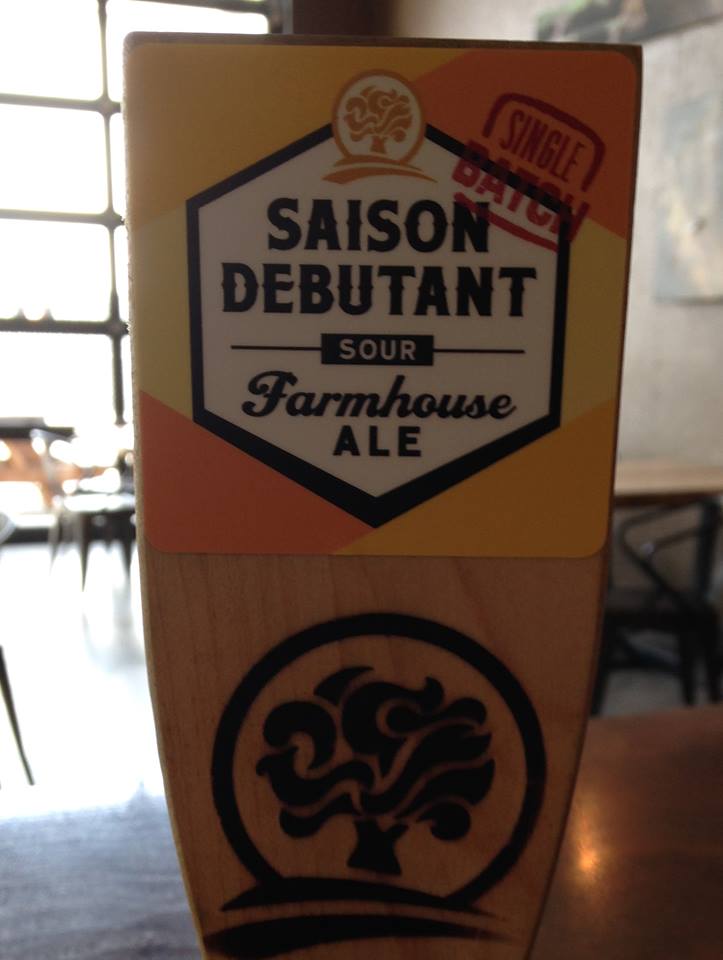 As far as the Oakshire submission for 2014 is concerned, we went into the dart throw knowing we were going to make a Belgian style IPA at some point this spring. What a perfect way to kill two birds with one stone, I thought. If only I could nail light colored beer and high alcohol! Well, circumstances were such that I wasn’t able to make the trip from Eugene to Portland to throw for myself, so someone stepped in to help us out. I’m certain I would have hit the dartboard in the EXACT area I wanted, but alas, our stand-in failed and we got light colored but low alcohol. Therefore, I initially decided to scale down the recipe and make it a Belgian Pale ale. I mean, the yeast is called Pale Ale yeast and it does originate from beers that are thought by some to be classic examples of the style. It seemed so obvious….until my brewers revolted and reminded me how boring it would be to make a classic Belgian Pale Ale (apologies to my brewing brethren who crafted Pale Ales. I know yours will be delicious and I will try them). But they wanted to do something a little sexier, with a little more curb appeal.

We had been kicking around ideas to make a kettle soured beer with techniques used in Berliner Weisse brewing. If you are not familiar with kettle souring, think of all the great beers that 10 Barrel has been making with their ‘Crush’ Beers. Perhaps you’ve tried one from Breakside, or even from my friend Jason Yester’s new-to-Portland beers from Trinity Brewing in Colorado. To me, Jason is using these methods to make some of the most unique sour beers being produced today. So, naturally, I have been picking his brain, along with a few other friends along the way, to make sure this new method of brewing sour beers is solid. But you can hardly blame me. Not only are sour beers one of the hot new beer styles, but Lactobacillus is not exactly an invited guest into most breweries. A lot has to be known to not only make a beer excellent, but also to keep beer spoilers in the right places so as not to cause any damage to other beers and equipment in the brewery. In a nutshell, you toss a culture of Lacto into warm wort (unfermented beer), let it grow on the sugars to produce lactic acid, and then continue brewing as normal.  Sounds easy, right? Well, there are a few spots where things could go awry, so we proceeded cautiously. 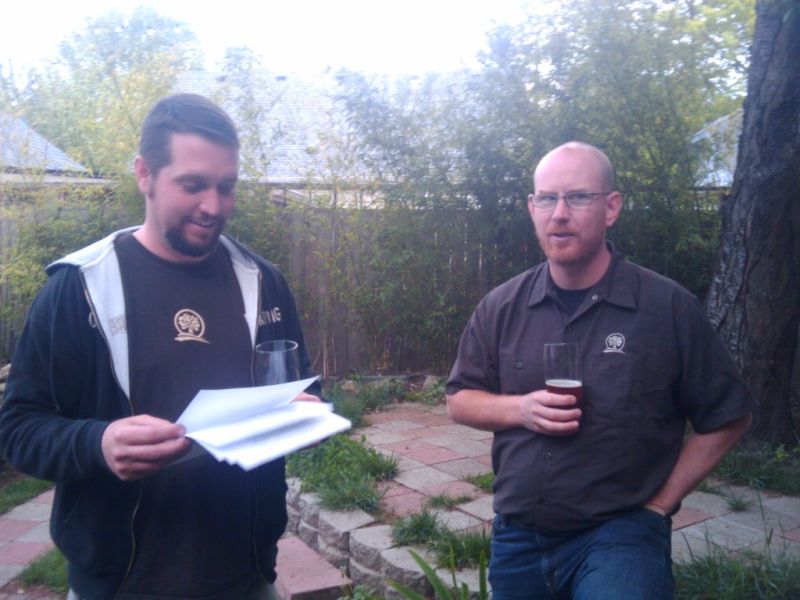 When go time came around, my talented team and I set out to make Sour farmhouse ale for our entry into the fest. We chose some spices to add so that it would feel a little more in the farmhouse tradition rather than a straight up Berliner Weisse. We chose orange peel, ginger, and lemongrass to accentuate some of the tart and citrus like flavors from the lactic fermentation. The grain bill consists basically of two row pale, wheat, oats and a little spelt. It is very lightly hopped. Chad Yakobsen, of Crooked Stave in Denver, warns us that if you want lacto to do its job, keep the IBUs countable on one hand. We mashed the grains, ran off to the kettle, and once the correct temperature was reached we pitched the lacto culture where it hung out for 40 hours. The Ph dropped to about 3.2. For all you non-science majors out there, that is sour! On Sunday morning, we came back in, flipped on the kettle burner and basically killed the culture making it safe to run into our fermenters where it finished off with the Leuven Strain.

The finished beer ended up being plenty sour, perhaps more sour than we thought it would. It’s light (4.7%), tart, and fruity (orange, lemon) with just a little spicy notes from the spices we added. In our opinion, it was a great first attempt and we now have lots of other ideas for making beers with these techniques. As you know 10 Barrel has done great things adding fruit and cucumbers. Trinity (who won a GABF medal with cucumbers) also ferments with Brett and has even added a copious amount of hops, and while that sounds a little odd; it is actually delicious (Red Swingline). For a special tapping at our pub, we aged a keg on Mangoes and we blew through the keg in a couple of hours. Needless to say, we’ll be making some more kettle soured beers in our Single Batch Series and we’ll have a great time coming up with lots of different variations and beer styles.

In conclusion, a purist might say that this type of beer we made really isn’t in the Belgian tradition, and I might tend to agree. However, the Belgian tradition is less about beer styles and techniques and more about a mind frame. It is truly about thinking outside the box, making unique and flavorful beers, and not being confined to what others think is the right way to make beer. This freethinking mindset to designing beers is really what is behind the breadth and depth of beer styles that originated in Belgium. And, I would argue, is what is putting American craft brewers on top of the Worlds most amazing brewing scenes in terms of creativity and beer style development. Plus, I didn’t have three years to age a Lambic, so there’s that.

Come on out to Metalcraft Fabrication this weekend and checkout all the great Belgian inspired beers. Don’t forget to sample Oakshire’s Saison Debutant. She’s the belle of the ball and this is her coming out party. Proost!