Brewpublic welcomes Matt Van Wyk, the first writer in a series of posts he will be leading known as “The Brewmaster’s Corner.”  Here we will be getting a first hand account of what it means to make great beer here in the Pacific Northwest. Matt brings a wealth of knowledge to our site and we are more than honored to have our friend here to rep us hard. His collective understanding for  the scientific, methodological, and artistic aspects of brewing and recipe creation are what makes him a true brewmaster. Take it away, Matt…

Ah, the guest brewer blog post……how to begin? Let me just say that I am honored that the fine folks at Brewpublic have asked me to give some input into their wonderful space on the www. In my little corner, I hope that I can shed some light on the beer world from a brewers perspective and perhaps invoke a little thought about what it means to be a lover of this fine elixir we call beer. 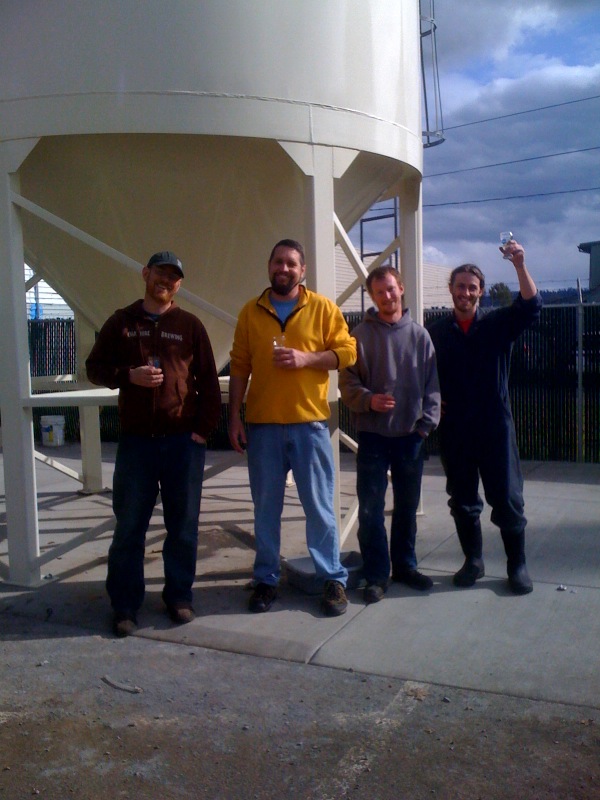 Since this is my first entry at Brewpublic, I’ll start with a brief introduction if Angelo hasn’t taken care of that already (if so, he’ll edit this sentence out and you’ll never know I typed it). I’m Matt Van Wyk, Brewmaster at Oakshire Brewing in Eugene Oregon. We’re a small but growing production brewery that is approaching our fourth full year in business. More about Oakshire can be found at www.oakbrew.com (sorry for the plug. Thanks Brewpublic. That will be the last) . I’ve been in the wonderful world of Oregon Beervana for just a year as I moved my family of four to Eugene in March of 2009. My wife Jenni is an advisor at the U of O and my son Nick is 6 and Daughter Ella is 5. -You didn’t think I was just going to talk about beer did you?? I’ve been turning water into cerveza for about ten years for a paycheck. Most of that time has been spent in the Chicago area working at Flossmoor Station. www.flossmoorstation.com. Now, at Oakshire, I couldn’t be happier, as we live in the land of plenty. Plenty of BEER that is. The Midwest was great, sure, and there are many breweries that you Northwesters haven’t discovered, but bowling alleys, strip clubs, and elks lodges didn’t have good beer in the Midwest. That’s all there is to it! Now, before you go off thinking I spend most of my free time visiting Bowling alleys, Strip clubs, and Elks lodges, let me tell you a little about my observations on the beer scene having lived in Oregon for the last year. (my apologies to those of you for whom this is not a revelation)

The beer culture in Oregon is just plain different. When you say the word beer, a huge percent of the population of this state has images of pale ales, stouts, IPAs, and amber ales-not images of our buddy weiser. Sure, there are a lot of mega brewer loving swill kickers throughout the state, but isn’t Oregon really just about PDX and the I-5 corridor?? Can I get an amen? Ok, I’m just kidding my East Oregon compadres. I do happen to love and respect Barley Browns,and Terminal Gravity makes a tasty IPA. I’m just trying to raise an emotional response here. From where I came from, the state of Illinois, was all about Chicago, and then there was downstate. It’s kind of the same thing here-only there is no Beer Valley Brewing in Downstate Illinois! Bottom line, in Oregon, you don’t have to say CRAFT beer, because craft beer is BEER to us. Forget the rest. 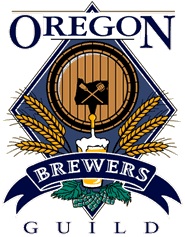 There is a lot of good beer in the Midwest, but there is A LOT of good beer in Oregon. It’s amazing that the number of breweries succeed in this state, and especially Portland, but I guess that goes right back to Observation #1. And they keep opening more and more breweries every month. Incredible. (now might be a good time to link to the “Portland Beer Apocalypse” post at the New School Blog- http://thenewschoolbrewblog.blogspot.com/2010/03/portland-beer-apocalypse.html ) I say, keep ’em coming! There can’t be too much beer in Oregon.

Let me preface this one by mentioning that I really don’t mean to bore the dedicated beer fans, brewers and beer writers who are reading this by just breezing through the obvious-playing nicey nicey so that nobody gets mad at me by the end of this post. But perhaps this is obvious and nobody wants to say it. Here goes: There IS a lot of great beer here, but because there is a lot of beer here, to me it is more obvious that some of the beer is not so great. Having the greatest number of breweries per capita does not make us the greatest state in the brewing world. The number of GREAT breweries per capita is what makes us great. Good news Oregonians, we’re still winning! Just don’t let it slide. Don’t make a bad beer and hope nobody will notice. Take pride in your work and it only takes the rest of us to higher ground. Thanks to those who do!

It took most of this last year, but I’m starting to find a breadth of styles across the state. One of my biggest concerns when I relocated was the fact that the breadth of beer styles was very shallow. Too many IPAs (hey, including Oakshire) and not enough Belgians, lagers, barrel aged beers, experimental beers and such. BUT, I stand corrected. With guys like Nick at Block 15 in Corvallis, Alex at Upright, Rick at Heater Allen, and Alan at Hair of the Dog, I find that indeed there is a lot of variety out there. And I also learned that our customers (Our as in Oregon, as well as Oakshire) demand IPAs, Amber Ales, Stouts, and such. Guess what we make the most of here at Oakshire? So, note to Oregon brewers-make fresh, resinous hoppy beers, just don’t forget about diversity and variety.

Making beer for a state and in a state where, in one weekend, I can swim in an Ocean, climb to the top of an 11,000 ft mountain, raft down whitewater, and hike around the deepest lake in the US, all the while drinking great beer at a pub, in a bottle, or in a can should not be taken for granted. Imagine yourself as a beer drinker or a brewer in any other spot in the country and I bet you won’t be nearly as content. It harkens back to the Old Milwaukee commercials I remember as a kid, “It doesn’t get any better than this.” (Oh, that’s a beer. Not a good one, but the first one my dad let me try. And the light version….blahh). Respect Oregon, the brewers who make it and the fans who drink it!

So how about the rest of you folks who have moved into Oregon (there are a lot of us) in the past several years? What do you like best about our beer culture? Least? How is it different? Miss anything about where you came from? (Native Oregonians are welcome to sound off too, just make sure you’ve experienced a particular beer scene and are just sold into the hype.)