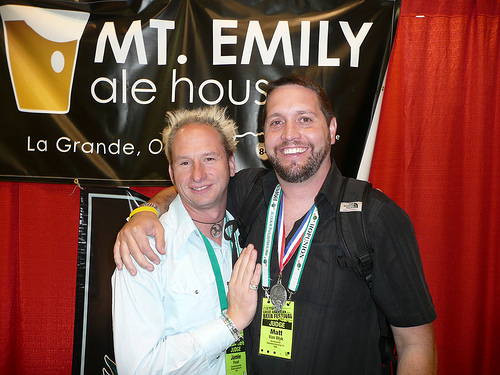 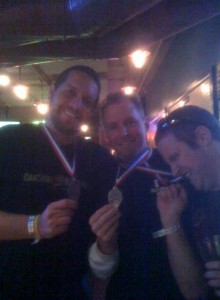 First of all, the GABF certainly isn’t for everyone. Only about 500 or so breweries out of the 1,600 in the country participate. Entry fees are steep, competition is high, and the smallest brewers are at a slight disadvantage in packaging quality as all beers must be bottled for judging. Many brewers choose to spend their money elsewhere. Some, like us, feel there is some value to the GABF. First of all, it is a professionally judged competition. Brewers, beer industry professionals, BJCP judges, brewing school faculty, and more gather to judge. There are even several foreign judges in attendance. Therefore, the feedback, and hopefully recognition by this panel of judges can really help you grow as a brewer. I have been fortunate to judge the last 4-5 years and I can tell you that sitting at the table with folks with palates far superior to mine is definitely a learning experience. Secondly, marketing a medal at the GABF really is meaningful. Last year we won our first at Oakshire for Overcast Espresso Stout and it was quite a badge of honor for our young little brewery. For me, it was my 10th GABF medal and it was no less important than the first. To me, it meant that the beer I

make can stand up with the best in the country. And for anyone who thinks that paying the entry fee gets you a marketable medal, let me give you the stats. 80 or so categories. 3 medals in each category. So the Brewers Association, who puts on the event, gives out about 240 medals. This year 3,500 beers will be judged. Therefore, less than 10% of the beers walk home with an award. More than 90% go home empty handed. And until last year, Oakshire did. And of course, that’s not fun. But the judging feedback is nice and the chance to try beers from around the country is a learning experience. 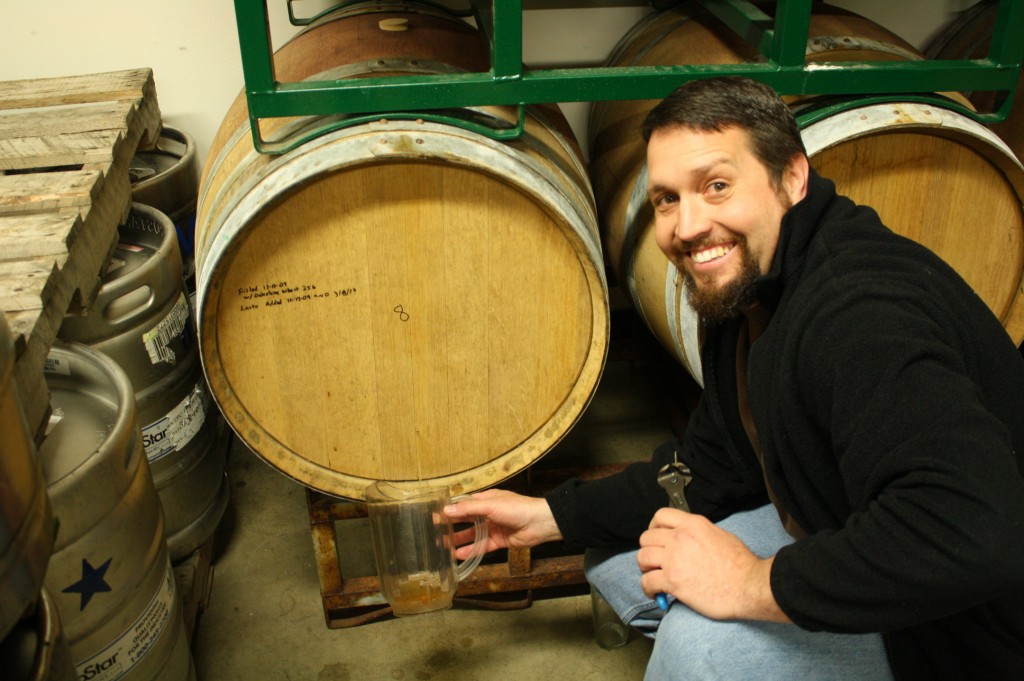 So, getting beers to the competition is no small feat, let alone getting them there in good condition and winning an award. Let me tell you the nuts and bolts. Roughly in early May, an all call goes out for entries. So, way before summer gets rolling, you have to think what will be ready in August for judging in September. Now, if a brewery just sends it’s full year round line up, then all the brewer has to do is make sure everything is fresh and ready, at the same time. But if you want some special seasonal or one off, you have to brew a special batch. For instance, this year a new category is American-style India Black Ale (aka Cascadian Dark Ale), which is now our spring seasonal. To compete with that particular beer, I have to brew a single batch. It would sell, for sure, but it takes up a tank that I may have had a summer or fall seasonal in it.

In early June, the entry deadline comes around and that’s when a brewer fusses and frets over the little details. Does the beer fit here? Is this a good example of that style? Just because my customers love it, does it mean the judges will? Sales and professional judging does not always coincide. A lot of effort goes into choosing beers for the event and choosing the category that they “fit” into. Although they attempt to make it a objective as possible, there are several things that make it subjective. Picking the right category is an important part of the game. 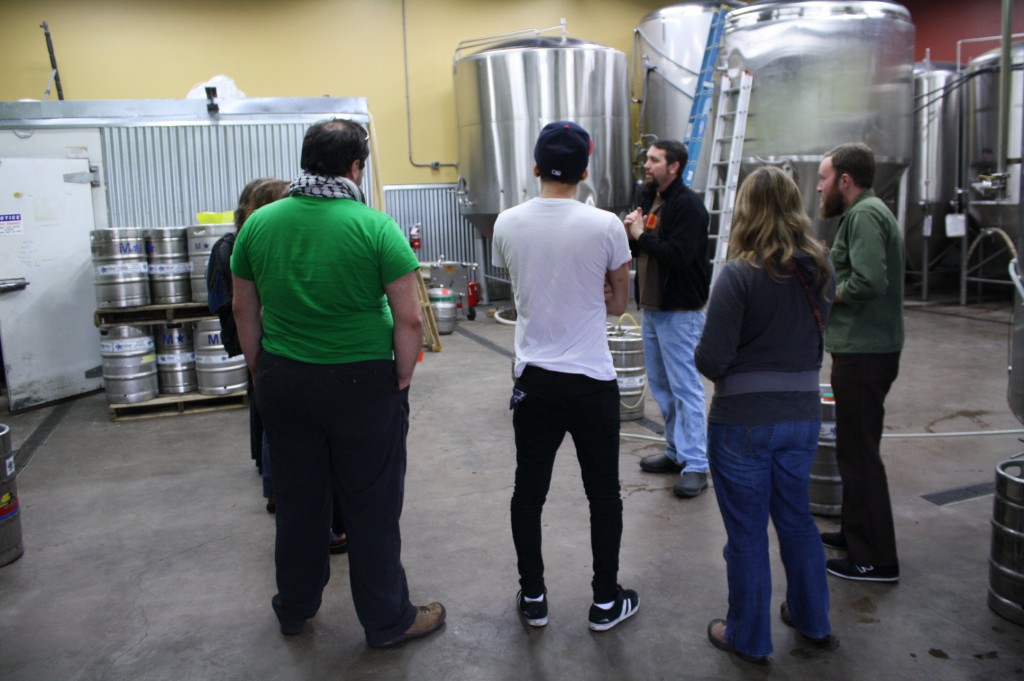 After you waffle back and forth on the beers you will send, you send in your entry (along with the check of course) and then wait for your confirmation to be mailed back in July. If you changed your mind, or ran out of time to get that special batch of Imperial Stout in the tank (in July) then you can make last minute changes. Once the final 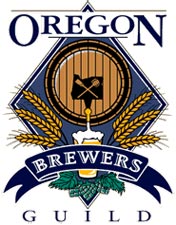 confirmation is turned back in at about late July, things are final. Then you have about a month to get the beers finished and packaged for sending to Denver. And THEN it will sit in the bottle for a month before the judging, as they have to receive, unpack, sort, and deliver the beer to the competition site. But let’s back up to the bottling part. Small breweries who don’t have packaging lines have to hand bottle beers and this inevitably leads to oxidation issues. I’ve been fortunate to borrow friends small bottlers and improve my chances of getting beer to Denver in good shape. Also both the Illinois Brewers Guild (of which I used to belong) and Oregon Brewers Guild help coordinate shipping on a pallet in a cold truck. This further helps the quality of the beer. Brewers who don’t do this have carefully pack and ship, sometimes overnight with ice packs to Denver. This could cost 300-500 dollars easily. Six bottles of each beer are needed, and depending on your number of entries, it could get quite costly.

Finally, the beers are shipped off and you hope and pray that they deliver quickly and quietly as all that time, effort, and money spent getting them there could be spoiled with one little semi breakdown or a careless worker having slippery fingers. 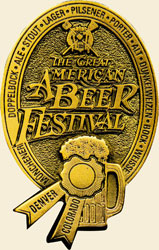 Now as I gather my thoughts about all this, I am pondering my flight to Denver next Tuesday. I’ll spend the week judging entries (not in categories which I’ve entered beers; the event doesn’t allow for that), meeting friends old and new and imbibing in the very best beers the United States has to offer. On Saturday afternoon, September 18th, the awards will be handed out and we hope to have multiple trips up on the stage to shake hands with the legendary Charlie Papzian. We’ve worked to hard not too. We plan to see several of our friends at Oregon breweries do the same. It’s no small task, my job. But I am up for the challenge. Viva Beer!