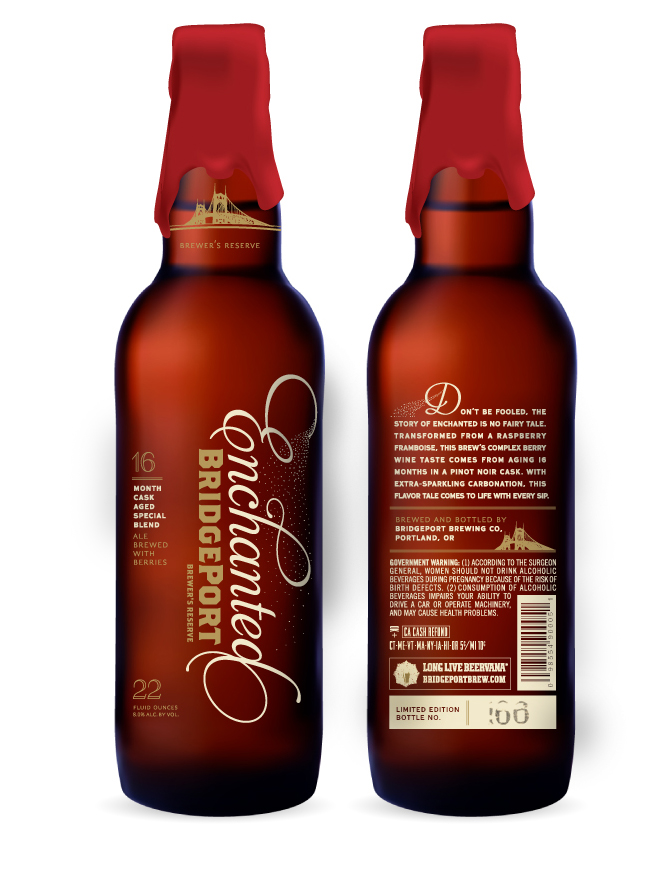 It’s nice to see BridgePort Brewing Company continue to dip their toes into the more heteroclite and esoteric realm of craft beer. With staples like their IPA (a beer that really helped change perceptions and palates in the early days of the modern day craft beer revolution) and Blue Heron Ale (not to mention the most spectacular ESB that was for some reason removed from their portfolio), the past handful of years has witnessed the Portland brewhouse delve into more and more innovative styles that Cascadians continue to demand. The latest venture from BridgePort appears to be their most daring and beer geek-centric yet. Say hello to Enchanted, a two-year-aged rendition of BridgePort’s Stumptown Tart. The 2010 release was a Framboise (raspberry beer) that has metamorphosed into Enchanted and awaits palates at this year’s Great American Beer Festival. Packaged in handsome wax-dipped 22-ounce bottles, it sounds like you’ll be lucky to score a sample of this super-limited release.

PORTLAND, Ore. – October 10, 2012 – BridgePort Brewing Company, Oregon’s oldest craft brewery, is set to premiere its newest beer, Enchanted, at this year’s Great American Beer Festival in Denver, Colo. The new, very limited brew is an aged version of the brewery’s ever-popular Stumptown Tart from 2010. Enchanted is a Belgian Style Framboise infused with 2,000 pounds of Oregon red raspberries and then aged for two years in oak barrels.

“This is a special one for our team,” commented brewmaster, Jeff Edgerton. “The 2010 Stumptown Tart was a favorite not only amongst our loyal BridgePort fans – but also amongst our brewers. The only way to up the ante on that beer was to let it age in oak barrels for two years. The result is something surprising and pretty unforgettable.” 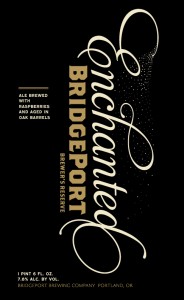 Enchanted has been described by the limited few who have tried it as presenting with an obvious berry wine taste and then finishing with the mellow flavor of oak and some extra-sparkling carbonation. This reserve beer will be available in limited quantity in Oregon only.

About BridgePort Brewing Company: Oregon’s oldest craft brewery continues to evolve from a microbrewery to a regional leader in the craft brewing market, while remaining faithful to its commitment to producing high-quality, innovative craft ales. The BridgePort family of ales includes IPA, Hop Czar, Kingpin, Witch Hunt and a list of seasonal releases. BridgePort Brewery is located at 1313 N.W. Marshall St. For more information, call 503-241-7179 or visit www.bridgeportbrew.com.