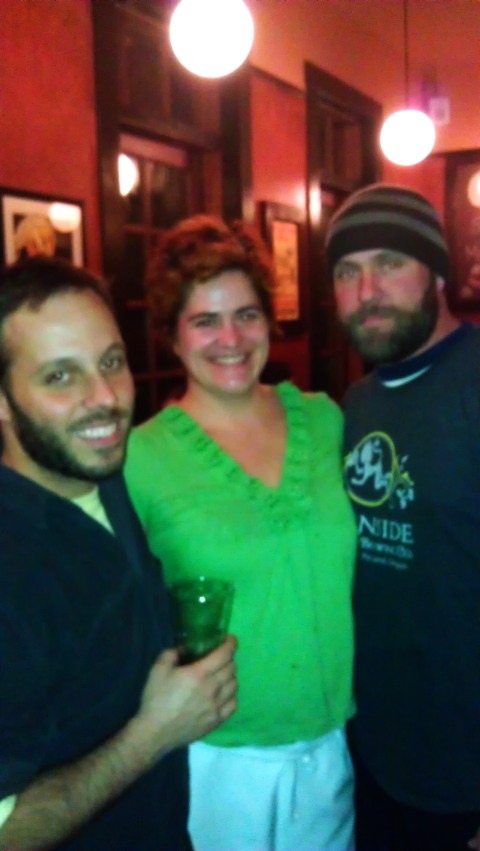 Burnside Brewing and crosstown rivals Breakside Brewery have been in a squabble of their similar names. According to a trusted undisclosed blogger source, Breakside founder Scott Lawrence hit the owners of Burnside Brewing with a cease and desist for the use of a similiar name. According to Burnside insider Jay “Glazer” Gilbert, “Apparently that guy thinks he’s Art Lawrance (sic), like he has some power over our medal-winning wizardry.” 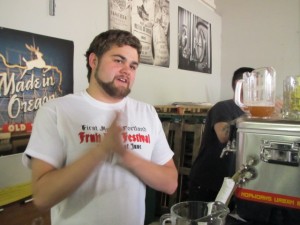 Breakside Brewmaster Ben Edmunds responded simply with “Pfft!” as he pointed to two GABF medallions hanging around his neck. Then, less than an hour after talking with both parties, we found out from barmaster and libation specialist Tom “Tom Cat” Fischer that the two breweries are now one thanks to a shotgun merger. According to Mr. Fischer, the new brewhouse collective will be dubbed B-Side Brewers Alliance.

With the new merger almost complete, Lawrance has sought the advice and council of his head brewer Jacob Leonard who is rumored to hold insider trading information on his old brewery Widmer. One undisclosed blogger source tells us that Leonard has worked to discover the secret of Widmer’s “Alchemy” and plans to use it to roll out a new Alchemy line of beers with Burnside Brewmaster Jason McAdam brewed with a proprietary hop blend and Hindu and Jamaican scotch bonnet peppers. When asked to comment on the new line, McAdam was unavailable, away on a deepsea fishing expedition. 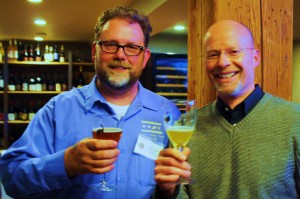 Moments after all of this news came down, Brewpublic discovered that B-Side Brewers Alliance was incorporated into Craft Brewers Allliance (CBA) which includes the brands Widmer, Redhook, and Kona. And not long after that it was learned from Not So Professional Beer Blog’s Sanjay Reddy that CBA is slated to soon be engulfed by A-B/InBev. Fortunately for the brands, a recent adjustment by the American Brewers Association has allowed for breweries producing under 1 billion barrels annually and located within the Western Hemisphere to be defined as “craft” as long as they meet a “big donor” criteria, making B-Side-CBA-AB-InBev (BSCBAABIB) the largest craft brewery to date. However, stay tuned as there are rumors pending that a merger between BSCBAABIB and SAB-Miller-Coors sould be inked by April 1 of 2014.