Ashland, Oregon’s Caldera Brewing has added a new dimension to their craft beer repertoire, a line-up of seasonal craft brews soon to hit shelves for distribution…in bottles. A pioneer in canned craft beer, Caldera is the first Oregon brewery to can their product since the craft beer revolution. Beginning with their brightly hopped Pale Ale and now also selling their India Pale Ale and Ashland Amber in cans, the brewery has won over the hearts and taste buds of several Northwest beer lovers. Now, with the help of Green Bottling, who works with more than 17 Northwest craft brewies, Caldera will feature a special seasonal line-up of beers in 22-ounce bottles. Known as “the Kettle Series,” this rotating assortment of brews, according to brewmaster and founder Jim Mills will feature eight different beers annually. 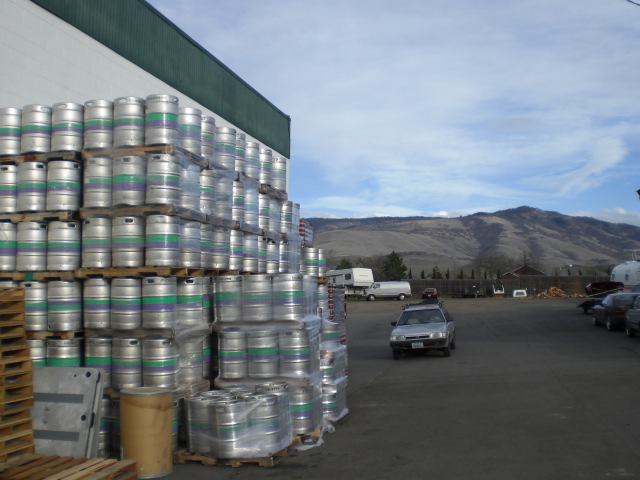 Lawnmower Lager: The first bottled beer by Caldera for distribution, this beer is a refreshing deviation from the gratuitously hopped beers many people refer to when they think of the brewery. Living up to its name, the Lawnmower is a crisp, clean super-lite 3.9% ABV session brew perfect for the warm days ahead. Mills says the beer should retail around $2.99 on the shelves.

Hopportunity Knocks: Here’s a wonderful 6.8% ABV India Pale Ale different from Caldera’s well known IPA in a can. Brewed exclusively with Centennial hops and a variety of malts, this beer is all about a rich, unbridled hop flavor and aroma (100+ IBU) without overpowering bitterness. This is aided by the use of a hopback to steep the boatload of hops. The smell in the brewhouse when this beer is brewing is unbelievable! 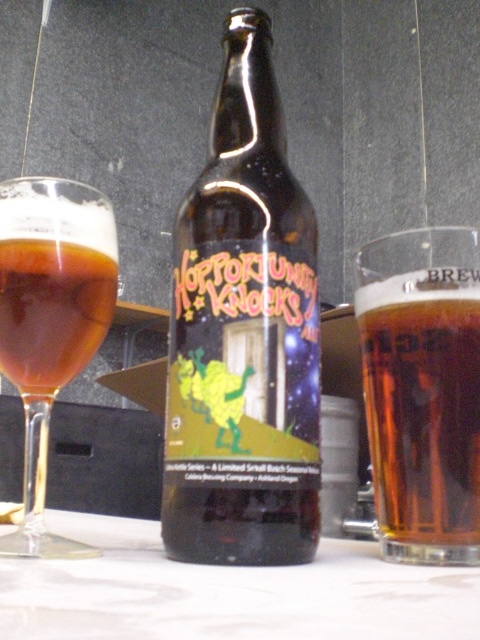 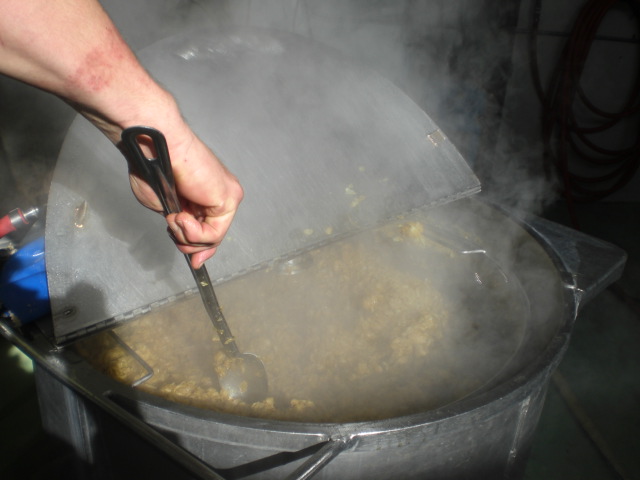 So far, the two aforementioned brews are the only ones to be bottled. In less than a month, others will also be packaged. According to Mills, here’s what we can expect to see in the Kettle Series in months to come:

Rauch UR Bock: “Should be one of the most smokey beers on the

Ginger Beer: Beloved draught offering with a distinct yet not overpowering presence of ginger in a light crisp bodied brew. 4.7 ABV %

We’ll just have to wait and see what other flavors Caldera bottles up in the future. In an interview Brewpublic did with Jim Mills last September, he said “I’ve always been into experimenting with different ingredients but in the last year I’ve been super-inspired all of a sudden. But all of a sudden I was just going buck wild with the recipes.”

Mills also says their Hibiscus Ginger Beer will be hitting the market in cans this summer sometime this summer. Hell yeah! 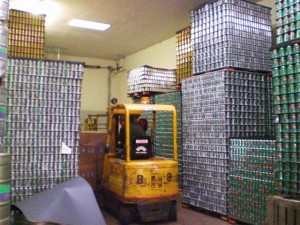 The brewery was  incorporated in 1996 and began selling kegs the following year.  In 2005, Caldera gained statewide popularity for becoming the first craft brewery in Oregon to can their beers. Operating in a 6000 square foot building on the southern side of town, the brewhouse is a 10 barrel system with fermentation tanks ranging from 10 to 60 barrels. One thing that sets Caldera apart from many other Northwest breweries is the incorporation of fresh whole flower hops into the brewing process. The brewery states that “whole flower hops have a cleaner taste than pelletized hops.” There’s no doubt that founder Jim Mills has a passion for fresh, dank hops. However, his brewery has an expansive palate and a passion for producing a wide range of beer styles as you can see.