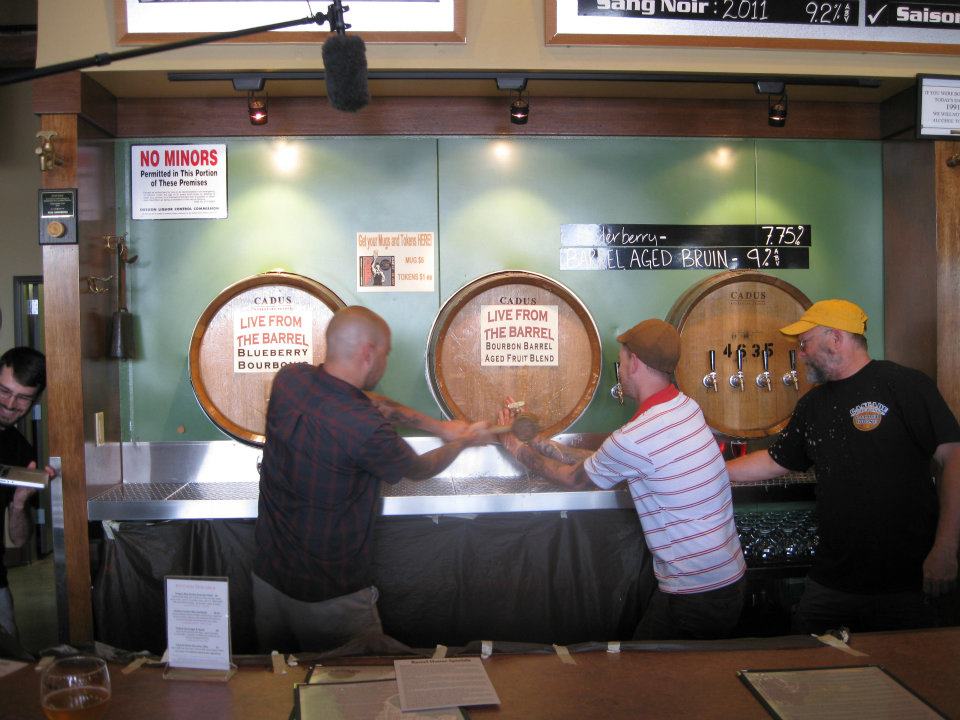 Each Tuesday at 6 p.m., Cascade Brewing hammers the bung into another live barrel of brew for their weekly Tap It Tuesday event. This week’s Tap It Tuesday features a very special release: Cherry Bourbonic Plague.

Aromas of dark, tart cherries, Bourbon and spices are noticed up front. Big, rich, dark cherries, dates, oak, leather and tobacco dance on the palate. Deep cherry notes, dark fruits and a warming Bourbon flavor finish this off as only the Bourbonic can. 10.2% ABV. 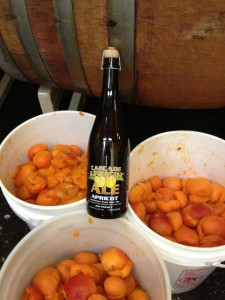 Also, Cascade has released bottles of their 2011 Apricot Ale to the public and a one of a kind 2011 Strawberry Sour. The Apricot is available for online purchase as well as at the Barrel House and Raccoon Lodge Brewery. However, if you want a bottle or four of the Strawberry, you’re gonna have to get over to the Barrel House or the Raccoon Lodge to get it.

More on these and other upcoming beers from Cascade: 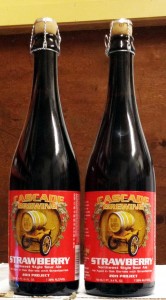 Bottle Update: Apricot 2011 & Strawberry 2011 have been released! Apricot is a blend of blond and triple ales that were aged in oak barrels for up to 12 months before aging on fresh apricots for an additional 10 months. Bottles sell for $18 and there is no limit. You can purchase them at the Barrel House, the Raccoon Lodge, and online.

Strawberry is a blend of wheat ales that were aged in oak barrels for up to 12 months before aging on strawberries for an additional three months. This is only available at the Barrel House & the Raccoon Lodge; sorry, no online sales, due to the very limited run. Bottles sell for $20 with a limit of 4 bottles per person.

Figaro bottles should be ready sometime in August – this was another very limited run, so no online sales for this one; it will only be available at the Barrel House, the Raccoon Lodge, and the City Beer Store in San Francisco. When we have the date, we’ll announce here and on Facebook/Twitter/Google+.