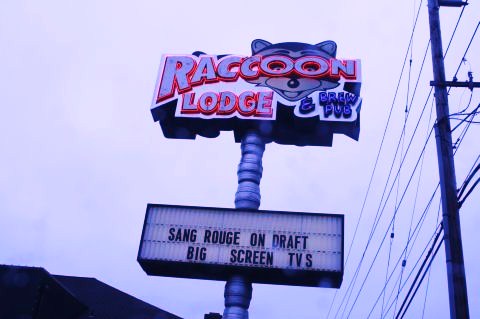 There’s a lot going on at Cascade Brewing these days. Their Raccoon Lodge was recently named as one of the world’s top 50 brewpubs in the world by RateBeer.com (See other breweries’ Northwest’s RateBeer accolades on a post here by Geoff Kaiser of Seattle Beer News). Further, nationally circulated Draft Magazine named Cascade’s Vlad the Impaler as one of the best 25 beers of 2009. Cascade’s Apricot Ale made Draft’s 2008 best of list as well.  On top of all this, the Cascade crew are working vigorously to get a new spacious barrel room and pub open at SE Belmont and 9th. They hope to be open some time this spring. We can’t wait!

We paid Gansberg a visit at the Raccoon Lodge this week to get our fix of his ennobling liquid artistry. New beers at the brewery include an Imperial Brown Ale dubbed “Busta,”  a non-soured Belgian Dark Ale known as “Bain de Brugge,” and the fourth in a highly anticipated seasonal series of German-style Gosebiers simply referred to as the “Spring Gose.” This salted beer has evolved from the more traditional summer rendition into a seemingly quixotic yet captivating cast of ingredients. This mildly tart and saliferous mild ale now features two varieties of lavender from Sequim, Washington. With a juicy, sunny hazed bodied, this beer is still in need of a bit more conditioning, but the complexities are already quite evident.

Also gracing the taps of the Raccoon Lodge was the red-letter sour just tapped, Sang Rouge. Soon to be sold in bottles, this blend of barrel-aged sour red ales is a leading candidate for Brewpublic’s best beer of 2010. This is a “desert island” beer; one that I’d opt for at the end of eternity. 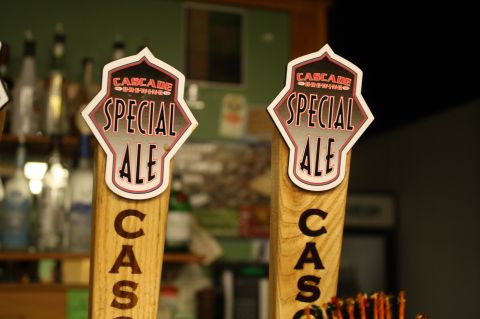 As can be expected, a group of beer geeks usually congregate around the brewery to get their taste buds close to the wonderfully imaginative recipes of Gansberg. Also on hand for some of these delectable brews was Chris Althouse from Oakshire, Tyffany DeGray from Deschutes, and Jaime Rodriguez from Hopworks. Thanks to Ron Gansberg for his hospitality and the “tee-hee”s. 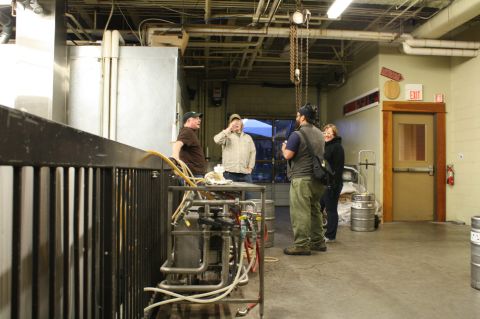 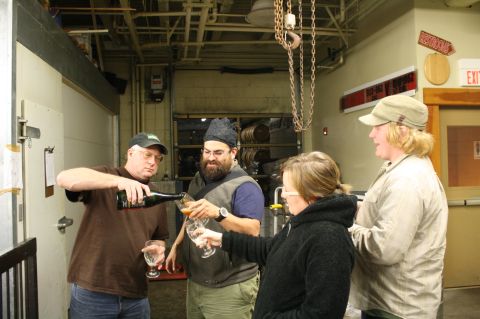