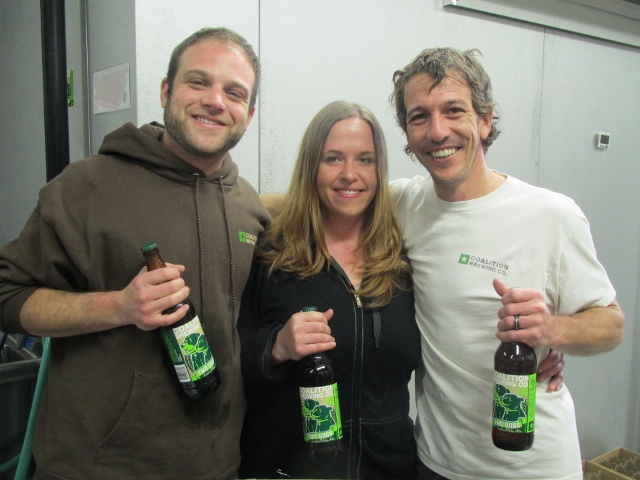 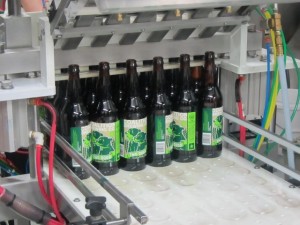 For this 10 barrel batch bottling (yielding about 150 cases of the goods), Coalition, employed the help of Portland-based mobile bottlers, Green Bottling. 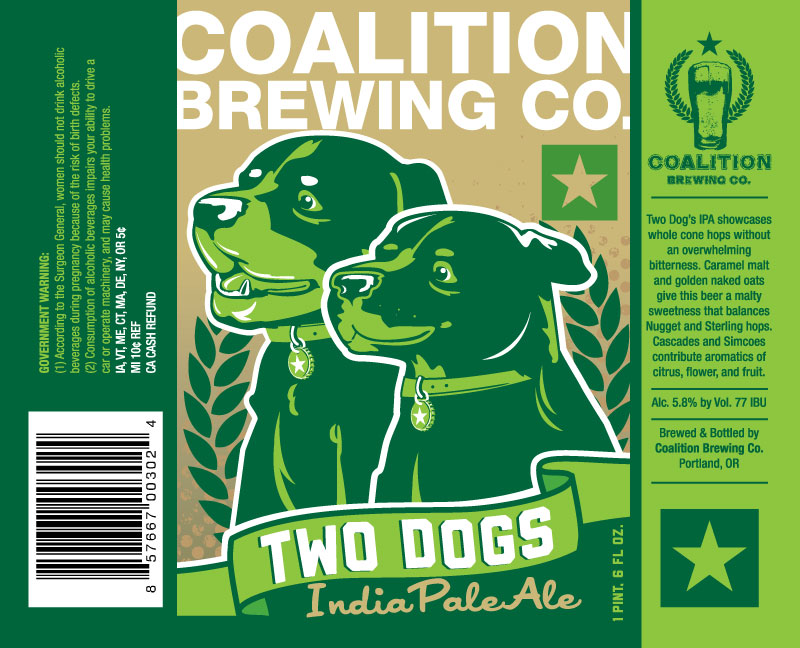 “We’re super fuckin’ stoked!” says Coalition co-owner Elan Walsky. “For us this has been the culmination of something we’ve been working on for a full year. We’re beyond excited that the beer people have been so excited to have this beer in bottles that they’ve enjoyed on tap at our pub. Our mission has been to maintain the integrity.” 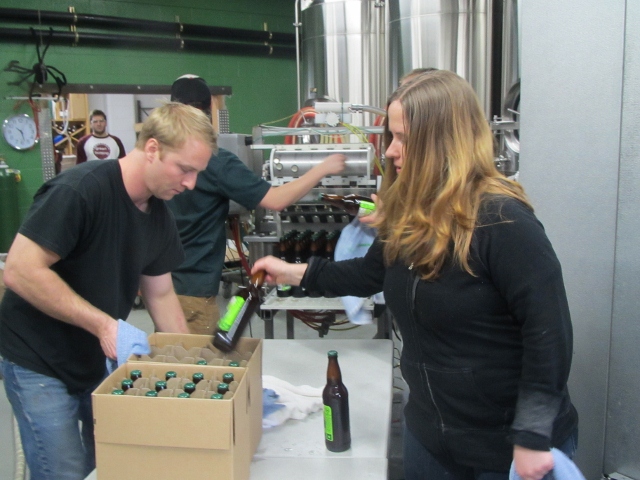 You may also notice the beautifully striking artwork created by local designer Bethany Ng, who has put together branding for the Hop & Vine and Saraveza.

This coming Friday, March 30, Coalition will be bottling their Rooster Cream and King Kitty Red. Look out!