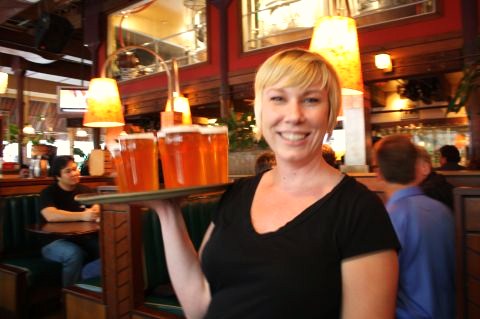 Seems these days there’s a beer festival every weekend. Moreover, there are several beer weeks being organized nationwide to celebrate our world’s burgeoning interest in craft brew. May 14-20 marks American Craft Beer Week, a nationwide celebration of artisan brewing. This week-long celebration, according to CraftBeer.com “offers an exciting opportunity for small and independent craft brewers and the community of better beer retailers to celebrate the ever advancing beer culture here in the U.S. Plus, tens of thousands of today’s beer beginners, beer enthusiasts, and hard core beer geeks make time to toast the week.” Look for many regional toasts highlighted by tastings and events to pop off in 2012.

From May 14-20, celebrations are expected to be held across all 50 states as communities come together to show appreciation on a local level for the more than 1,900 small and independent craft brewers responsible for the steadily advancing American craft beer culture.

“As the craft beer community continues to experience exponential growth, American Craft Beer Week has quickly become an iconic event that underscores the ever-increasing appreciation for small producers in this country,” said Julia Herz, publisher of CraftBeer.com and craft beer program director at the Brewers Association. “This year’s celebrations will once again provide an opportunity for small brewers, enthusiasts and the community of better beer retailers to celebrate this growth and the progressively popular craft beer culture in the U.S. The thousands of scheduled events nationwide underscore the grassroots nature of the craft beer movement.” 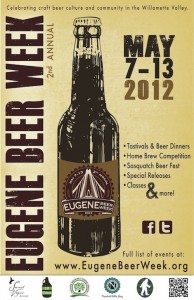 Taking place all over Eugene & Springfield! Eugene, OR (April 12, 2012) Eugene hosts its 2nd annual Beer Week May 7-13. Eugene Beer Week is a celebration of craft beer culture in the Willamette Valley. Venues and Breweries include Ninkasi, Oakshire, Hop Valley, Falling Sky, 16 Tons, The Bier Stein, Izakaya Meiji, Rogue, Cornucopia, Hot Mama’s Wings, the Eugene Hilton, Cascade Brewers Society, Boneyard Beer, Brewpublic, Sasquatch Brew Fest, Deschutes, Hopworks, and others. Beer week will feature beer tastings, brewer’s dinners, special bottle releases, a home brew competition, and other events celebrating craft beer. Breweries, retailers, bars, restaurants, and beer writers join together helping bring greater awareness of our region’s craft beers. Eugene Beer Week will culminate with the Sasquatch Brewer’s Dinner and Brewfest, which celebrate the life of one of Eugene brewing legends: Glen Falconer. The grass roots nature of this event brings a focus to Craft Beer and Eugene in a way that few, if any, events ever have. EugeneBeerWeek.org is the hub for the week with detailed information about all of the beer related events taking place. Events will be added to the website as we get closer to May. For more information: visit eugenebeerweek.org 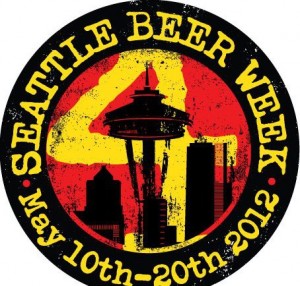 To support the city’s claim as “Best Beer City in the World”, Seattle, WA is returning their week of craft beer celebrating with their 4th annual beer week featuring more than 100 events in and around town. 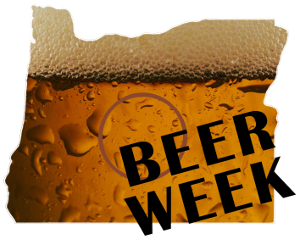 Central Oregon has one of the largest per-capita number of breweries of any region around, and on top of that a thriving, exploding beer scene—so it’s only natural that we also have a Central Oregon Beer Week, a week-long celebration of Bend and Central Oregon’s amazing beer culture!

Other events are in the works, including tastings, meet the brewers, beer dinners, some special tours, and much more, all in conjunction with the newly-formed Central Oregon Brewers Guild—check out and bookmark the Events page on the website to keep abreast of all the Week’s happenings!

If you would like to participate in Central Oregon Beer Week, we would welcome your event! You can fill out our event submission form on the COBW website to tell us all about it. 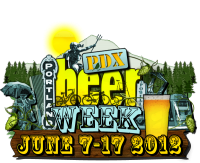 After a successful first year, Portland Beer Week has brought together an even more exciting group of events for its second year including a new official beer, a dry-hopped India Red Lager created in collaboration with Deschutes Brewery and Hopworks Urban Brewery — available in both bottles and on draft through this 10-day beer week.

In addition to having more breweries than any other city in the world, Portland enjoys one of the most advanced beer cultures — and a thirst for fun and educational craft beer events. Portland Beer Week aims to celebrate and expand that culture, not just by promoting Portland brewers and breweries, but tap houses, restaurants, food, and underexplored beer styles. Craft beer culture is not just about the beer itself but about the people, food, camaraderie, and education that comes along with this art form.

Festivals are a key component to this week’s Portland Beer Week; the return of the popular Portland Fruit Beer Festival (June 9 & 10) — in its second year, newcomers like the Rye Beer Fest (June 8), and the return of one of Oregon’s most unique events, an Olympics-style Brewers Summer Games (June 16).

Much more than a series of festivals though, Portland Beer Week aims to educate as well as entertain with a series of beer-related seminars, exploring everything from how to taste and evaluate beer, to pairing food with beer, barrel-aging beer, sour beers and blending, and wild and farmhouse-style ales.

Because Portland beer isn’t just celebrated in Beeverana, Portland Beer Week has invited an astounding roster of out-of-town and out-of-state brewers to represent, with a series of state-themed Brewers Nights. Meet Mitch Steele, Brewmaster of Stone Brewing Co., Eric and Lauren Salazar of New Belgium Brewing, Dick Cantwell of Elysian Brewing, Brewers from California’s Beachwood BBQ, Almanac and Drake’s Brewing. Plus the relaunch and debut of 10 Barrel Brewing’s all-star lineup of brewers and reimagined beers with Jimmy Seifrit, Tonya Cornett and Shawn Kelso. That is just for starters, with more brewers joining the lineup over the next few months.
Portland Beer Week kicks off Thursday, June 7 at Spirit of 77 with the release of the 2012 reserve India Red Lager, a mini brewfest and a bracketed Brewers Pop-A-Shot Tourney. Two versions of the official reserve India Red Lager beer will be brewed, with Deschutes brewing the first batch meant for draft sales and Hopworks taking on the beer destined for bottles. Limited quantities of Portland Beer Week India Red Lager will be available at participating bars, breweries and restaurants of Portland Beer Week.  Just like the city itself, this is different, it’s unique, it’s Portland Beer Week!