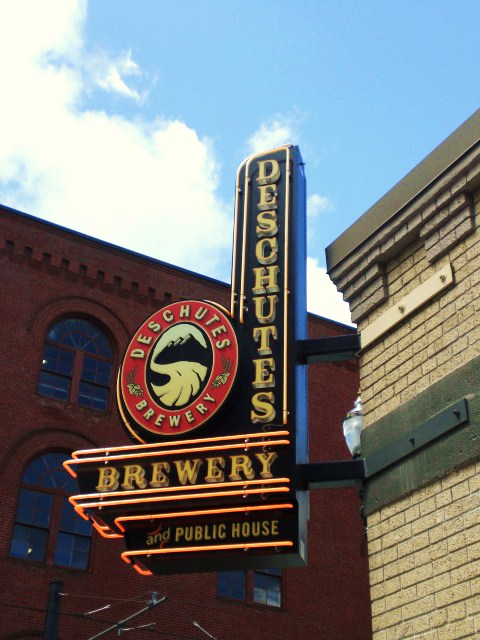 Today Deschutes Brewing announced the release of three specialty beers from their Reserve Series and Bond Street Series. These beers, in addition to being available on draught, will also be on shelves in handsomely packaged 22-ounce bombers.

Hop in the Dark Cascadian Dark Ale: Released this month, this dark and citrusy black IPA (that’s what a CDA is if you still aren’t aware) will be the latest in Deschutes’ Bond Street Series. The complex flavors of boisterous aromatic and bitter hops coupled with a mild almost minty roast makes this beer suitable for any season. But it won’t be around for ever. Available in bottles in all 15 states where Deschutes is sold, Hop in the Dark was also flowing on tap at the Portland pub a few days ago when we stopped in for lunch. Black Butte XXII: What started as a wonderful experiment for Deschutes’ 20th anniversary two years ago has turned into a perennial favorite within the brewery’s Reserve Series. Releasing on June 27, you will find this notably bold dark and robust chocolate and coffee brew on select draught and in waxed dipped 22-ounce bottles. This year’s beefed-up rendition of Black Butte offers a unique twist from the first two years’ releases. Generation XXII melds cocoa nibs, dark chocolate, and orange peel, and chilies all aged in bourbon barrels to create what they call a “masterpiece of creative brewer whimsy.” Look for specials and fun festivities at Deschutes’ anniversary events in both Bend and Portland. 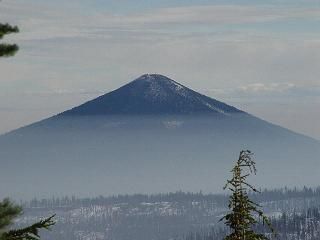 The Dissident: We know it is still early yet, but we can’t stop thinking about this out of this world wild ale due out in September. Spending eighteen months in isolation to assure its favorable funkiness doesn’t infect the rest of the brewhouse, The Dissident, a Flanders-style brown ale, will surely have the craft beer world buzzing. Deschutes’ only wild yeast beer so far, brettanomyces and lactobacillus impart its characteristic sour taste. Lavished with whole western Washington cherries picked out personally by brewmaster Larry Sidor, The Dissident is, according to Deschutes, “the brewery’s wildest, most expensively pampered beer.” From our perspective, the last release of this special brew was one of the best ever, and the label art was equally a artful. 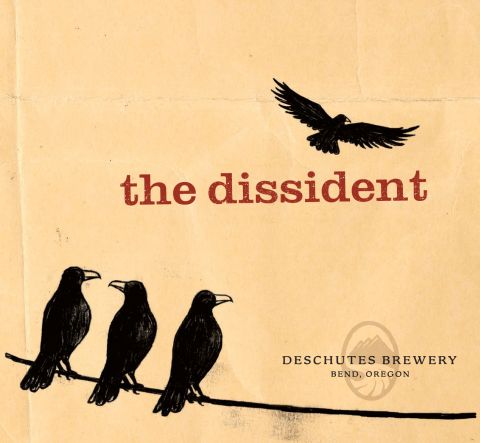 Well, those are just a few beers at Deschutes to keep your your eyes peeled for down the road. The great thing about their two taprooms is you can usually find something new and interesting to sate your wondering palate. On our last visit we enjoyed a special N2 Theo Stout, a nitro pour of made with organic cocoa nibs used added to the brew kettle. From the Theo chocolaters, Deschutes brewers also melted Theo’s 74% chocolate directly into the finished beer. We also enjoyed a cask pint of their summer seasonally released Twilight Ale. A light, crisp, floral quaffer perfect for the warmer days ahead.