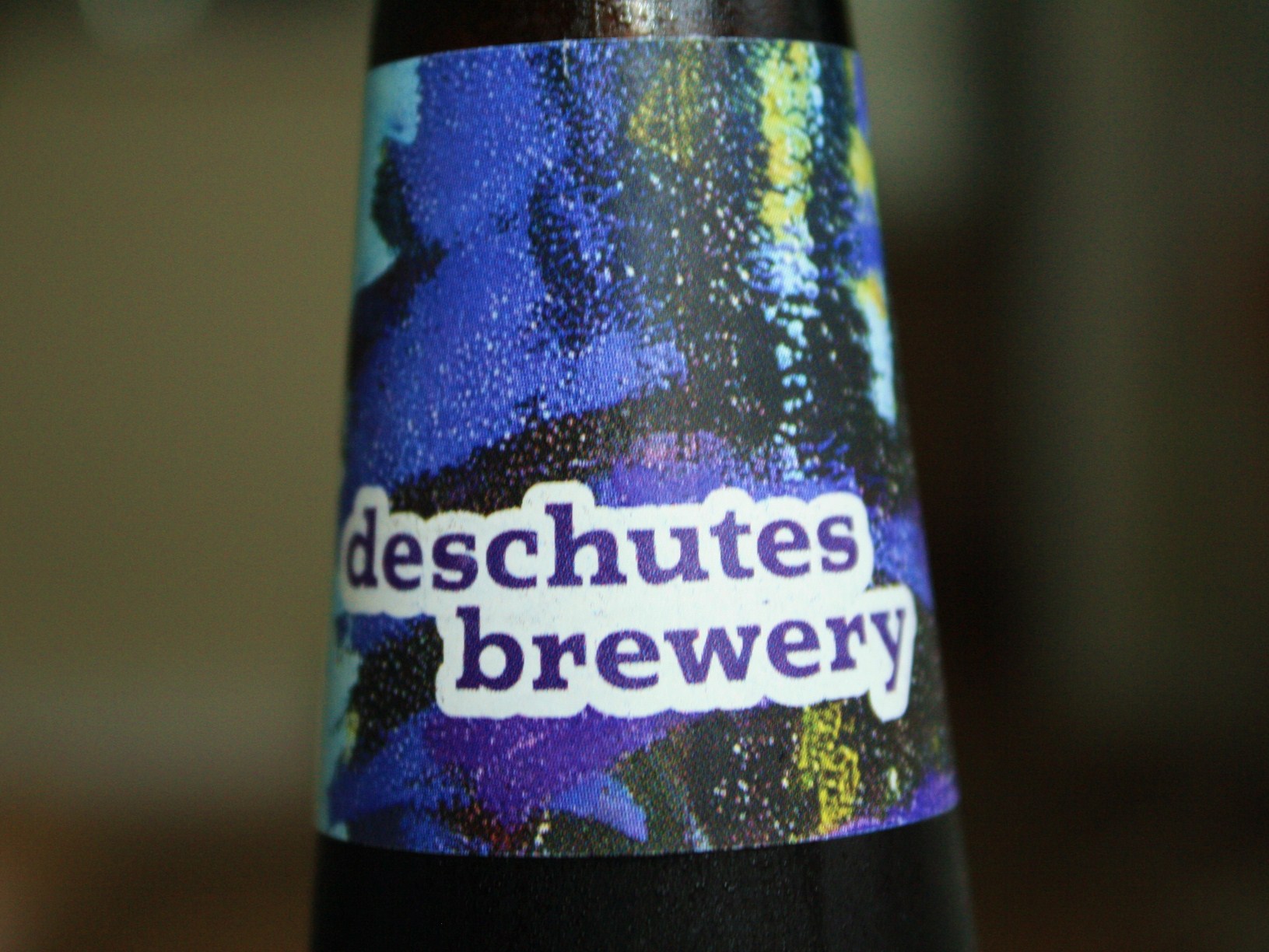 It can easily be argued that Deschutes Brewery is one of the best breweries in Oregon if not the World. With a crazy amount of awards from all over the planet, their three breweries produce a rich repertoire that runs the gamut of styles from the light and refreshing Twilight Summer Ale to the boldly toothsome Black Butte XXI. As fans of the company, we at Brewpublic frequent their Portland brewpub to discover newfangled one-offs and seasonal favorites upon nearly every visit. On a most recent visit, we assayed a new fresh hop beer (literally, just from the fields in the Willamette Valley) called the King Cone. A well-balanced mid-ranged ABV within a

copper-amber body. Grassy and piny hop textures worked brilliantly with Deschutes’ house yeast and a nibblin’ mildly chewy malt underpinning. Our first fresh hop taster of the season, the King Cone was alongside a fresh hopped Mirror Pond (greatest beer ever?) before the Mirror Pond keg kicked in the blink of an eye.

Look for the wintry favorite from Deschutes known as Jubelale at the end of the month. A bit early to release a winter seasonal beer depicting snow and ice on the labels? Perhaps. Too early to sip on this hearty malt driven treat?  Never. 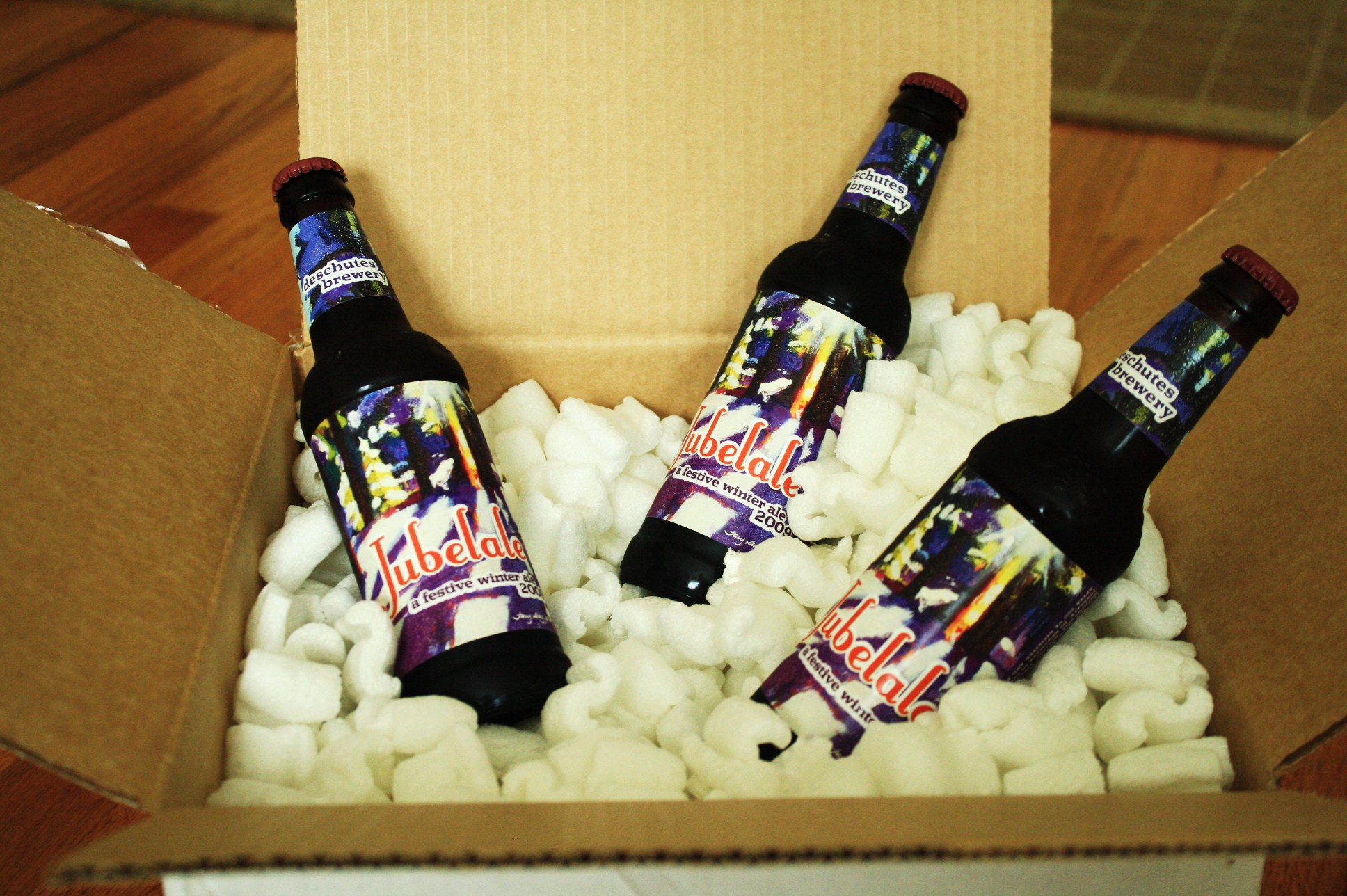 Brewer Abe Abraham points the attention to “a spiced nose, with hints of citrus, brown sugar and pine” as well as flavors of “chocolate molasses, dates, nutmeg, cinnamon and cloves…amongst a caramel malt backbone and seven varieties of hops.” There’s even talk of a proper pour giving this badboy “two fingers of firm, almond biscotti-colored head.” Wow, that sounds like something worthy of It’s Pub Night’s Beer Review Generator. My take: It’s like French-kissing god. Deep, dark, dank, delish. This is what winter here tastes like. I feel bad drinking this beer outside in a t-shirt, though I do not object to a nice dark hoppy beer anytime of year (Jubelale is 6.7% ABV, 60 IBU). Brewer Abraham adds “The ingredients in Jubelale combine in a way that lets the beer take on a life of its own. The flavor is more than the sum of its parts. Complexity and nuance are the things that painters and brewers alike strive for. The gods smile on us when we make Jubelale.” So is Deschutes a polytheist brewery? Not likely. Is what Abraham says sound like an artist and does his beer taste like a work of high art? Unquestionably.

Speaking of art, this year’s label of Jubelale was the work of Central Oregon artist Tracy Leagjeld. Leagjeld said “One of my favorite things about Central Oregon winters is how we often wake up to blue skies after a storm. In this painting, I was trying to convey the feeling of a crisp snowy morning being warmed by the sun’s rays, and how lucky we are to have the Deschutes National Forest as our backyard playground.” I’ll drink to that!