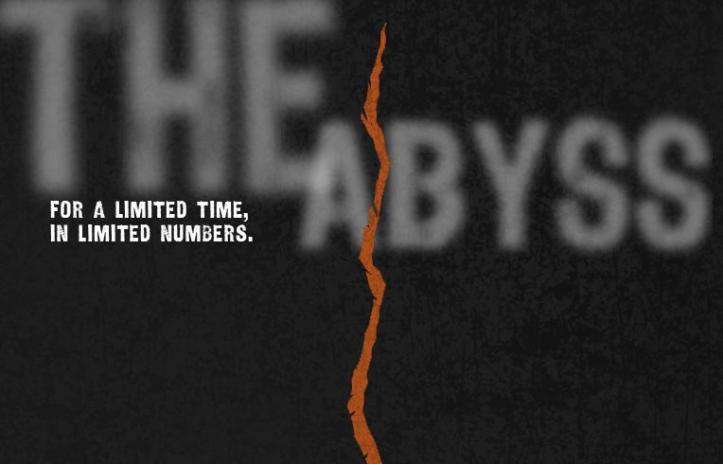 When the first waxed-dipped 22-ounce bottles of The Abyss Imperial Stout from Deschutes Brewery released in super limited quantities in the fall of 2006, nothing of the sort had been seen in the region. A big, viscous monster of a beer aged in barrels for a year before releasing to the public was an unprecedented treat to those in the know.

Back then in 2006, the first year of its release, I scored a few bottles of The Abyss for just $5.99 a bottle from the old Belmont Station bottle shop adjacent to the Horse Brass pub. In subsequent years, The Abyss has remained a thing of extreme craft that is worthy of even the most discerning palates. At 11% alcohol by volume, and 70 Bittering Units, this titanic pitchy brute has retained its status of utmost integrity and has remained recognized at sites like RateBeer and BeerAdvocate as among the most sought after and highly respected beer in the world. 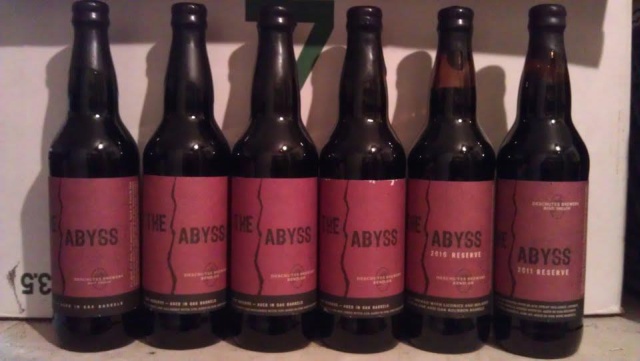 So how does the 2012 release of The Abyss hold up? Well, that remains to be tasted.

A deep, dark Imperial Stout, The Abyss has almost immeasurable depth and complexity. Hints of molasses, licorice and other alluring flavors make it something not just to quaff, but contemplate.

As for the great “drink it now or let it age” debate, we stand clearly on the fence. Distinct and delicious on release, the flavors meld and fuse into an entirely different pleasure a year on.

Release parties at our Bend Pub and Portland Pub on Thursday, November 15th, starting at 11 am when the doors open.