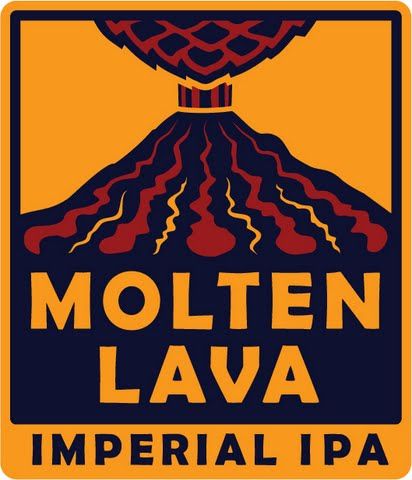 Fittingly, Double Mountain‘s new Imperial IPA named Molten Lava, will be released in Portland at Fire on the Mountain.

“We’re celebrating our recent facility expansion by brewing a couple batches of “MOLTEN LAVA” Imperial IPA, which has been on hiatus since ’08. Molten is the bigger, meaner older brother of Hop Lava, brewed with same ingredients (pilsner malt, crystal malt, Cascade and Centennial hops) — but lots more of them. Big and yet somehow balanced, in the Double Mountain style. Substantially dry-hopped for superior aroma. 8% ABV, 90+ BU.” says Devereux.

“Please join us for a Release Party at Fire On the Mountain, 1706 E. Burnside, Portland on Thursday, May 13 from 5-9pm. We will be there to enjoy pints with friends and raffle off some DM gear, including limited-edition Molten Lava t-shirts. Music by “Equaleyes” starts at 7pm.”

MOLTEN LAVA will also be our featured beer at the Sasquatch Brewfest in Eugene on May 15, and will be front-and-center at several Washington beer events on our schedule, including: