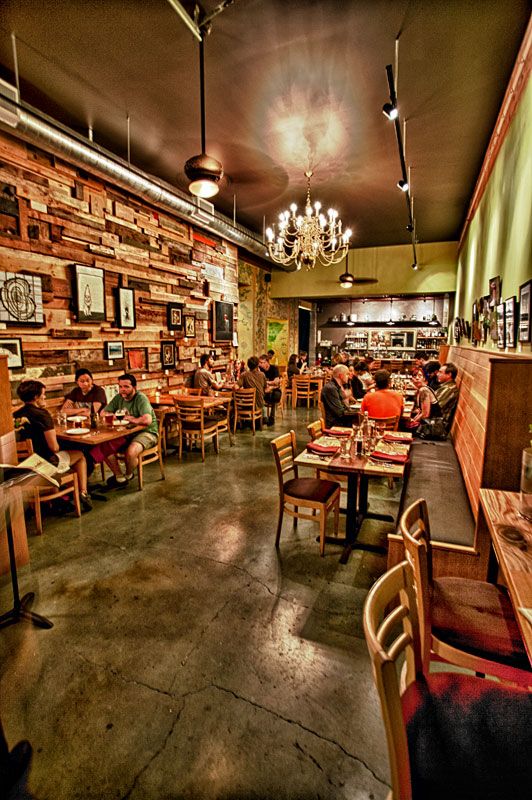 Choosing to live a vegan lifestyle, one that involves steering clear of meat, dairy, and other animal bi-products,  can be challenging at times, especially when it comes to beer dinners. So many of these multi-course meals are usually centered around large portions of meat and often lavished with dairy products. However, Ninkasi Brewing has made a monumental move by catering to vegans. In 2009 they hosted a vegetarian beer dinner at Saraveza that was well received. But now, to the delight of vegan beer lovers of Beervana, a city with a considerable proliferation of vegans, good beer is being paired in a healthy and cruelty-free environment. Portobello Vegan Trattoria, one of the city’s finest all-vegan restaurants, behind chef Aaron Adams, and has joined forces with Ninkasi’s founder/brewer Jamie Floyd in a five-course vegan dinner matched with the Eugene breweries popular craft beers.

I spoke with Ninkasi’s Portland brand manager Morgan Miller regarding this dinner and the brewery’s choice to cater to a vegans.

Can you tell us more about how this vegan beer dinner came about? Are there any vegans at Ninkasi? 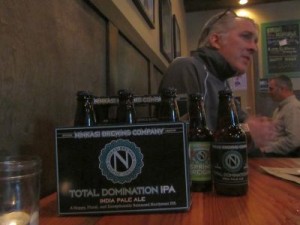 Morgan Miller: I set this up because I am a vegetarian and usually eat vegan. I also know that there is a huge community of folks like you and me (estimated 20% of Eastside Portland) – beer geeks who can’t eat at the places we love to drink. Especially the Eastside where beer geekdom resides. This dinner is done to show that at least Ninkasi respects vegans and vegetarians.

Does Ninkasi as a company value vegan living?

This was done with full support of Jamie (Floyd). Ninkasi recognizes there are many of our customers who are vegetarians and vegans. Jamie was a vegetarian for many years and Nikos (Ridge) is a vegetarian. They always felt it is important to respect vegetarians so made choices like using a centrifuge instead of finings, etc.

Here’s a look at the menu pairings for this mouthwatering event: 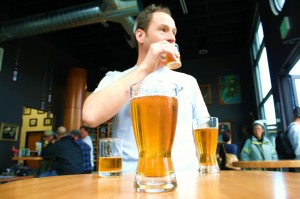 $49 per person, gratuity not included
Menu is subject to change.
The darn weather and whims of the farmer.
dictate what is available to us at times, but the menu will look a lot like this, if not exactly.
Thanks!

The dinner will be held Thursday March 10th at 7PM at Portobello, 1125 SE Division (next to The BeerMongers) $49 not including gratuity. Reservations needed call 503-754-5993

Portobello Vegan Trattoria, opened by Aaron Adams and Dinae Horne in January 2009, is a celebration of the best of Northwest food, wine and beer, inspired by the great cuisines of Italy, Spain, and France. Whether you consider yourself vegan or not, we believe you will find Portobello’s food offerings to be simply amazing.