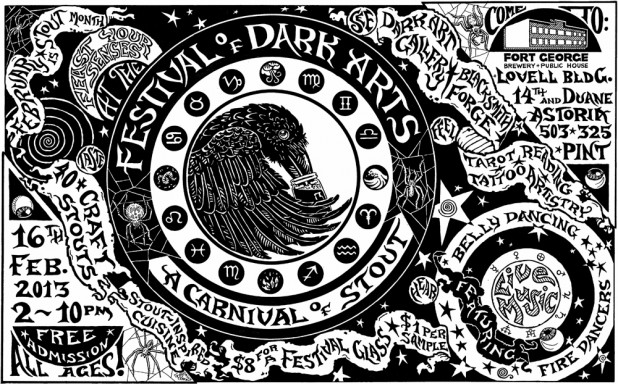 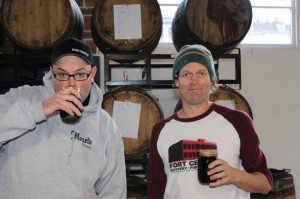 For the first time EVER, Fort George will alter its Public House vibe for a full-on Carnival of Stout.  The booths and tables will be removed, and the stage will be set.  Gallivant throughout the brewery block while sipping on exclusive stouts, and navigate through the maze of entertainment.  The Stout Stage in the Public House will hold the likes of Portland’s Blue Skies for Black Hearts, and the Builders and the Butchers.
This will mark the release of Barrel Aged Cavatica Stout in Limited Edition 4-Packs, to be acquired in-house only.  The unique packaging will serve as the transportation for these covert cans and suggests the theme: Dark.  Each year, a different vintage will be released for the festival.  The 2013 version has been aged in Heaven Hills Rye Whiskey Barrels and comes with a bizarre story to boot!  These beers are designed to age phenomenally. 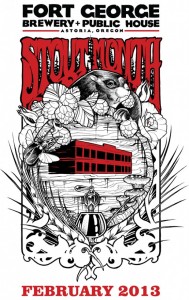