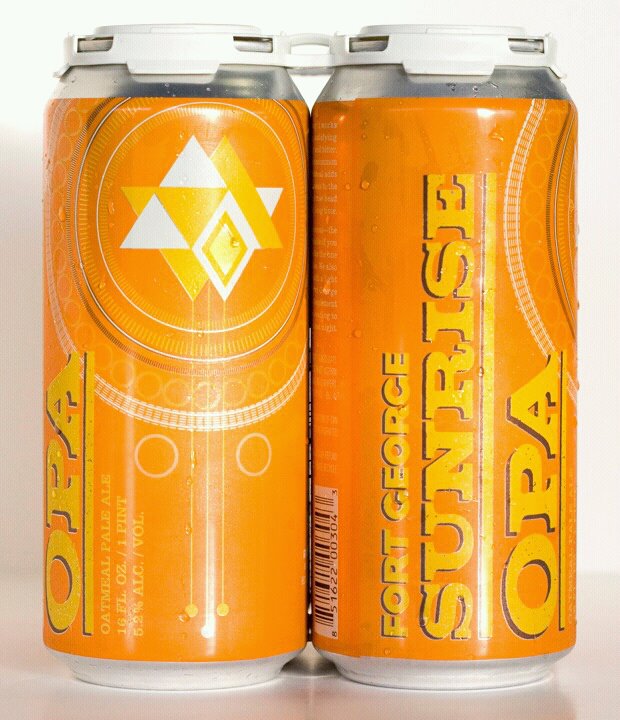 Over the summer, a few great beers graced the tap on my kegerator. One of these that was particularly quenching was Fort George’s Sunrise Oatmeal Pale Ale. Now with the ongoing expansion efforts of the Astoria, Oregon brewhouse, this wonderfully floral brew is soon to become available throughout the Pacific Northwest in 16-ounce cans, joining the popular 1811 Pre-Prohibition-style Lager, Vortex IPA, and Cavatica Stout.

Good beer for drinking anytime of the day, even when the sun is rising, due to its dry nature with Mild bitterness and lovely hop aroma.

This beer is based on the first beer ever produced at the Fort George Brewery, Beer#1: We decided to add 50lbs of Oatmeal to make it even better.

Famous quote: “I’ll have just one more OPA, please.” This beer has become a staff staple.