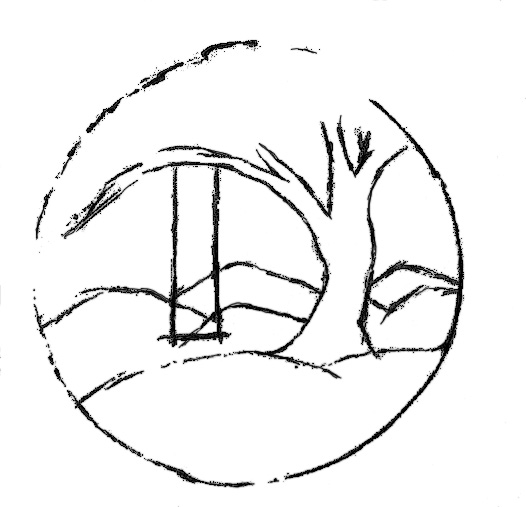 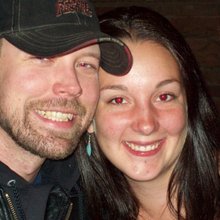 As usual, more and more craft breweries continue to pop up their heads around the Northwest. In Southern Oregon, three new breweries look to arise with new brew spots in the next year.

One such brewery is Swing Tree Brewing which looks to open in March 2013. Husband and wife partners Brandon and Tonya Overstreet are the force behind the operation.

The centerpiece of the Swing Tree experience is its hand crafted, artisan ales and lagers. The company looks to offer four anchor brands: Porch Swing™ Extra Pale Ale, Two Shilling™ Brown Ale, Lonely Trike™ Red Ale and our Obligatory™ IPA, and according to their website “We will also offer 4 rotating seasonals, which will be comprised of a Wheat Beer, a Dark Ale, a Beer of the Month and an IPA. All of these beers will be served at our tavern and at select local establishments.” Here’s more from the brewery:

Aside from the eight faucets of our truly unique beers, Swing Tree will also offer two traditionally prepared cask ales, which will be available exclusively at the brewery. These beers will be served directly from traditional firkins located for all to see.

Swing Tree also plans to offer spontaneously fermented beers as our Tradition Series™. These unconventional beers will be fermented using the wild yeast from the area and will take on a distinct taste touting all the flavors of the Rogue Valley. Due to the nature of the extended fermentation and blending processes, these beers will not be immediately available.

Although Swing Tree is first and foremost a craft brewery, we will also offer a modest, seasonal menu created around our house made sourdough. We will use premium ingredients to create a casual yet inviting fare to compliment our beers.

Where in Ashland are you located?

Brandon Overstreet: We will be in Ashland. That’s about the best I can say at this point. We were in negotiations on a place and it seems to have fallen through. Not to worry though, we have a few more in our sights. I met with my broker today and we will be checking out a few more places this week.

What is the vision for the brewery?; What is your background in craft brewing?

BO: My wife, Tanya, and I are from Ashland and had moved away for some time to Colorado for college in Boulder. We didn’t know a lot about the area and I was really bummed to leave the “West Coast of Beer Love”. Much to my surprise, those folks out there had quite the beer scene as well. It was in Colorado that Tanya bought me a homebrew kit for my birthday, and as so many before me, the rest is just cliche. Long story short, we met an amazing group of folks there. I started brewing in Golden at “The Second Largest Brewery in Golden Colorado”, Golden City. I then landed a paid gig at Twisted Pine in Boulder for a short time, and finally at Rock Bottom Westminster for three or so years. We did love Colorado, but could not wait any longer to come back home, hops just smell better on the west coast for some reason. Our plan is to be our hometown’s brewery, not a big production shop. We’d like Swing Tree to be a place to come hang out and have a pint or three with your buddies. Swing Tree is a “legacy” brewery for us. I’d like to pass it on to my boys, and they to their children.

BO: We do plan to distribute a few of our anchor bands very close to home. The Porch Swing, a real easy drinking, crisp and floral pale ale, will be our ambassador brand. The point of our limited distribution is to get our our name out there a bit and give our local pubs another Rogue Valley flavor to be proud of. If demand forces distribution expansion, we may push slowly North, but there are no real plans for growth in that respect.

Tell us more about your brewery’s vision and beer styles. Will you be a brewpub or a production brewery?

BO: We are installing a koelship and plan to package a 100% spontaneously fermented and blended beer in about four years from opening. As of now we only plan to sell the bottles from the brewery and at a small number of bottle shops here in the valley, but that is a way down the road.

We are opening with a 10-barrel brewhouse and 10 faucets of frothy goodness. We’ll have 4 year round brands. The Porch Swing, as mentioned above, is an extremely quaffable north west pale ale. The Lonely Trike is a staunch and hoppy red that is balanced with a nice caramel sweetness up front, then finishes nice and crisp. The Two Shilling Ale is a rich and chocolaty English brown that has a deceivingly robust nose with a smooth, delicate mouthfeel. The fourth anchor is our Obligatory IPA. This is a monster North West IPA with enough hop madness to melt your face off. Luckily, we back it up with a hefty malt backbone that makes this enormous beer surprisingly easy to drink. The remainder of our faucets will be rotating and seasonal offerings. We’ll have a seasonal dark beer, a seasonal wheat, a rotating IPA tap, and a month to month, whatever I can possibly think of, handle. We’re also going to bring to the valley a few English style cask hand-pumps. “Real Ale” is a dirty little love of mine and we seem to be lacking them in the Rogue Valley. Hopefully we’ll start a trend.

We’re going to try our best to get up north for the Oregon Brewers Festival and I hope to meet you there.

Swing Tree was unable to reach their $20,000 goal on a recent Kickstarter campaign, but has not lost their drive to accomplish their mission . A recent post on their website stated:

We have a back up plan and we are wasting no time in implementing it. Our passion is just too deep, and our beer too good, for us to give up now. We still plan on opening next March, and we hope to see you then. We will also be throwing an end of the summer Swing Tree party to get together with our friends, meet new ones, connect with our community, and have some fun. Best of all, we will have a flight of Swing Tree pilot batches for you to try! Keep an eye out for more information on this event and to stay up to date on our progress.

Best of luck to Swing Tree, we look forward to tasting their beers soon.

Apocalypse Brewing Company Soon to Open in Medford, OR 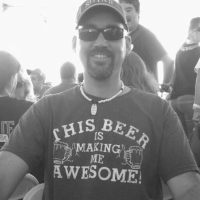 Another brewery anticipating opening soon in Southern Oregon is Apocalypse Brewing Co., located at 545 Rossanley Dr., Medford, OR. Here’s a look at some of the hop-centric beers that Apocalypse founder Nick Ellis says he looks to put forth in the coming months.

Our take on a quality lawnmower beer, The Tunguska Event is a bright, clear, light and refreshing cream ale. Despite what the name might suggest, there’s no cream in a cream ale! Just high quality malt, fresh hops, and clean yeast. If you prefer a crisp, clean, refreshing beer – this is the brew for you.

An amber jewel, this American Amber Ale has amazing malt depth and complexity while retaining a respectable hop profile. Brewed with a touch of chocolate malt to enhance the sweet malt backbone, this is an easy drink for sure.

What we call a Pacific Northwest Ale (PNWA), this beer, reminiscent of an American IPA, is designed BIG. With a strong malt profile and massive hop presence, this beer is an explosion of flavor! Presenting huge flavor and aroma, this is a truly powerful yet rounded and complex beer. If big IPA’s are you thing, toss back a pint of The Pale Horse and let us know what you think!

Black as the devastated sky of the coming apocalypse, this American Stout style brew is deep and complex. Dry yet robust with respectable but not inappropriate hop presence. Brewed using a unique cold-steep process that provides a rich roasted malt flavor without the tannin found in most stouts on the market, this is an easy drinking stout. If you’re up for the journey through the darkness… this is your brew.

We’ll always have two additional brews on tap, showcasing both our own special recipes as well as our favorites from our colleagues here in the Pacific Northwest. Continual experimentation with flavors and process is how brewers learn and sharpen their skills. While every brew made in this regard might not be the best ever, they’re all learning experiences and springboards for new recipes and different techniques. Some of our past experimentals have been: Hopocalypse Imperial IPA, Raptureberry Wheat, Long Black Train Imperial Stout, and Jank – our Pale Ale (usually) made with whatever’s left over in the ingredients bin!!

Draper Brewing of Ten Mile, OR plans to open a draft house in downtown Roseburg soon. According to founder Sam Draper Eslinger looks to provide his craft beers as well as other local Oregon offerings, European imports, and local wines.  Eslinger says the forthcoming pub looks to feature 12 or 13 draft handles, about a handful of which will be his own.  “I’m hoping to have two beer 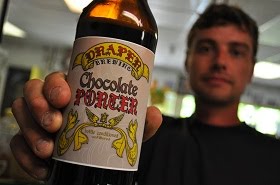 engines” say Eslinger, who is seeking the space at 640 Jackson Street in Roseburg’s historically registered building, erected in 1908. “It is a 3500 square foot area,” he says, adding, “The city is trying to have me occupy less (space). We will  have shuffleboard and pinball machines to fill up the congregation area. There’s an upstairs they’re not letting me use. There’s a full kitchen. We’ll see what works food-wise.”  All of Eslinger’s efforts are pushing to get his new pub readied. “I live at the brewery,” he says.  “I submitted a floor plan (to the cpunty) last week. It could get ugly. The county has been kind of hairy. The city is behind me, but as far as the green light is concerned, it’s really up to the county. I go to the county building every morning.” As for the brew scene in Roseburg, there is not much currently besides a McMenamins. Folks may remember Hawks Brewing which shut its doors in 2006, never to reopen. “There’s a  pretty big homebrew club here” Eslinger says. “Columbia distribution features same 8-9 beers on tap all over town. Draper’s draft house anticipates opening on July 1, 2012.