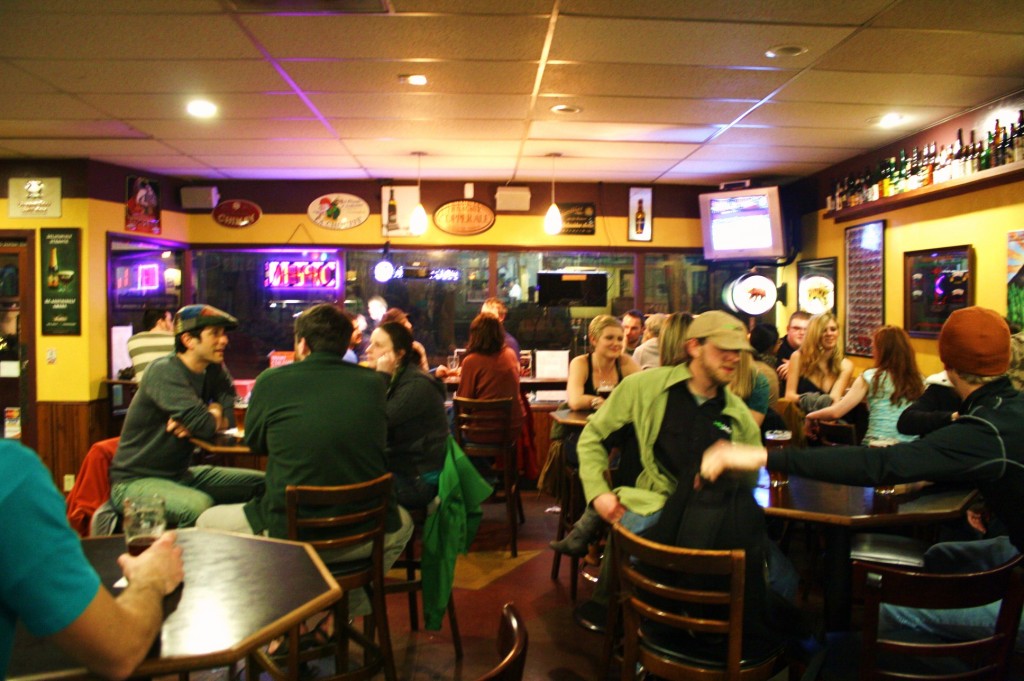 “This is the hour of the Shire-folk, when they arise from their quiet fields, to shake the towers and counsels of the Great.” -Elrond, from Lord of the Rings.

This past weekend Brewpublic made the journey south to Oregon’s second largest city, Eugene. In this “Emerald City” which is home to Oregon’s largest University and the birthplace of Nike, a thriving craft beer community is home to well known hot spots like Ninkasi Brewing, Rogue Track Town Brewery, McMenamin’s High Street Brewpub, and  Oakshire Brewing. 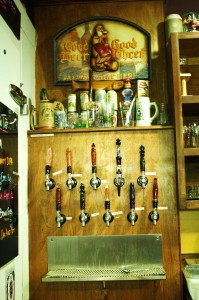 Upon arriving late on Friday, we met up with Oakshire founder Jeff Althouse and brewmaster Matt Van Wyk at Eugene’s best craft beer locale known as The Bier Stein. Here, several desirable bottles of craft brew from around the world can be found as well as great wines, ciders, a sakes. They’ve also got a great selection of beers on tap. Upon Jeff’s recommendation, my first choice was a glass of Alpha Centuri Imperial IPA from Hop Valley in neighboring Springfield. Hop Valley was founded by Trevor Howard, former head brewer at Rogue’s Eugene City Track Town brewery. Howard’s palate is geared toward big citrus-hop beers and the Alpha Centuri was no exception. The beer board behind the counter simply read “Off the charts hops” to describe the Centuri. Hop Valley’s lead brewer these days is Todd Friedman, the former brewer for Oakshire. Friedman is the architect behind the Centuri, a beer with a phenomenally vibrant grapefruit and tangerine-pine nose. Exploding with searing yet well balanced lupulin flavor and a bolstering grain underbelly. We’re happy to say that Jeff’s recommendation was a great one, and the first beer we enjoyed on this visit to Eugene was one of the best. 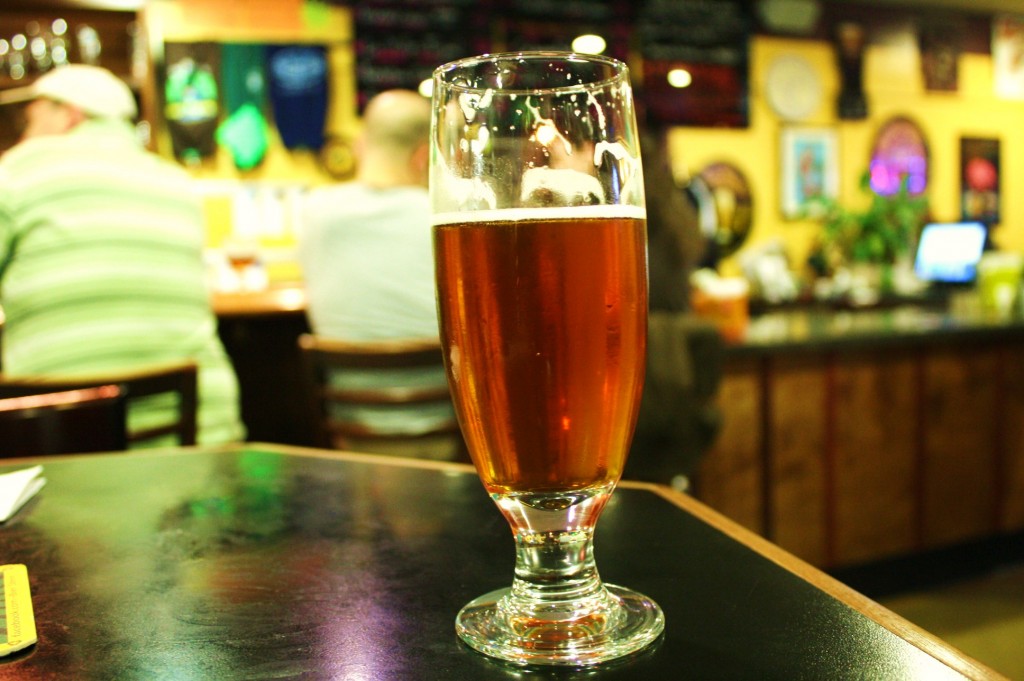 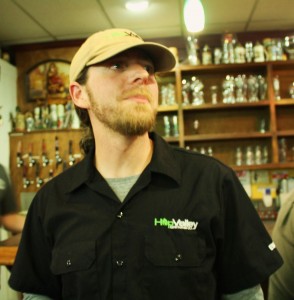 Other beers pouring at The Bier Stein included Sierra Nevada ’10 Big Foot, Hopworks Lager, Ninkasi Total Domination, Terminal Gravity Double IPA, Silver Moon Brown Eyes Ale with dark molasses added, a Belgian La Rulles Tripel, Hale’s Cream Stout on draught, and Calapooia Fresh Hop Rye. It is always interesting to try a purposeful adjunct brew such as this rye ale. The rye gave off a unique sweet nuttiness that balanced the hops nicely. Surprised we were to find a fresh hop beer in the midst of winter. We very much enjoyed said quaff, but on the whole,  it was scrimped in comparatively appearance, aroma, and flavor to the Alpha Centuri. 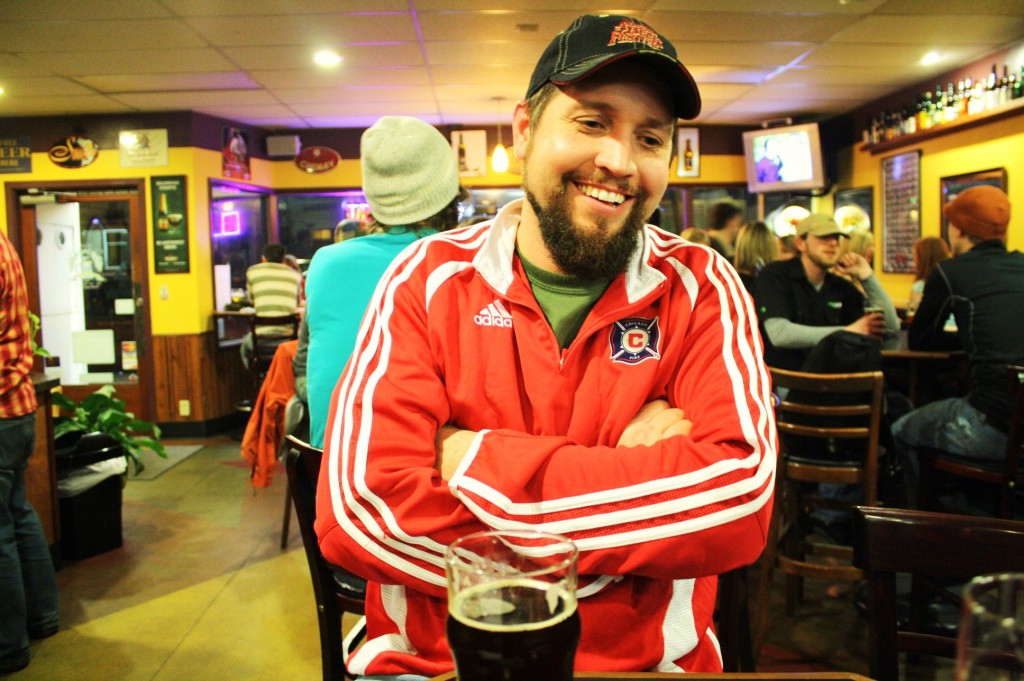 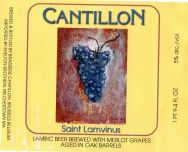 From here, we decided a bit of wild yeast sour action was in order and the Oakshire sires concurred. When you are in the presence of beer geeks, especially those who run a phenomenal brewery, one mustn’t be fastidious or conservative with the good stuff. Thankfully, The Stein had a chilled bottle of Cantillon Saint Lamvinus, an extraordinarily magnificent Lambic brewed with Merlot grapes and aged in oak barrels. Could this be the best beer ever? It would be hard to argue against this. Matt’s story of his last adventure to the brewery in Brussels, Belgium inspired us to take 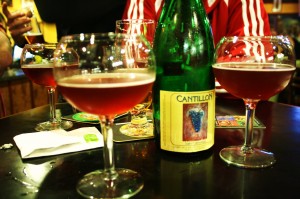 Brewpublic across the pond in the near future (except the part about the sweaty shirtless man stirring the grains, but we won’t get into that here…). After this wonderful sour ale, Matt opened a bottle Cantillon Bruocsella 1900 Grand Cru. An organic Lambic aged for three years in oak, the Grand Cru was less assertive with the puckerdom than the its predecessor. The Broucsella claims to be “the only unblended real Lambic you can find anywhere.” Dark yellow bodied with no head, this horse blanket brew with Brett was quite dry and subdued in comparison the the Lamvinus. Perfect for pairing with sharp cheeses or salty olives, it was awesome to have these two Cantillons back to back in one setting. Killer! 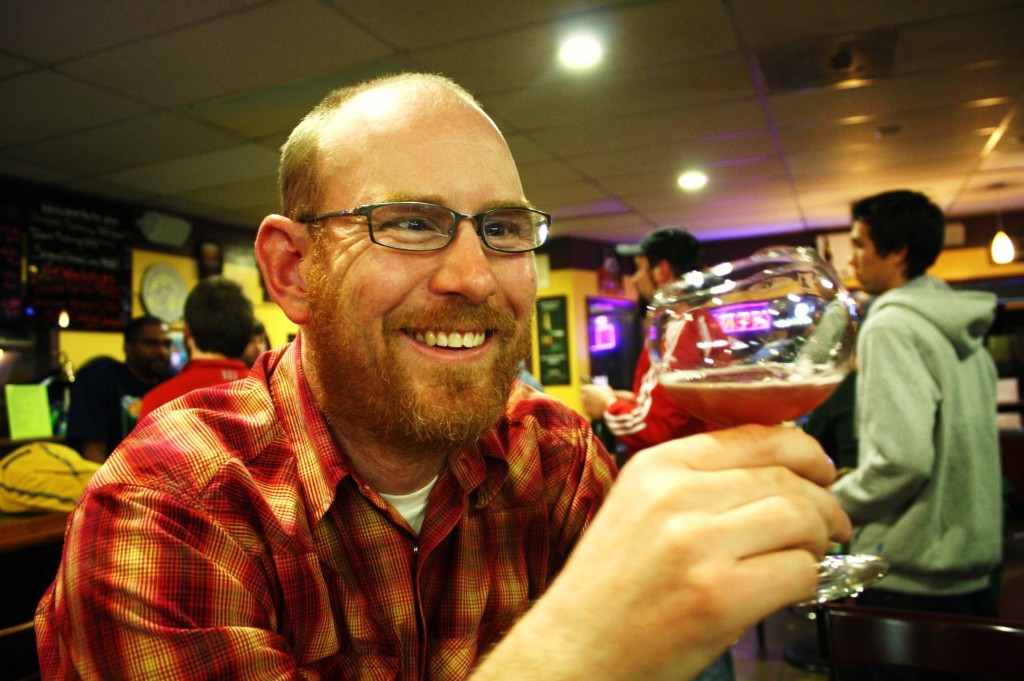 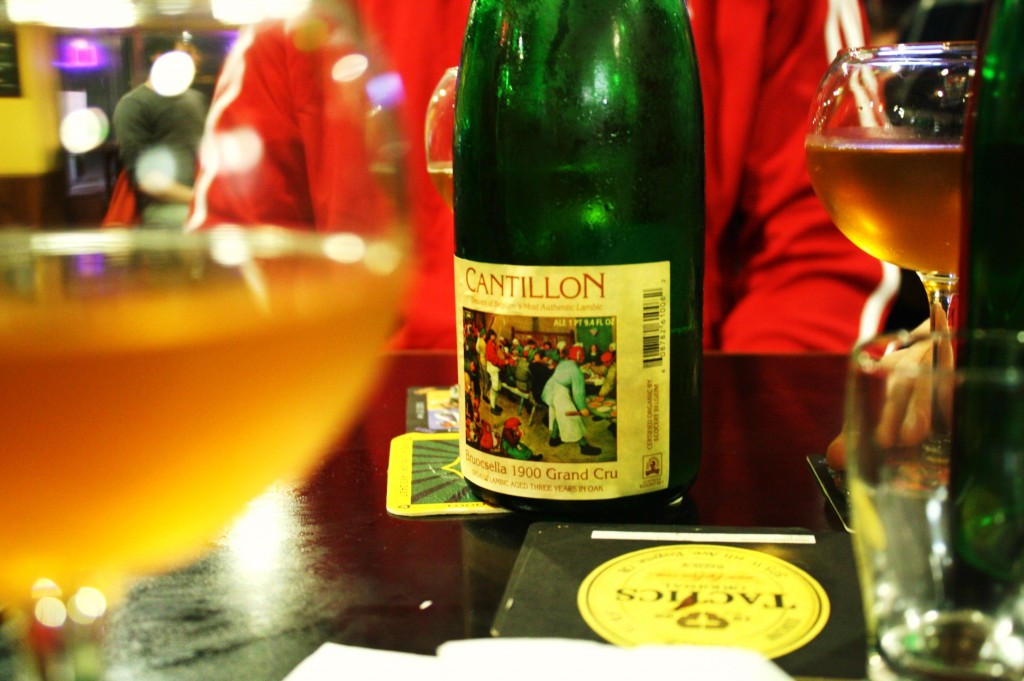 Last call was announced so we left the Bier Stein. Convinced we needed on more brew before calling it a night, we traipsed across Eugene’s quaint downtown to an industry pub favorite known as the Jackelope. Named for the mythical 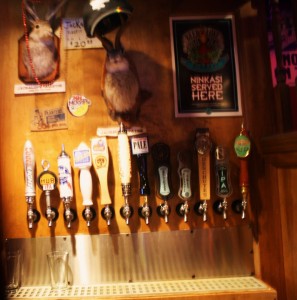 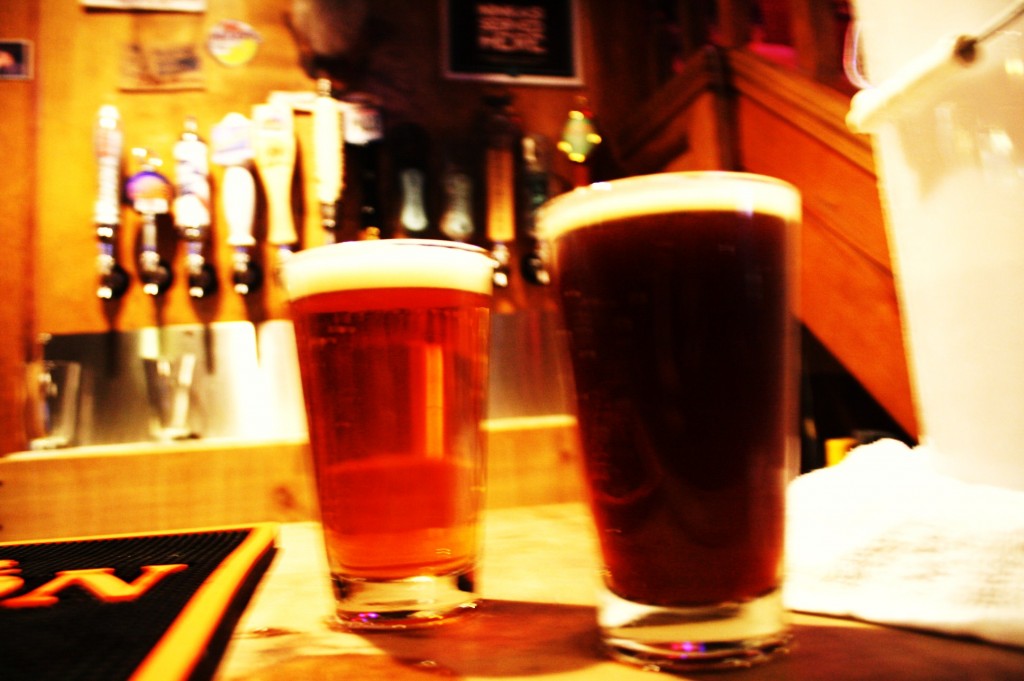 Despite the cheat pours, all was good when we ran into Jamie Floyd and Nikos Ridge of Ninkasi Brewing in Jackelope’s upstairs area. It was a great way to close out our night in Eugene, and we were geared up for the next day when we’d visit both Oakshire and Ninkasi for a tour of their breweries. Prost! 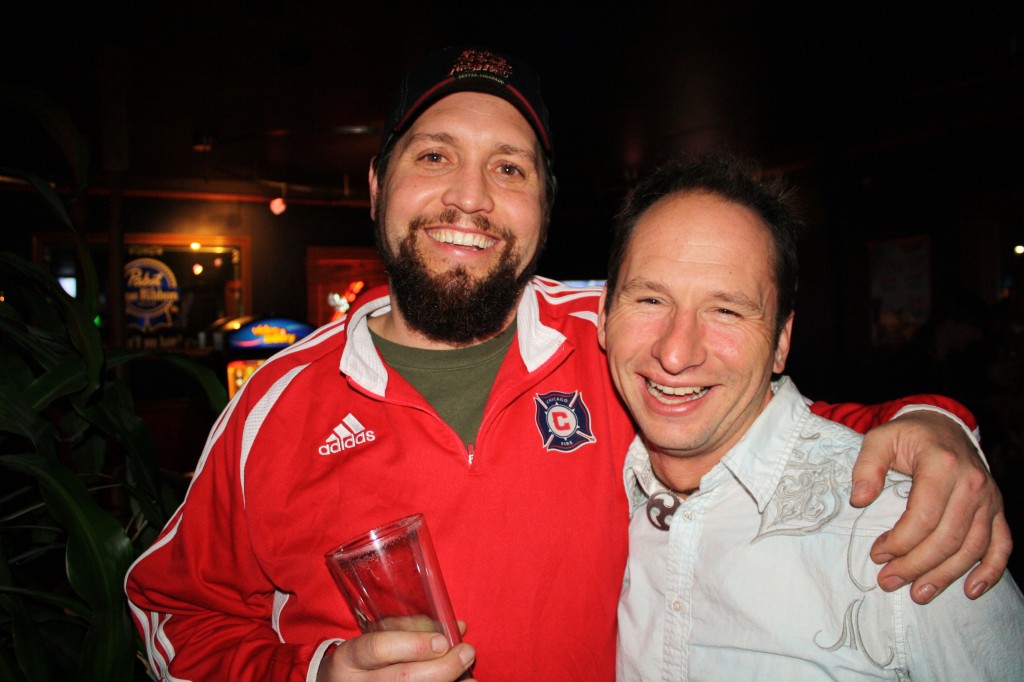 Thanks to Travel Lane County and Stacey Malstrom for arranging this trip and our stay in Springfield, Oregon.