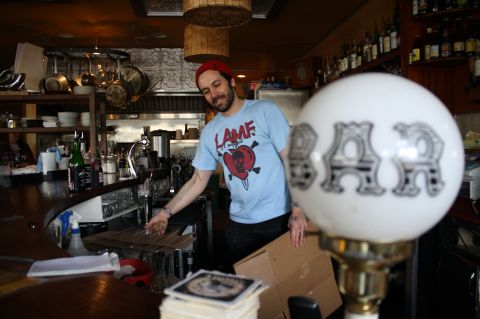 Not that there really is ever any shortage of beer-related things to do in Beervana, Oregon, but we’ve pulled some top picks from our events calendar to share with you. We’re certain that no matter which of these you choose to attend, you won’t be disappointed. Here’s what’s doing in craft brewing for Friday January 14, 2011: 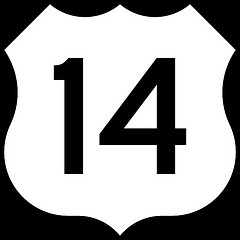 Dustin Gettmann, head chef, and Sugar Pimp, Saraveza’s baker are preparing matching FREE appetizers for each anniversary beer! Sarah says “We’ll be making noise that will be heard all the way down to our southern neighbors (we’re going to make sure of it with the help of DJ Mister T)! So come on out, join the the Birthday Party as well as the organizations that make it possible for us Oregonians to imbibe on innovative brews from across the border!”

On draft in the backroom:

Lompoc brewer Zach Beckwith says “Coming up on Friday January 14th we’re having a release party for Black Dawn II Coffee Stout and Illegally Blonde at the Sidebar and as with all our Sidebar releases we’ll have some other special beers pouring as well. With our barrel aging program finally starting to reach maturity check out Sidebar in the coming weeks for some brand new barrel-aged beers.”  These include:

On the brewery side Lompoc is in the midst of adding a grain silo and planning on installing a brand new 15-bbl brewhouse at the Fifth Quadrant sometime in February to help keep up with demand here in Portland as well as to feed new accounts in the Seattle area.

After the hugely successful ‘Meet the Distributor’ night in November, one of Portland’s best new beer spots, Bottles,  is doing it again this month. The well-known Maletis Beverage Company will be hosting on January 14th. Bottles co-founder Brant Kunze says “Their collection contains many fantastic craft brews. They will have something for everyone, from one of our local favorites, Lompoc Brewing, to the fantastic Southern Tier Brewing out of New York. And we cannot forget about Ninkasi which is probably the fastest up and coming brewery of this past year.”

So what can we expect from Maletis? Well they will be taking over our taps with specialty beers and one-offs that will be hard to find anywhere else.

They will also be hosting a raffle for some cool beer schwag. Tickets will be handed out with every tap beer purchased. So be sure to stop by to meet our personal Maletis representative, Chris Spinelli, drink some of their great beers, and win some schwag! 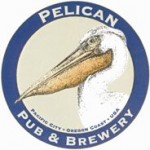 If you happen to find yourself on the majestic Oregon Coast near Pacific City, swing on by Pelican Pub and Brewery to soak in the views of Cape Kiwanda and Haystack Rock with the latest member of Pelican’s brew lineup. Angler’s Amber promises to be flavorful, satisfying and refreshing. The new brew which will be available on draft and in bottles at the Pelican as well as bottled at select locations in the Portland area,according to Brewmaster Darron Welch, features a “toasted malt profile, a floral yet spicy Sterling hop character and a clean, snappy finish.” The brew is fermented cool with prolonged cold storage in the lager brewing tradition. 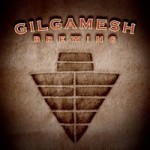 Folks in the Salem area are set to celebrate the first successful year of Gilgamesh Brewing of nearby Turner, Oregon. Lani Radtke of the brewery says “On January 8th of 2010, we basically unveiled our brews to the public for the first time at the Oregon Wine, Food & Brew Festival and it has been one heck of a ride ever since! We’d love for you to come celebrate with us on Friday, January 14th at Church St Pizza (324 Church Street) in downtown Salem with some tasty pizza & beer deals!” In case you didn’t know it, Gilgamesh’s BlackMamba Ale won the people’s hearts and first place at the Spring Beer and Wine Fest last year, too, so check ’em out. 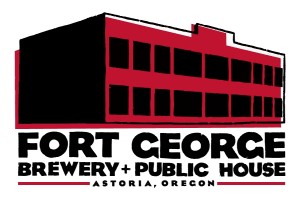 The folks at Astoria, Oregon’s Fort George Brewery and Public House will sleep when they’re dead…or so it seems. With a massive expansion underway that includes beefing up from a 8.5 bbl system to a 30 bbl and bomber cans on the way, Fort George still finds time to host some spectacular craft beer events. Today the brewpub is tapping five hoppy treasures including three made in house and two guest taps. These include:

Also, today at 5PM, Baked Alaska Restaurant in Astoria is hosting the release of Fort George’s 1811 Pre-Prohibition Lager to celebrate the 200th anniversary of the city. If you miss out on this one, you can try it on Saturday at the brewpub. Happy quaffing!

Enjoy your weekend and be safe out there! Cheers!

If you have an Oregon beer event you’d like added to our calendar, email it to angelo[at]brewpublic[dot]com.