Celebrating the second year of his brewery, Pete Ricks of Oregon’s eastern-most brewery, Beer Valley will be on hand at Belmont Station this Wednesday, March 25, 2009 from 6-8PM. I talked to Ricks over the weekend and asked him about the brief history of Beer Valley out in what would otherwise seem like a no-man’s land for beer.  “It’s been good.” he told me. “We doubled our production since last year and expanded distribution into Western Oregon.” 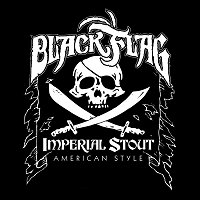 Ricks, a self-proclaimed extreme brewer, hails a monstrously hoppilicious 11% ABV imperial stout, the Black Flag, as Beer Valley’s flagship brew. At Wednesday’s event in Portland, Ricks will unveil a year old Black Flag on draught as well as some special bottles of the brew fresh-hopped and fresh-hopped Leafer Madness, a pale ale injected with copious amounts of floral hops.

I asked Ricks what running a brewery out in Oregon’s eastern high desert, a stone’s throw from the Idaho border has been like. “Everyone in the area has been very supportive.  Other brewers like Barley Brown’s (of Baker City, Oregon) have been making great beer, too.”  Beer Valley has also been getting recognition elsewhere. “Our beer in eight states with about 15 distributors” says Ricks. “We were very well received recently at the Philadelphia Beer Fest.” 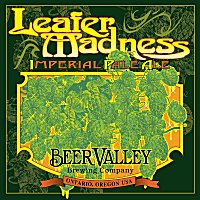 So what does the future behold for Beer Valley? Says Ricks: “We are doing OBF (Oregon Brewers Festival) in July with a special super dry-hopped Leafer Madness.  We are also planning to do more in Oregon, Washington, and California.  We are already in California, Yakima, and Tri-Cities, and hope to push more into the Seattle area soon and are working on filling out areas in Eastern Oregon like Bend.”  If you are unable to make it to the event on Belmont Station, a five hour drive to Baker City will allow you growler fills at the production brewery.

For an indepth interview with Pete Ricks from last April, click here.