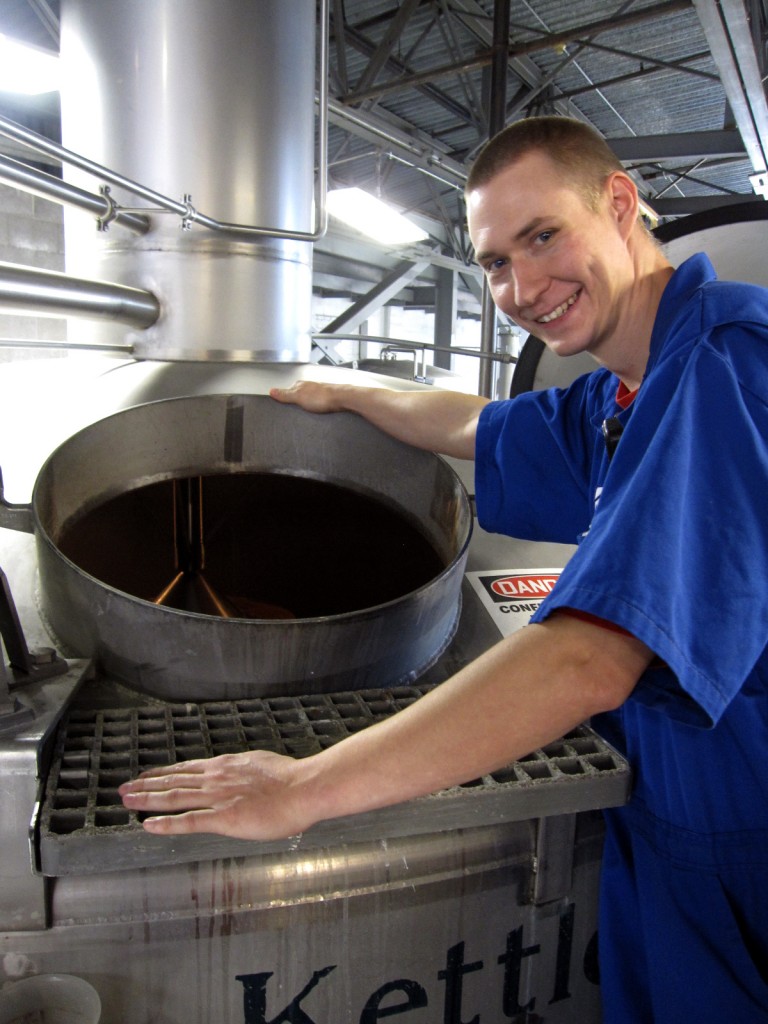 Is there really any better beer for summer than a crisp and mildly tart Berliner Weiss? Methinks not. Sessionable and quenching unlike any other style of beer. Full Sail Brewer Chris Haveman began honing in this beer known as “Chris’s Summer Delight” with Full Sail back in 2009 and now it returns again to the delight of those of us with an affinity for light refreshing German sour beers. Even better, is that Full Sail is now bottling up their Brewer’s Share series. Gotta have it! 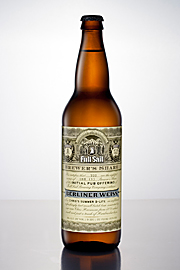 Full Sail Brewing is proud to announce the release of a new beer in their Brewer’s Share Series – Chris’s Summer Delight, developed by Brewer Chris Haveman.  In 2008 Full Sail Brewing created their small batch Brewer’s Share series as an opportunity for each of their individual brewers to express their creations to be shared on tap exclusively in their pub. Since their crew came up with so many great beers, they decided to share a selection of them with beer lovers everywhere. The beer will be released in 22oz. bottles and on draft in June.

When asked what the inspiration was for his beer Chris said simply “I love summer. When I found out that my beer was going to be brewed at the beginning of summer, I immediately thought of the perfect style, a Berliner Weiss. This is an easy drinking, unfiltered beer made with 50% wheat malt, a tiny amount of hersbruker hops and a touch of lactic acid to give it a refreshing tartness.” After careful and numerous tastings Chris’s beer was pronounced delicious. The beer is dry and crisp with a slight tartness and flashes of lemon. On a hot summer day this is the ultimate outdoor beer.  It is traditionally enjoyed in Berlin beer gardens with splash of sweet red berry syrup or a green herbal syrup that work well against the tart and acid flavors of the beer.  Try Chris’s beer at Full Sail’s Tasting Room & Pub with some of the syrups made from local fruits by our kitchen staff.  ABV 4%. IBU 9.

The inspiration for the name “Brewer’s Share” came from that mysterious portion that vanishes from a barrel during aging that brewers refer to as the “angel’s share,” and that led to “Brewer’s Share,” an equally mysterious offering that appears during inspiration. Brewer’s Share can also mean a unit of ownership, as in stock. Consider this program to be an Initial Pub Offering (IPO). Whenever you purchase a Brewer’s Share you get a unit of ownership – one share of the batch. As a shareholder you have the right to consume the beverage. In doing so you will also be investing in the public good – as each brewer not only chooses the recipe, they choose a local charity or organization that will benefit from each bottle sold – Which can bring an excellent return on ingestion (ROI).

With each Brewer’s Share series beer, Full Sail picks a local charity or organization to receive a portion of the proceeds from the sale of the beer. Chris has chosen to support the Oregon State University Brewing Sciences Program, from which Chris is an alumnus. The program is one of the few in the nation that studies all aspects of producing beer, wine, and fermented foods.

Full Sail’s Brewer’s Share small batch offerings will be available in 22oz. bottles and on draft.  The other beers in the 2012 line-up include Extra Special Barney (ESB), Phil’s Existential Alt and Big Daddy J’s Malt Liquor. Full Sail will release one Brewer’s Share at a time and a new beer will be released for each season.

The independent and employee-owned Full Sail Brewery is perched on a bluff in Hood River, Oregon, overlooking the most epic wind and kite surfing spot in the world. At this very moment our specialists in the liquid refreshment arts are crafting barley and hops into your next beer. Among the company’s most popular brews are Full Sail Amber, IPA, Pale, LTD, Wassail, Session Premium, Session Black, and Session Fest lager. Founded in 1987, the Full Sail crew has been fermenting godlike nectar for 25 years.  Committed to brewing great beer and sustainable practices their award winning brews are now available in 29 states. The Full Sail Tasting Room and Pub is open seven days a week. Swing by for a pint, grab a bite, tour the brewery, or just soak up the view.  http://www.fullsailbrewing.com

Read about the original release of Chris’s Summer D-Light here.