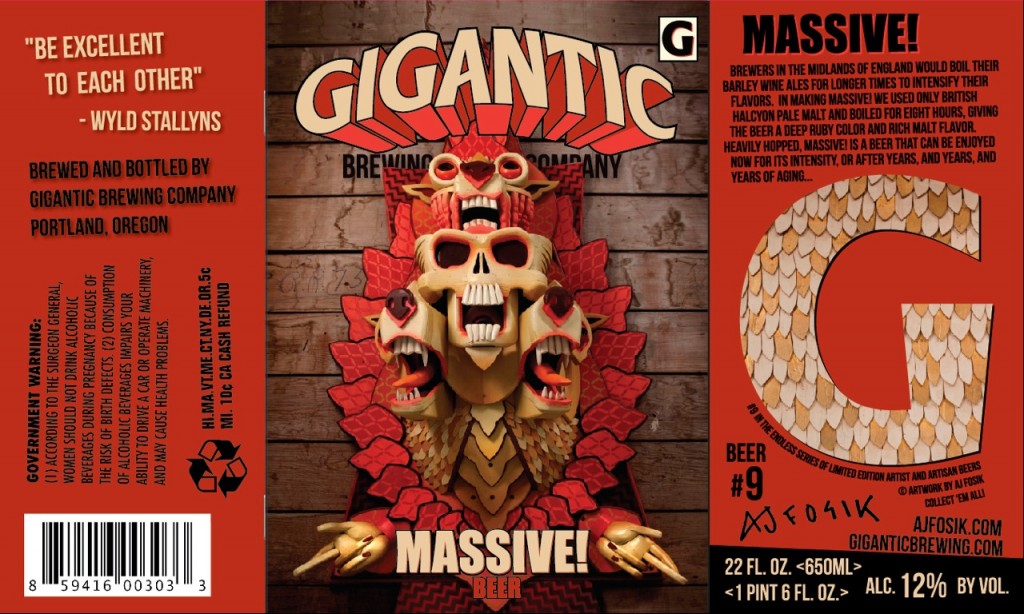 The popular Portland brewers at Gigantic Brewing have announced that they are throwing their very own beer week. Huh? Yes, you heard that correct. From May 5-12, 2013, Ben Love, Van Havig and company will be partying and pouring their fine brews at some of the city’s best craft beer establishments.  There will also be some super limited releases including barrel-aged treats and rarities from breweries such as 3 Floyds, Piece Brewing, and Haymarket. It’s gonna be huge! Here’s the full details from Gigantic:

That’s right… Gigantic Beer Week. Beer Weeks for cities and states are so last month. It’s time that brewers start organizing weeks of awesome events too. Check out the attached list of all the events we’ve put together. This year is dedicated to SE Portland, our neighborhood. Let me know if you have any more questions regarding events. Look forward to seeing you!

Two Gigantic Cask Beers on top of the bar – expect some hoppy selections! Lardo is preparing a special menu for the day including custom chicharones and a sandwich of the day.

Details: All ages welcome, pay as you go.

We’ll be tapping the first keg of Pipewrench: Gigantic IPA aged in Ransom Old Tom Gin Barrels. This tasty, refreshing beer is a blend of bright citrus and fruity hops, juniper, spice, and oak. The crew at Victory is also going to be serving a special Gigantic sausage of the day.

Ben and Van started discussing the possibility of Gigantic while curating the Brewer DJ series at Cheese Bar. Tonight will feature pairings of Gigantic beers and incredible cheese, and Brewer DJ sessions into the night – featuring: Dr Love, DJ Bling INTL and Guckel.

Details: All ages welcome, pay as you go. 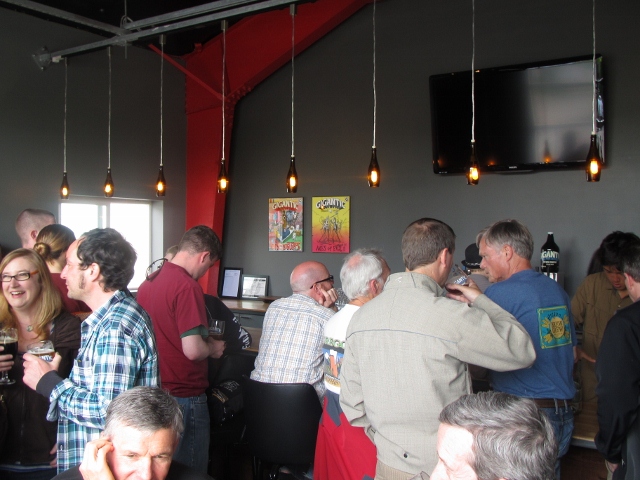 We’ll be releasing MASSIVE! – our long-boil barley wine. There will be one keg of MASSIVE! on tap and a limited number of 22oz bottles for sale. The MASSIVE! label features artwork from Portland artist AJ Fosik, who will be debuting a new piece of art at the event. http://www.ajfosik.com

MASSIVE!
Brewers in the midlands of England would boil their barley wine ales longer to intensify their flavors. In making MASSIVE!, we used only British Halcyon pale malt and boiled it for eight hours, giving the beer a deep ruby color and rich malt flavor. Heavily hopped, MASSIVE! is a beer that can be enjoyed now for its intensity, or after years, and years, and years of aging…
12% ABV 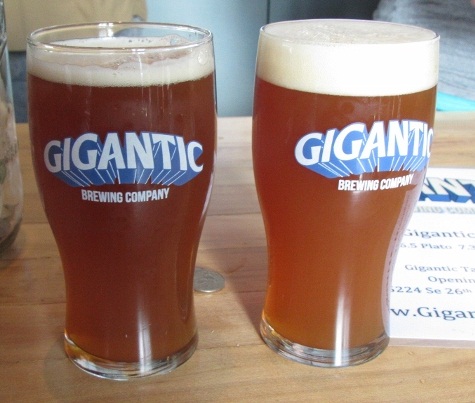 Gigantic has organized a special shipment of beers from their friends in the Chicagoland area. Breweries include Three Floyds, Solemn Oath, Piece and Haymarket. Once a keg blows, there will be something new to take its place, so get ‘em while you can.

Gigantic hosts a night of rock! The show opens with Old Kingdom, then turns it up one more as Sons of Huns take the stage. Gigantic beers on tap include: Kiss the Goat! Black Bock (the Sons of Huns collabo), Dark Meddle Vienna Lager, Whole in the Head Imperial IPA, and Gigantic IPA.

At 11am when the Brass opens: three Gigantic beers on tap, Horse Brass Menu, and EPL on the big screen. Catch the #15 bus to the 2pm Timbers vs. Chivas match. No tickets to the match? Watch the boys in green on the big screen at the Brass.

Details: Must be 21+ years of age to attend, pay as you go